Angola and Cameroon to meet in Women’s African Championship final

Cameroon will take on Angola in the final for the Edith Lucie Bongo Ondimba Trophy on Friday 18 June after the hosts held on against a spirited Congo side to win 22:21 (12:10) in their evening semi-final. Congo had reached the last four after they defeated one of the strongest teams going into the tournament, Senegal, in their quarter-final 21:20, resulting in an outpouring of emotion on court at the final whistle.

However, the tight scoreline did not reflect the dominance Congo showed in their last-eight clash, with Senegal drawing level at 20:20 with just over a minute remaining. Chances were then missed at both ends before Josephine Nkou sunk home from nine metres on the full-time buzzer to seal a place in the last four.

Title-holders and pre-tournament favourites Angola will face Cameroon in the final after they came from behind to beat Tunisia 27:23 (11:12) in their semi-final after additional time, a clash between two of the very best teams in Yaounde. 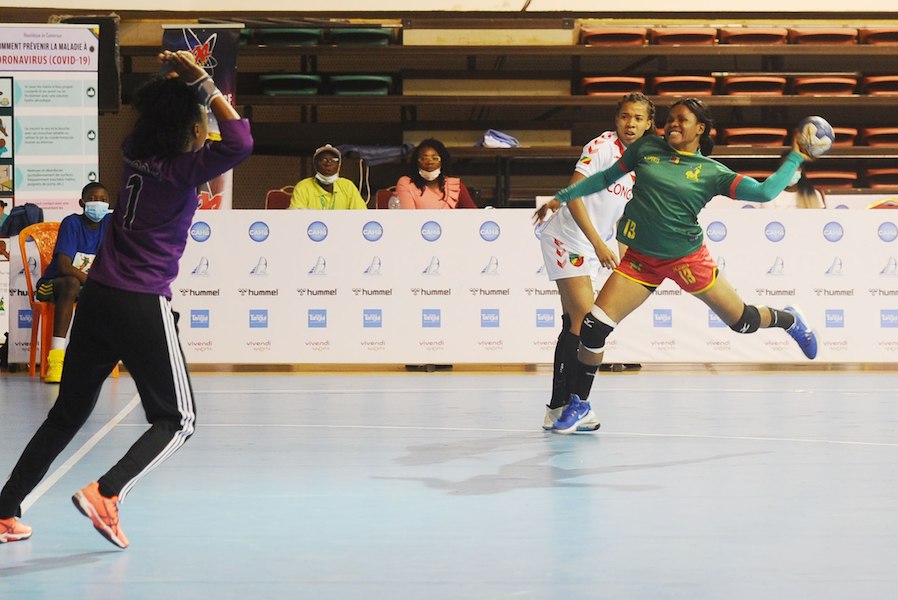 Tunisia had made the last four after beating Guinea easily in their quarter-final, while Angola defeated DR Congo by nine (29:20) in their last-eight clash.

The four quarter-final winners not only booked their place in the top four of Africa but secured their places at the 2021 IHF Women’s World Championship, scheduled to take place in Spain in December.

All games are being played at the 5,263-capacity Yaounde Multipurpose Sports Complex and are being broadcast on Cameroon's National Channel, CRTV, with live streaming also available on the official CAHB Facebook page.