While Hungary won the W19 EHF EURO 2021 without dropping any of the seven games they played in Celje, Slovenia, Italy and the Netherlands were the winners of the Women’s 19 EHF Championship 2021, in two separate tournaments that took place in Italy and North Macedonia during the past week.

Sixteen teams who failed to qualify for the European premium competition were divided into two other tournaments in the Women’s 19 EHF Championship, with seven travelling to Italy, as nine others featured in the other tournament, held in North Macedonia.

Hosts Italy were crowned champions in the tournament they hosted, after a week full of bombshell results, as favourites Spain and Serbia were shocked in the semi-finals by Italy and Lithuania.

Italy dropped their game in the group phase against Serbia (25:26), which meant they had to face the other group’s winners, Spain, in the semi-finals. A collective effort by the hosts, including limiting Spain’s attack to an efficiency of only 49% throughout the game, helped Italy to take a surprising 29:26 win.

However, the biggest surprise came in the other semi-final, where Lithuania shocked Serbia (24:23) to progress to the final, their biggest-ever result at this age category.

On the back of this superb win, Lithuania were close to take home the trophy, after a commanding 8:5 start in the final against Italy.

The hosts bounced back in the second half, though, with a superb effort from backs Giulia Fabbo and Ramona Vesna Manojlovic, who scored eight goals each, to lift Italy to a 27:25 win.

In the bronze-medal game, Serbia took a narrow 23:22 win against Spain.

In the other tournament, held in North Macedonia, the Netherlands bounced back after a shaky start to secure the gold medal.

Runners-up at the W19 EHF EURO in 2019, the Dutch side failed to achieve qualification for the premium tournament this year, but showed they are still producing quality players, by securing the first place in North Macedonia.

Confirming their status of an emerging nation in handball, the Faroe Islands won Group B, with three wins and one draw, taking a convincing win against the Netherlands, 29:22.

However, their lack of competitive matches was there to be seen in the semi-final against Poland, the Group A runner-up, who took a 24:21 win. In the other semi-final, drama was the key word, as the Dutch side and Belarus were in a stalemate after 60 minutes (22:22). The Netherlands won the subsequent penalty shoot-out 3:0 to proceed to the final.

There was no question about the winner of the competition, though, as the Dutch side took an early 15:5 lead and never looked back, as the top scorer of the tournament, left back Catharina Molenaar, scored 11 of her 48 goals in the tournament in the final.

With a 26:23 win, the Dutch side won the gold medal, as Belarus beat the Faroe Islands 27:25 to take the bronze medal. 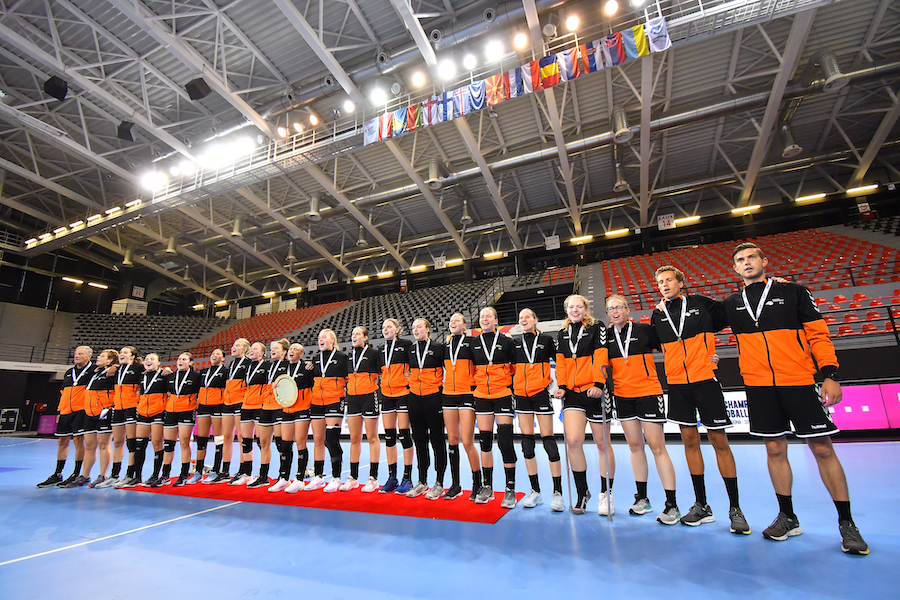