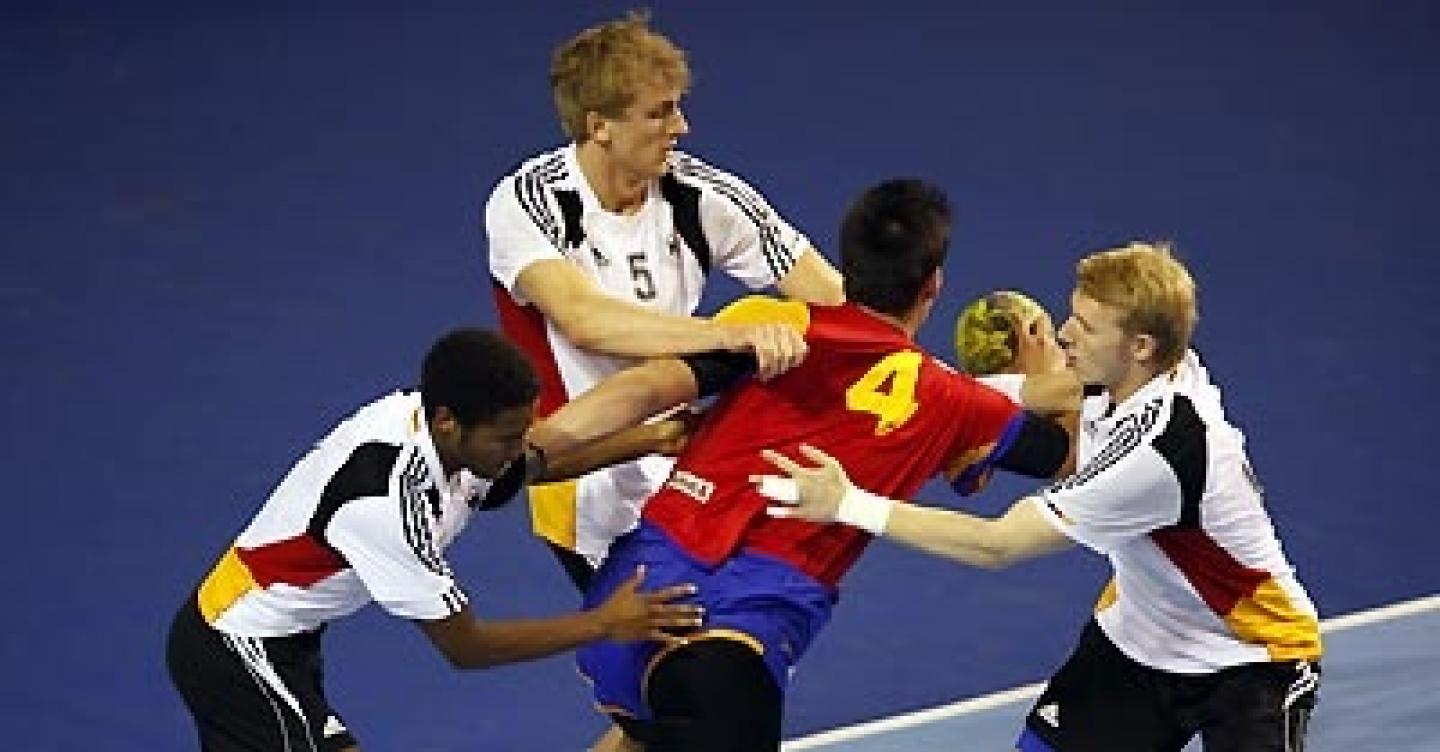 Even though Germany scored the first goal, Spain had the better start. The Iberians led after 12 minutes already with 6:2. German coach, Christian Schwarzer, took a team-time-out. After this short break Germany caught up, but Spain defeated their four-goals-advantage until half time break by leading 14:10. The Germans found back into a better condition in the second half and could equalize the match. But this short burst came very quickly to an end, when the South Europeans found back to their old strength. After 45 minutes and at a score of 21:16 it seemed that Spain would be the clear winner. The German youngsters fought, but they made to many mistakes, which brought the Spanish victory out of danger. The official result after 60 minutes was 25:22. “This day was not our day”, German coach Christian Schwarzer resumed and added: “A lot of experts saw us as the favourite, but we are here on a Youth World Championship – therefore such days are always possible.”

Denmark started strong. And also Switzerland found into the match after five minutes. And the 4:4 – draw in the beginning was a consequence of the equal strength of both teams at that time. Already some minutes later the Scandinavians started to play with more pressure, power and speed and so they climbed up from 10:6 to 15:8 after 25 minutes. Thus the match was already decided after the first half, when Denmark took the lead with a very clear 17:10. The In the second match half, the Danes were too strong for the Swiss and improved their performance from minute to minute more. The intermediate result was a mirror of the match: 22:11 after 36 minutes, 26:13 (40.), and 32:15 (50.). In the end the Denmark won with 37:20. The Champion from the II Men’s Youth World Championship 2007 came now, four years later, back to the race for a medal. The Swiss youngsters were not happy about the clear defeat in the quarterfinal, but satisfied about their performance during the entire tournament.

Sweden and Spain will meet each other in one semi final, Denmark and France will fight for the other place in the final.