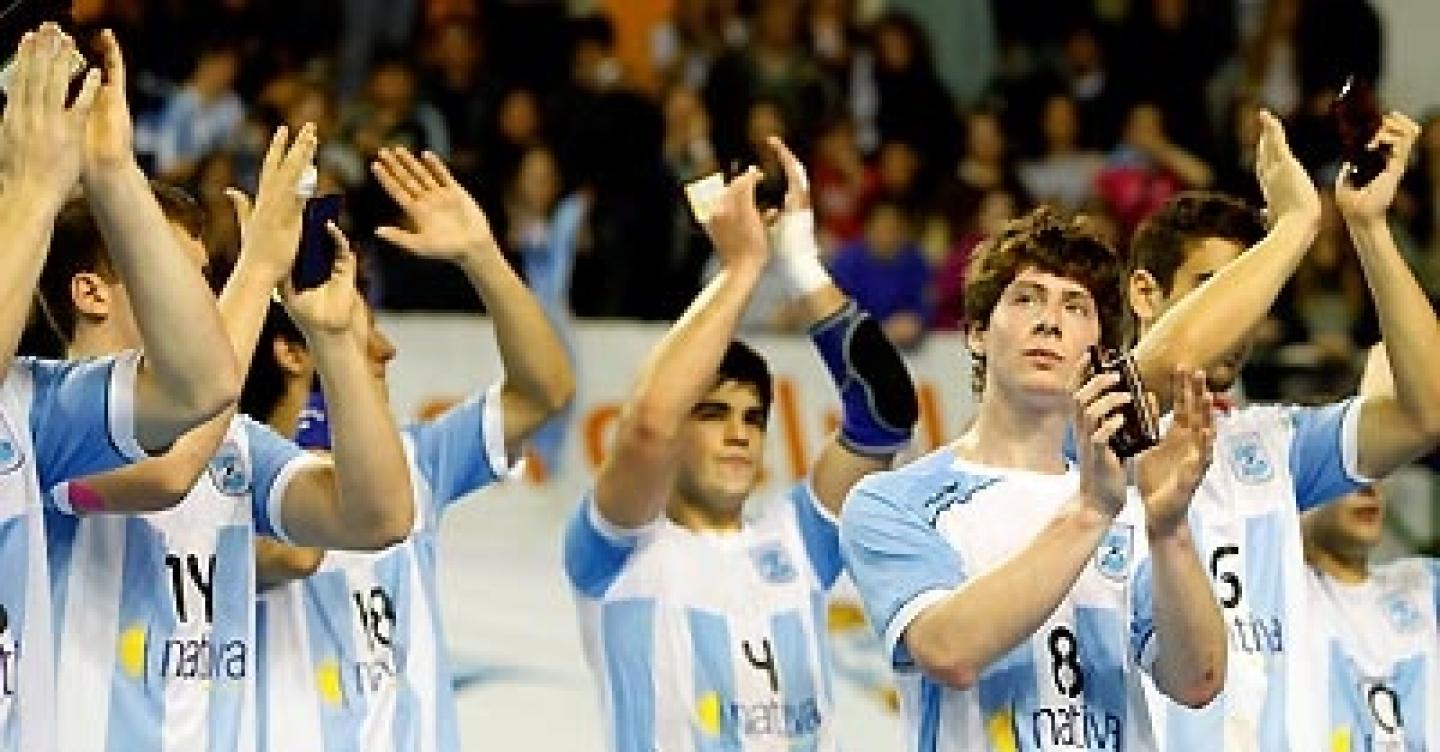 The talents from Brazil started engaged and took the lead in the first period of the game. The team from Asia was, for a moment long, really surprised, as they were normally “Quick starters”. Brazil was 8:7 ahead when Korea found back into the match and attacked with more power and their typical speed in all their actions. After the half break the leadership changed to 18:16 for the Korean youngsters who took soon the complete control over the game by increasing the goal difference to a clear result. Nevertheless the Brazilian didn’t give up easily and kept the match attractive till the end. After 60 minutes it was Korea who celebrated the victory over their Brazilian competitors. With 36:31 Korea reached rank 11.

What a thriller: The spectators in the Main Hall “Poliderportivo Islas Malvinas” were standing on their chairs when Argentina and the youngsters from Slovenia played a match full of enthusiasm, power, team spirit and speed. None of the two teams was able to be with more than two goals ahead of the other. As logical conclusion the match stood on a razor blade from the first to the last whistle of the referees. After a 17:16-lead for Argentina at half time break, it seemed that they could become the lucky winners of this match. But even though the South Americans had approached a 29:27-advantage five minutes before the match ended, Slovenia fought strongly back and could turn the game, by scoring the last five goals. This was an unfortunate end for the host. Nevertheless their fans celebrated the Argentineans. And while Argentina gained enthusiastic supporters with their way of performing at this Youth World Championship, Slovenia achieved with their 32:29-victory and rank 9, a one-digit number on the final table.