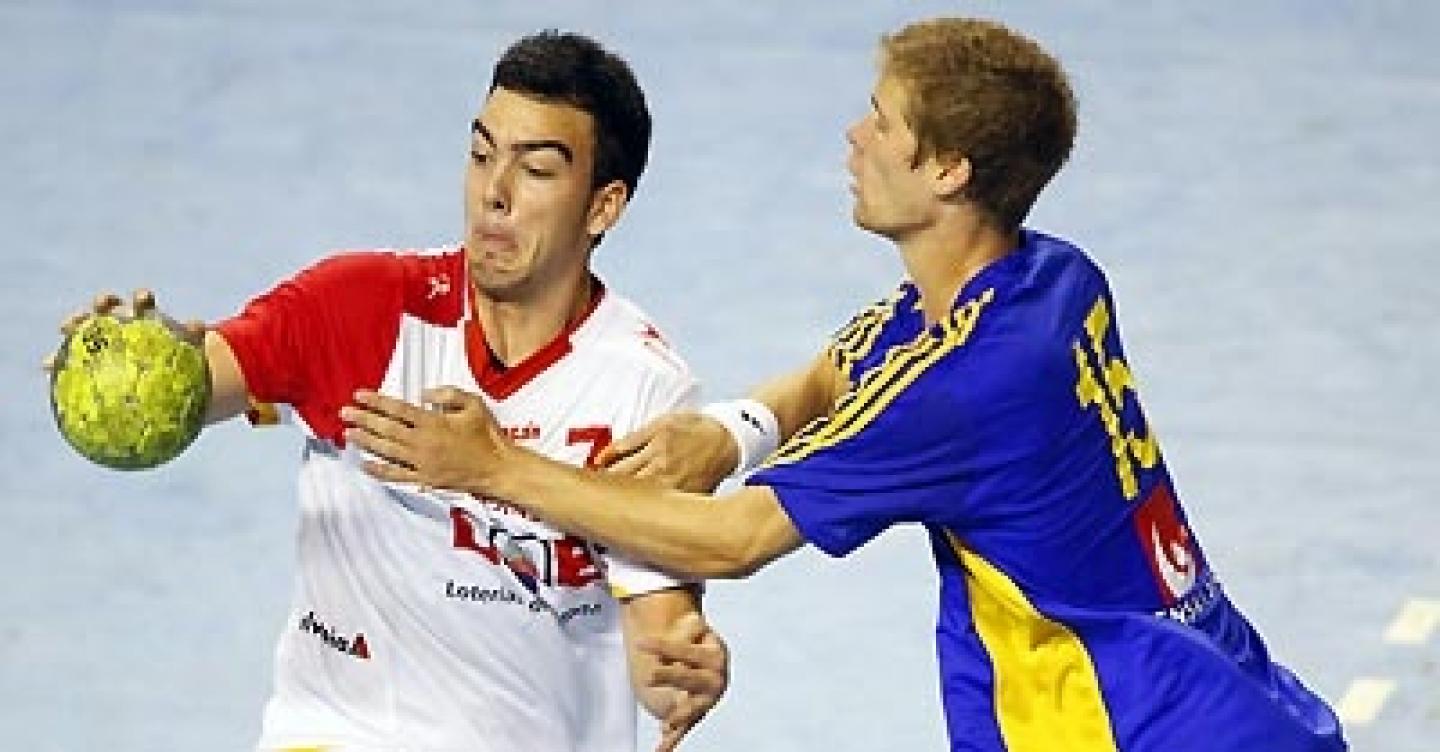 Both teams started nervous into the first semi-final. The Spaniards could earlier calm their nerves and focus on the match with the help of a good defence, high-speed attacks over the wings and team play. Sweden replied with power-handball and increased the attractiveness of the game more and more. None of the two teams were able to take the upper hand. However, Spain was leading the match the most of the time. The half time result 11:10 for Spain was the mirror of the first 30 minutes. Also the second half stayed tense as the Iberians could keep their playing level and, even more, they went into lead after 45 minutes (19:16). But Sweden changed the formation in the defence and attacked the Spanish offensive players earlier. The Scandinavians found back into the match and the previously approached goal difference melted as ice in the sun. One minute before the end of the game, the show down started: Spain led with 24:23 when Sweden did a fast break, which was kept by the Spanish and led toSpains victory. The South Europeans reached for the first time in the history of Men’s Youth World Championships the final. Sweden lost their third semi-final in a row after 2007 and 2009 and will play again for the Bronze medal.