Norway meets Russia for Gold - thanks to Nora Moerk 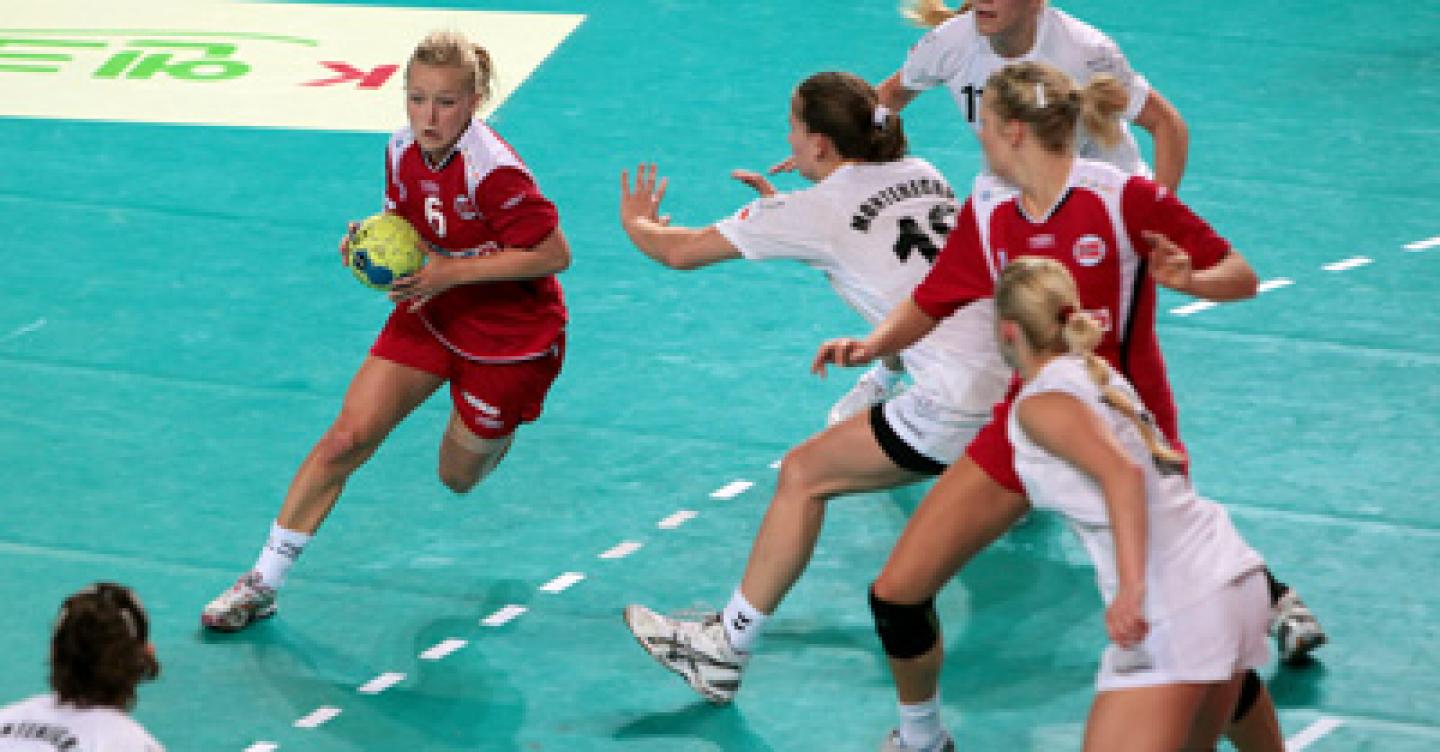 Second semi final:
Montenegro – Norway 16:26 (10:11)
The final of the 17th Women’s Junior World Championship will be played with two teams that didn’t even had qualified for the 2008 WCH in Macedonia: Norway and Russia. After the record World Champion Russia had beaten Korea in the first semi final 30:26, Norway followed them after the clear 26:16  (11:10) victory against Montenegro thanks to eleven goals of outstanding Nora Moerk and 17 saves of goalkeeper Guru Rundbraathen. As it’s the second final participation for the Northern Europeans, Russia has reached the gold match for the 13th times at a Junior WCH.  The final on Saturday (played 16.30 local Korean time) is aside the re-match of the 2005 Juniors WCH final, when Russia had beaten Norway 30:25 and won their last of in total eleven titles. Norway has never won Gold before.  In 2009 Norway had won the European title, Russia ranked third in the end. Host Korea and the team from Montenegro, which had lost too much power before to beat Norway, will meet in the Bronze final at 14:00. Despite the defeat the Bronze final is the greatest success of a Montenegrinian junior team ever. This was the opinion of coach Dragan Adzic: “This tournament was successful for us, as we didn’t expect to come so far. Norway was clearly better and is like Russia the best team in the world in this age category. So the final is a real final by looking at the quality of the teams. The distance of ten goals was too big in the end, five or four would have been enough.”
On the other hand the Norwegian coach Morten Tom Svendsen was highly happy: “We’re really looking forward to this final. We were well prepared on Montenegro, and when we were ahead with two goals we could decelerate and let them play. We always knew what we had to do. In this match you saw the importance of Nora Moerk for our team. After she couldn’t play against Korea she returned with a world class performance.” For Moerk the team performance was the key factor: “We played as a team, Montenegro had their class rather in individual performances. Now it feels real good to be in the final.”
After the real world class match Russia – Korea the first half of the second semi was imprinted by defense sides rather than by spectacular actions. Outstanding player of the first 30 minutes was right back  Moerk, who scored six of the eleven goals for the European champion that had the clear better start. But after changing the goalkeeper to Zeljka Tatar Montenegro improved after the 2:5. But Norway remained in lead with mostly three goals until minute 22, when the score was only 7:8. Though Norway went away again Montenegro reduced the gap to 10:11 at the break thanks to goal of Milica Vlahovic right with the final whistle. Norway played much more dynamic and powerful than their opponent, but didn’t take much profit from this fact, as the surprise team from Montenegro showed a great fighting spirit, especially in their movable defense – but only until minute 50. With long attacks they avoided the famous Norwegian counter attacks and kept close. And in position attacks Norway missed an unexpected big number of chances. On the other hand they had to thank their goalkeeper Guro Rundbraathen for their saves so that Montenegro didn’t take the lead. But later-on the intense defense match play cost too many powers on the Montenegro side. Either they received suspensions as they came too late in their defense actions or they were overran by Norway. After the 12:11 the Norwegians increased the lead to pre decisive six goals in minute 47 (18:12). Even a time-out didn’t help Montenegro to recover and recharge their batteries. Norway had much more alternatives on the bench than the Balkan teams, in which the top players nearly had to play the whole match time. So the clear distance remained and at least the game was decided at the score of 22:15 in minute 57. In the last minutes Montenegro resigned completely and received a ten goals difference. The Norwegian fans celebrated their team singing “Heja Norge” – and now hope for the first ever Gold medal for their juniors at a WCH. Top scorer for Montenegro was Milena Knezevic with five goals.