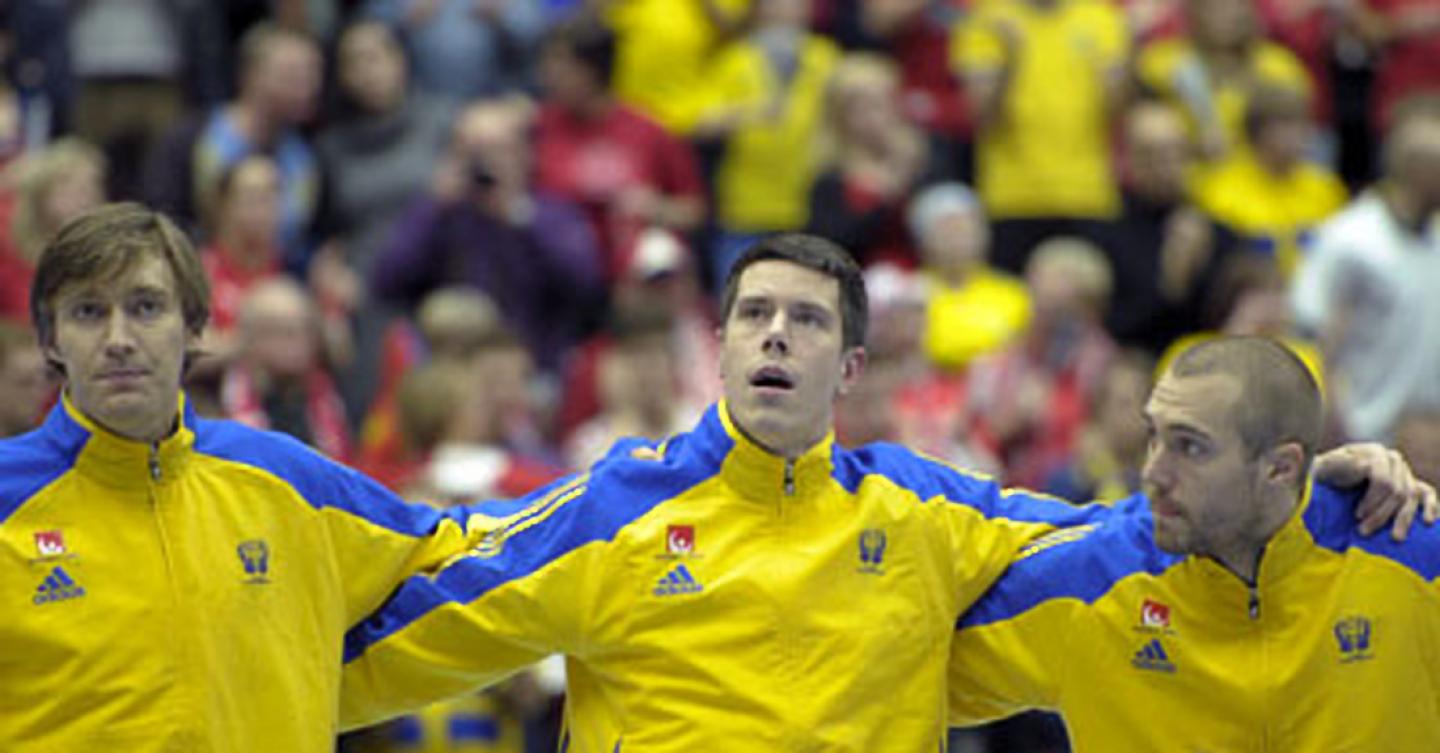 The last two matches of both Main Round groups had to decide the constellation in the semi-finals: And as Denmark beat Sweden they ranked first in group II and meet Spain in the semi-final on Friday on 28 January (20:30) in Kristianstad. France won the group I by their seventh victory against Iceland and will play against host Sweden (18:00) in Malmö on Friday. Spain and France are equal in points, but France have the better goal difference and rank ahead the Iberians. Denmark is the only team with eight victories in eight matches and lead the final ranking with 10:0 points ahead of Sweden (6:4). Aside Serbia beat Argentina and play for the places 9/10 against Norway. The Gauchos will meet Germany in the 11/12 placement match.

The Nordic duel was played in a brilliant atmosphere in the sold-out Arena Malmö  - with each 50% fan groups from both countries. As both teams had been qualified for the semi-finals before the importance was more prestige than sportive. But the base for Sweden was a bad one: They had to replace their important left-handed players Kim Anderson and Oscar Carlen. As Anderson is out for the rest of the World Championship due to a broken hand bone, Carlen might return to the semi-final after a knee injury. Until the 9:9 the match was equal with strong goalkeepers – Matthias Anderson (Sweden) and Niklas Landin (Denmark) - on both sides. Denmark went away thanks to the saves of Landin and even scored with one player less on the field. At a score of 12:9 for Denmark, Sweden missed a penalty shot and then Hans “Majestaet” Lindbergh scored twice to the intermediate score of 15:10, before his teammates extended the distance to six goals at the break. And after the break the Danish defence even improved in a highly tough and emotional match. The Swedish had to struggle hard for every goal, as Denmark scored a big number of easy goals. When Mikkel Hansen hit the back of the net to the 25:17 a pre-decision was taken in minute 49. With his sixth goal Lars Christiansen made the Danes dance and sing at the 27:21. And even as the WCh host started their catch-up chase, they only could reduce the result to 27:24.

Both teams fought hard for the fifth and sixth place in group II in the first half. After an early Argentine lead the Serbs took control, but the Gauchos still caught up to their opponent. Then the stronger back court players were the key for the Serbian 14:10 lead, but the Southern Americans came closer to 13:15 at the break – and nothing had been decided after 30 minutes. Argentina scored four straight goals after the 13:16 and changed the lead in minute 37 to 17:16. From that moment on everything was open. Mostly Argentina took the lead and Serbia equalized, no team could extend the lead to more than one goal until minute 57. The final stage was very hectic and full of mistakes of both sides. Serbia had the great advantage and led 25:23, but Argentina stood strong. 30 minutes before the end Argentina was in ball possession at the score of 26:25 for Serbia. Coach Gallardo took his time-out – but Serbia defended well. The last chance for the gauchos was a direct free throw, but they failed. After a great Preliminary Round Argentina has lost all matches in the Main Round, Serbia took the first Main Round victory.  Top scorer was Marko Vujin with six goals for Serbia.

Group I in Jönköping:

Reigning champion France saved the powers of some key players, so that the level of performance of both opponents was equal most of the time. In the re-match of the Olympics final of Beijing a huge number of spectators cheered for Iceland. The Northern Europeans kept up for a long time with the main contender of the title. Even as France led at the break they didn’t have full control of the game. In the second half the result remained equal with advantages for France, even as Iceland did all they could to stop the champion. But “le Bleus” played as cold as ice and extended the gap in the second part of the second half to four and five goals. France played more efficient in attack and the Icelandics couldn’t cope with this style of play. In the end the distance were six goals and France again showed their absolute will to win their next title. But first they meet host Spain in the semis.