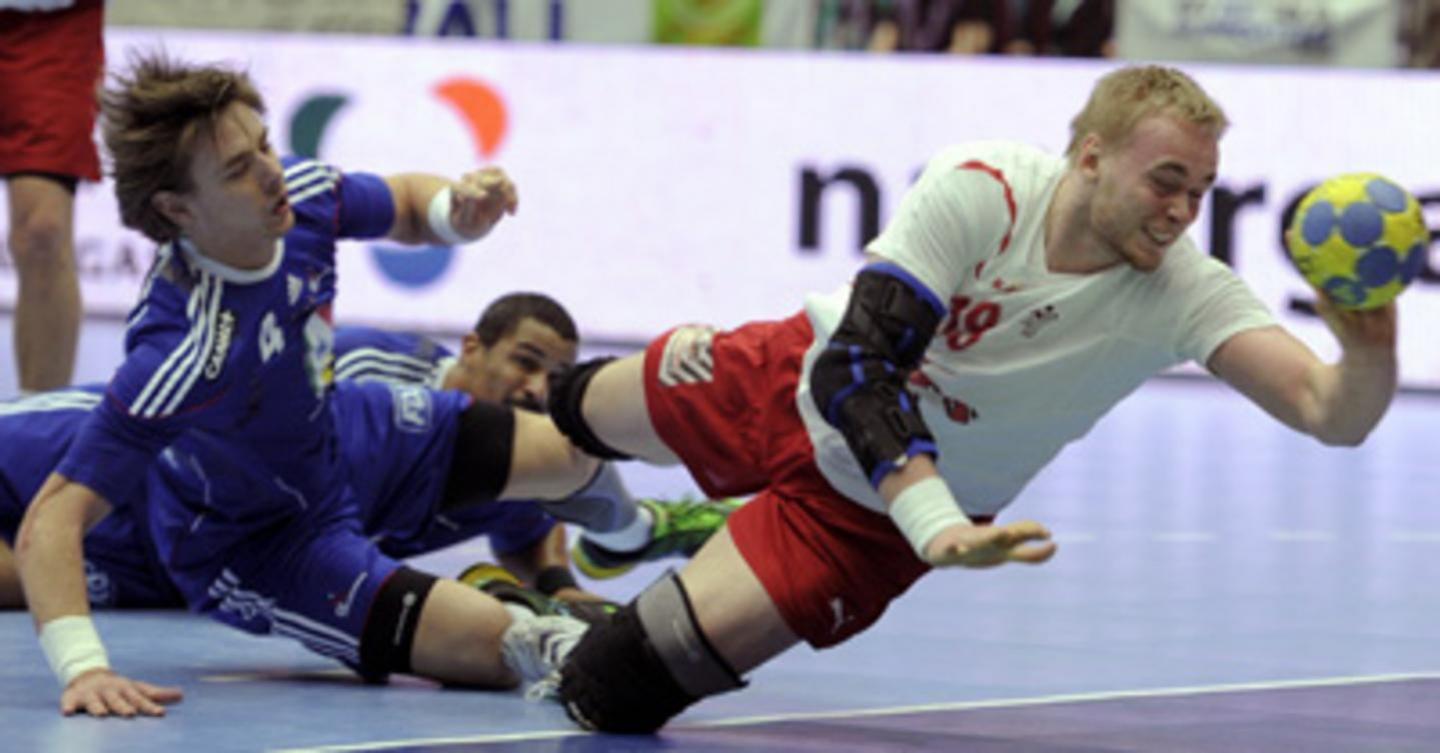 It was the most thrilling World Championships final since decades – and in the end France defended their title. The Frenchmen beat Denmark 37:35 after extra time in an incredible tensioned fight for Gold. For France it was the fourth WCh title after 1995, 2011 and 2009.

They danced over the field after 70 highly intense minutes – and then the French players were handed over the Gold medals and the trophy in the confetti rain of Malmö. On the other hand the Danes were absolutely disappointed as they were on eye level and so close to their first ever WCh title. But they received a great applause from their supporters and Crown Prince Frederic, who attended the match – and the Silver medals.

France is not only the only team which defended their title since 1974, but they’re now already qualified for the Olympics 2012 and the World Championship 2013 in Spain.

After the 9:9 the French took the control of the match thanks to their physical strong back court players Nikola Karabatic and Xavier Barrachet. This duo extended the lead first to 12:9 and then to the half time result of 15:12. And right at the re-start Karabatic extended to the first four goal lead of the reigning champion. The Danes couldn’t start their usual fast match play as the French avoided their counter attacks, which were only visible in the very beginning.

After the 20:17 for France the Danes improved their defense and stopped the French attackers – and the great show of All Star team player Mikkel Hansen started. He had his private duel with the Most Valuable WCh Player Nikola Karabatic. With his eighth goal Hansen equalized at 24:24, his ninth goal brought the 25:25. But the Danes couldn’t take the lead in this stage despite a World class performance of goalkeeper Niklas Landin – but they fought hard, even as France extended the gap to 29:27 in minute 55. The final stage was like Hitchcock: Danish equalizer to 29:29, France take the lead again – and Bertrand Gille missed the great chance to decide the game by missing the goal at the score of 30:29. Equalizer Denmark, 31:30 by Karabatic. Denmark bring their seventh field player for the last ten seconds, and right with the final whistle Bo Spellerberg hammers the ball into the back of the net – 31:31, extra time!

Thanks to three Landin saves (including one penalty shot) Denmark take the lead for the first time in the game at the score of 33:32, but Karabatic (with his tenth goal) and Guigou turned the game to the half time score of 34:33. Two goals of Jerome Fernandez and a highly important save of Thierry Omeyer then finally brought France on the winner’s way – 36:34. The twelveth Hansen goal 20 seconds before the came too late – and Guigou celebrated the final score of 37:35 with jumps over the field. Final whistle, French victory, the party night of “Les Bleus” started right on the field.