Argentina and Algeria in the Final of the President’s Cup 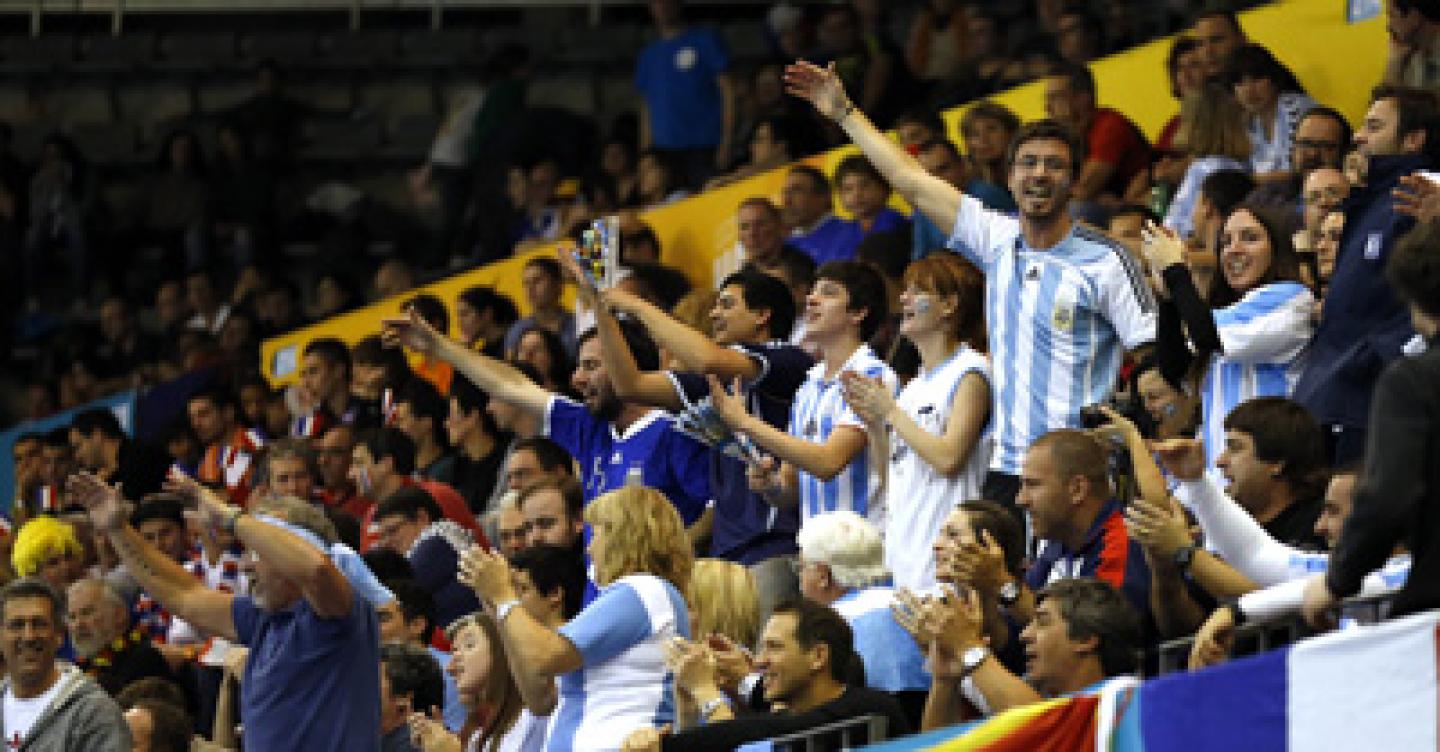 Argentina and Algeria have reached the final of the President’s Cup, which will be played on Tuesday (22 January) in Guadalajara. The Pan-American Champion made no secret of their hopes they had before, though they now fight for the positions 17 and 18.  “At first it was a disappointment to play this tournament, we expected to perform on a better level in the preliminary round and proceed to the next round”, Eduardo Gallardo, the coach of Argentina said: “But we knew that we have to win this President’s Cup, and I am happy because my team showed good spirit and attitude in our first match against Qatar,” Gallardo added.

It was not an easy way for the “Gauchos”, to clinch berth for the final. Qatar had the better start and led by 10:7 after 25 minutes. Argentina improved and was in lead by 12:11 at the break. The match was decided in the middle of second half. Argentine goalkeeper Matias Schulz showed his class and saved 45 per cent of all shots of the hosting team of the 2012 World Championship. Finally the South-Americans won by 30:26.  Eldar Memisevic, the right wing of Qatar, resumed after the match: “We caused too many mistakes and the result is fair.”

This also applies to the game of Algeria vs. Saudi Arabia. The North Africans reached the final because they had more physical powers. The rundown of the match shows that clearly. Both teams played on the same level for a long time though Algeria scored four straight goals to the halftime result 15:11. Same procedure in the second half: Saudi Arabia fought intense, equalized (23:23) after 50 minutes. Algeria found their rhythm again and punished their competitor by a final result of 28:24. Both best scorers stroke seven times, Mahdi Alsalem for Saudi-Arabia and Omar Chebour for Algeria.

The 35:31-victory for Montenegro vs. Chile was the first success of the only European team to miss the eight-finals and their first win ever at a World Championship. “We are proud,” coach Zoran Kastratovic said: “Our goal now is to return home with two victories.” The basis for the victory was a strong first half, as Montenegro led by 18:11 after 30 minutes against the brave fighting Pan-American bronze medallist, who then reduced the distance to only three goals intermediately in the second half.  Best shooter for Montenegro was Zoran Roganovic with 9 goals. The three Feuchtmann-brothers scored 17 of the 31 goals for Chile.

In today’s last match Korea beat Australia by a clear 36:14 (19:6). It was a one-sided affair. After five strong matches in the preliminary round the boys from down under were down. Korea turned on the road to victory after 22 minutes by 12:5. Korea and Montenegro will fight for place 21 and Chile and Australia will try to finish the tournament at a better rank than last.