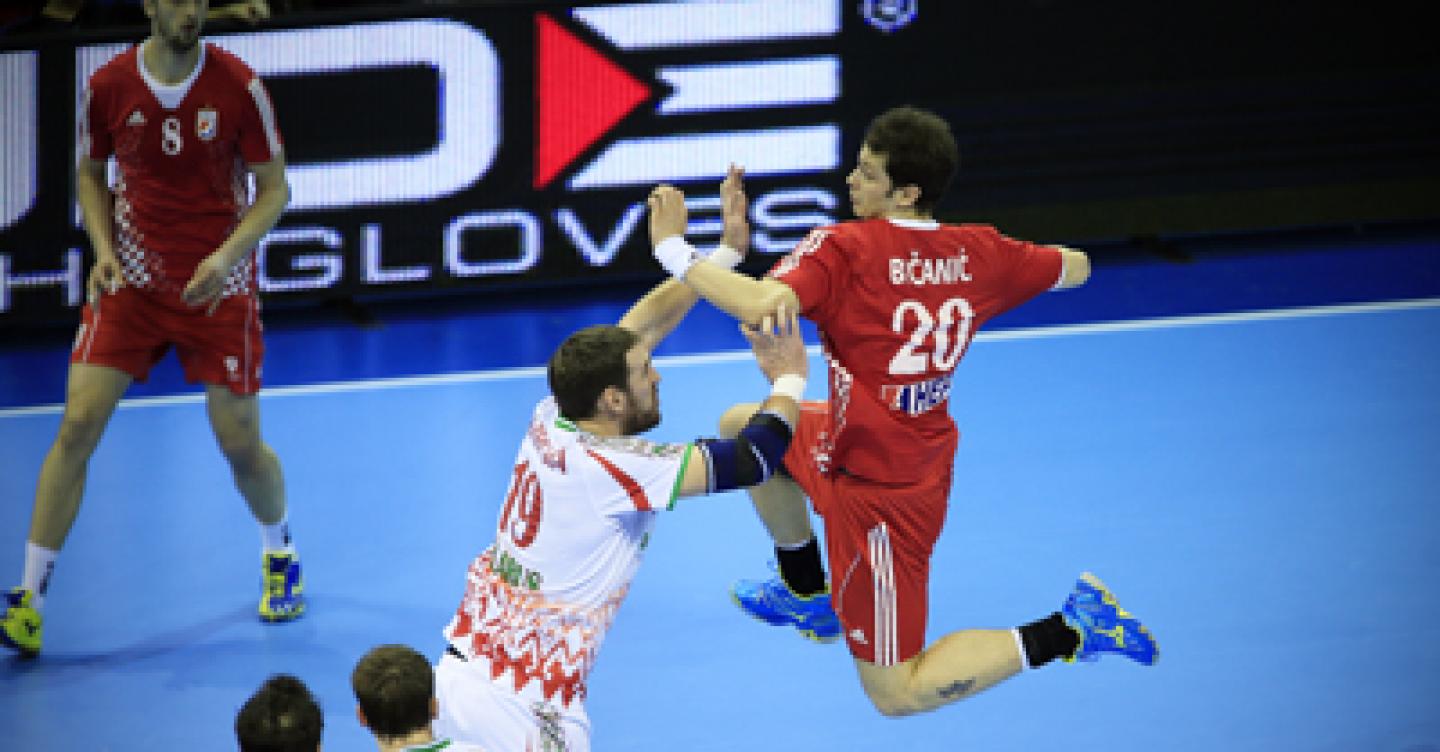 The first knock-out stage of the Men’s World Championship in Spain is completed – and Croatia and Hungary are the final confirmed participants of the quarter-final after their each clearly earned eight-final victories on Monday (21 January). The next stage will be an All-European matter, as no non-European team made it to the quarter-finals.

The fixtures for the quarter-finals on Wednesday (23 January):

None of all eight-finals was decided so early: Croatia taught a real tough lesson to the Belarussian team in the first half of the last eight-final in Zaragoza: After 30 minutes the score was already 21:9, after waves of counter-attack goals of the Olympic bronze medallist – and after the Croats decelerated nearly to zero, the final result was 33:24. Croatia now will face defending champion France in the quarter-final in Zaragoza on Wednesday 23 January – the re-match of the Olympic semi-final, which the Croatians had lost against the Frenchmen like the World Championship final 2009 and the European championship final 2010. “It’s time for revenge” is the clear motto of Croatia.

Belarus was close until the 6:4, then their competitors first scored four straight goals, before the team of Youri Chevtsov fell apart completely including an intermediate 2:11 series. One key for this sensational halftime result were the saves of goalkeeper Mirko Alilovic, another those high-speed counter-attacks – even as the Croats had to replace fast-break specialist Manuel Strlek, after he had broken his hand in the match against Spain. Coach Slavko Goluza started his rotation very early.

Thanks to the cheering from their true fans and saves of their goalkeeper Vitali Charapenka, Belarus slightly reduced the margin after the break, as the Croats had decelerated completely.

Slavko Goluza, coach Croatia: It was our goal to get a clear result as early as possible to have the opportunity to rest some players of our first line-up. And we clearly reached this goal.

Drago Vukovic, player Croatia: I am a little bit sorry that we beat Belarus so clearly especially for my friend Siarhei Rutenka, who I know for a long time. Now we have a tough match against France ahead. We are not afraid, but intent to win.

Youri Chevtsov, coach Belarus: We could gain experience by this match, which gave us the opportunity to learn. Croatia was too big for us, so it was impossible to win. But my players fought until the end. I am satisfied with the World Championship in general, as it was the goal of our young team to proceed to the eight-finals, and this we managed.

Siarhei Rutenka, player Belarus: Croatia is a great team and they have all possibilities to win the gold medal in Spain. For Belarus this World Championship was a big experience. We made it to the eight-finals, but today it was impossible to win.