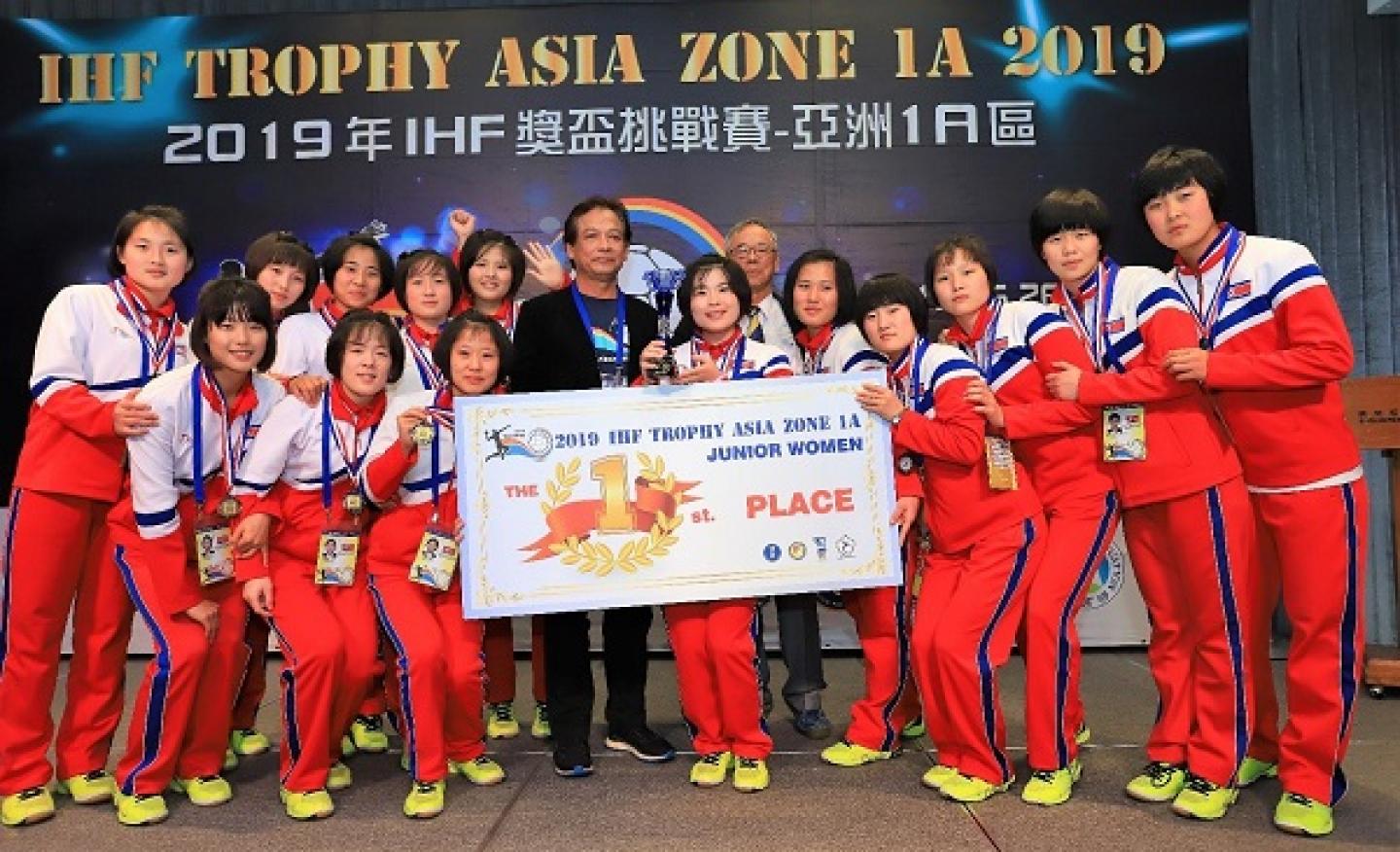 The results mean that both sides now go through to the Asian IHF Women’s Trophy Continental finals to be held later this year.

The Feng Chia University Gymnasium in Taichung played host to nine teams from five nations with Hong Kong (HKG), Democratic People’s Republic of Korea (PRK), Chinese Taipei (TPE) and Vietnam (VIE) fielding teams in both for both the youth (Under 17, born in 2002 and younger) and junior (U19, born in 2000 and younger) competitions, while Macau (MAC), entered a junior side only.

In the youth competition, Korea took the title, beating host nation Taipei 26:25 in the final – a much closer game than their group match-up which had seen the Koreans win easily, 36:29. Leading up to the final, Korea had also beaten Hong Kong and Vietnam, who eventually played for bronze, with Vietnam winning 27:21.

The junior competition featured five teams and was played in a round-robin league format. Korea came out on top with an impressive four wins out of four to end on eight points, beating their nearest rivals, Taipei, 29:25.