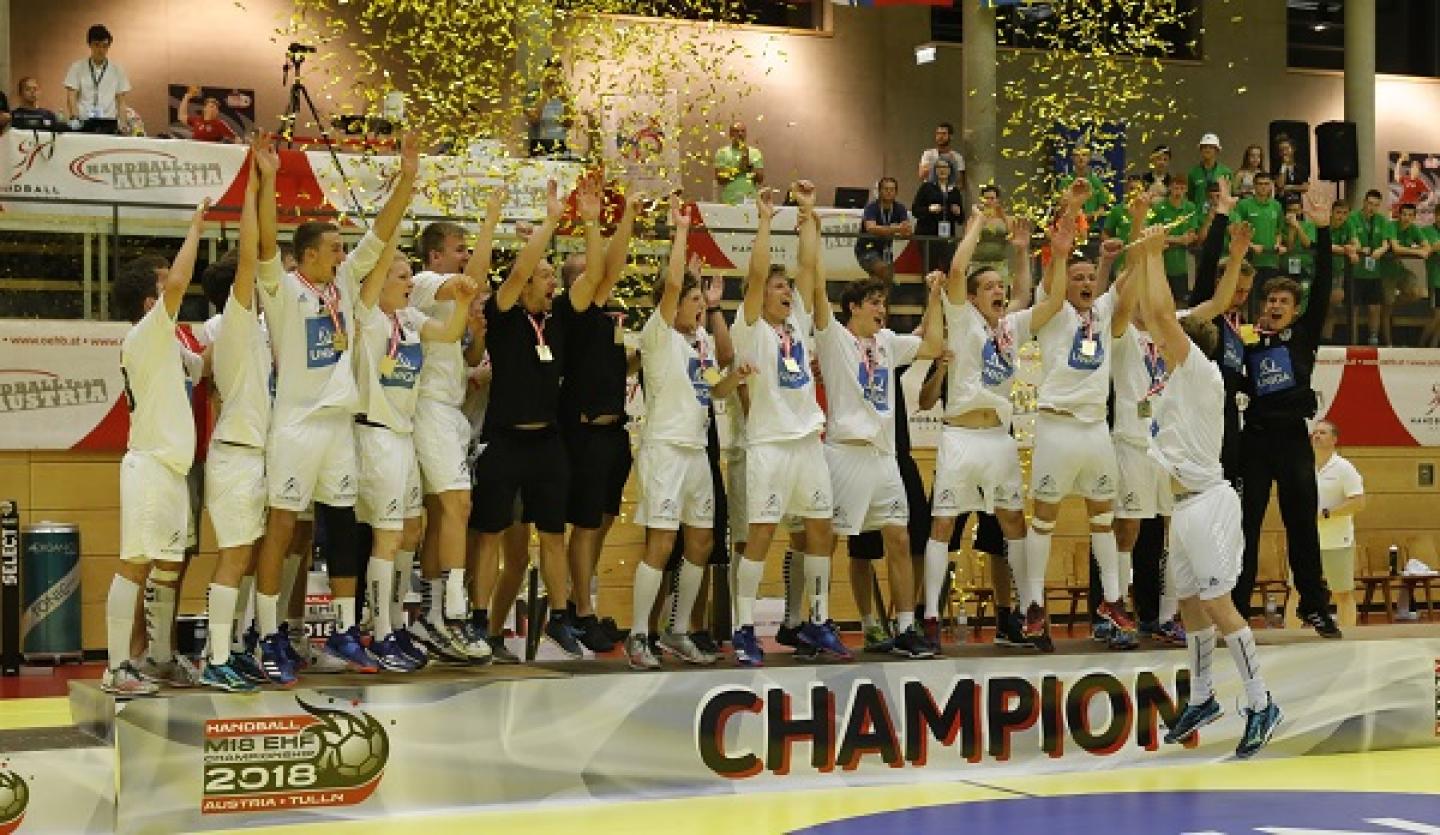 While the top-ranked European nations battled for the Under 18 continental title in Croatia, the development events for lower-tier teams, the Men’s 18 EHF Championships, were held in Austria and Georgia. At the EHF Championship in Austria, Austria took the gold medal in front of their home crowd, Czech Republic claimed silver and Netherlands celebrated bronze. At the event in Georgia, Italy raised the trophy, while Belarus ranked second and Switzerland finished third.

With the results, Austria and Italy qualified for the Men’s 20 EHF EURO 2020.

Austria and Czech Republic stand out

At the EHF Championship in Tulln, Austria, the hosts and their final opponents Czech Republic were clearly the strongest sides. Both teams finished the preliminary round on top of their respective playing groups after five wins in five matches. In Group A, Czech Republic beat Turkey, Ukraine, Montenegro, Great Britain and Ireland. In Group B, Austria collected wins over Netherlands, Slovakia, Latvia, Bulgaria and Kosovo.

The top two teams in each group qualified for the semi-finals. Austria took a dominant win against Turkey in their semi-final, while Czech Republic beat Netherlands by 10 goals. Austria and Czech Republic played a low-scoring final, with Austria claiming a 23:17 victory, led by a stand-out performance from goalkeeper Constantin Möstl.

The top scorer of the EHF Championship in Austria was Latvia’s Guntis Pilpuks, who tallied 60 goals.

The final ranking of the EHF Championship in Austria is:

Italy undefeated on road to gold

Like Austria and Czech Republic, Italy reached the final of the EHF Championship in Georgia with a perfect record of only wins. Italy topped Group B after victories over Belarus, Georgia, Finland and Greece.

In the semi-final, Italy beat the second-ranked side from Group A, Switzerland, by six goals. Belarus faced undefeated Group A winners FYR Macedonia in their semi-final, taking a 32:30 win that took them to the final.

Switzerland took the bronze medal after a close match versus FYR Macedonia ended with a four-goal score line in their favour, before Italy recorded a 31:26 win in the trophy game against Belarus.

Giorgi Tskhovrebadze finished as the top scorer, with 65 goals for Georgia.

The final ranking of the EHF Championship in Georgia is:

More information on the EHF Championships can be found on the official website of the EHF.