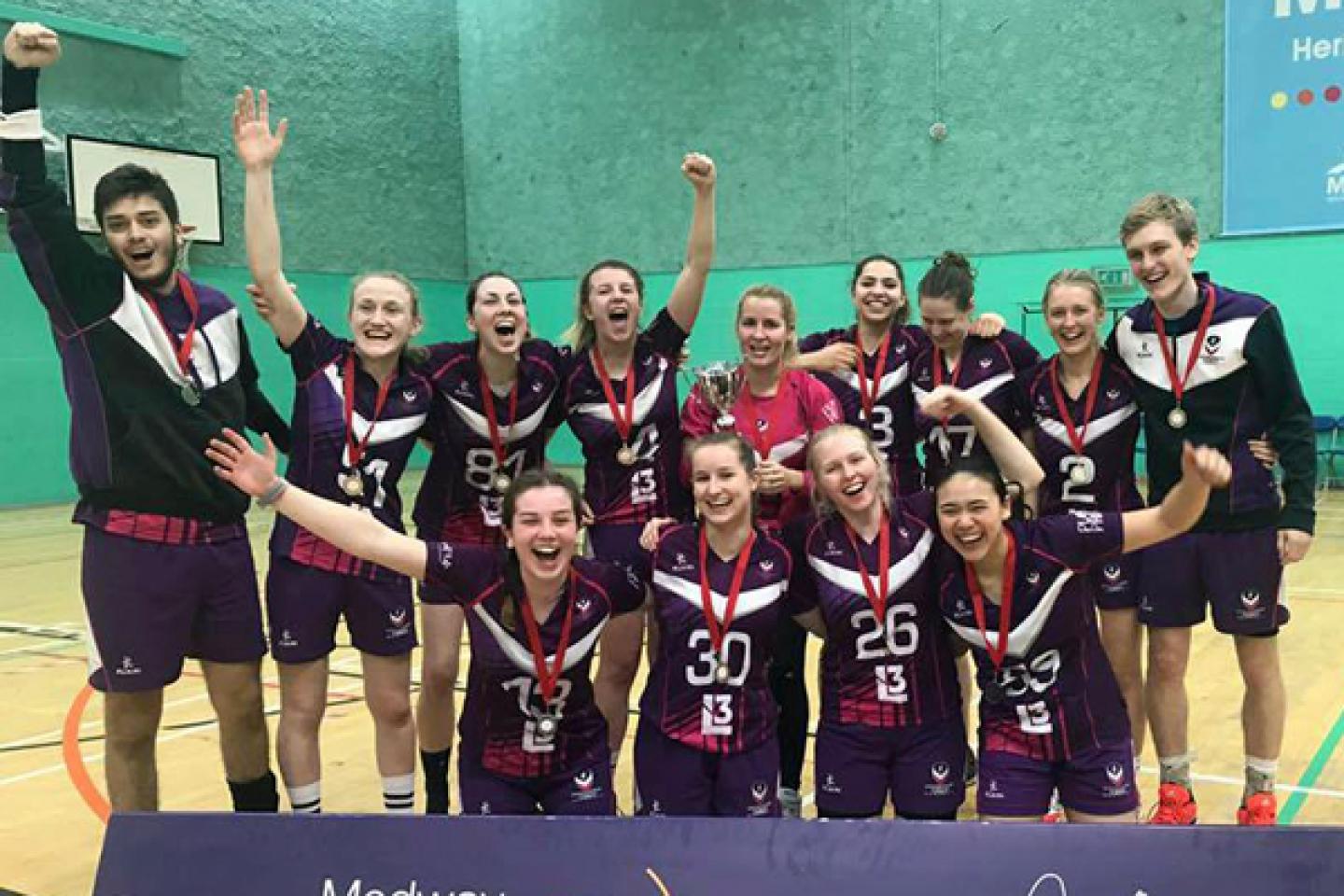 The 2018 British University Handball Championship Finals took place last month at the Medway Park sports facility in Gillingham in south-east England - the highlight at the end of a season which saw well over 50 university handball teams from Wales, England, Scotland and Ireland take part.

62 universities across England and Wales registered at the end of September 2017 to take part in their respective regional leagues, with games throwing-off from October and taking place over four dedicated weekends of handball

Unlike 2017, where five competitions featuring 74 teams were split across one weekend, the 2018 edition was split across two weekends. The first weekend featured the University Cup Finals – for those teams who had finished in the top two places of their respective regional leagues while the second weekend featured the lower-ranked teams in the men’s and women’s regional leagues in the University Plate Finals.

And the 2018 Championships did not disappoint, as they provided their usual mix of highs and lows with shortened games lasting of 20 minutes each (10 minutes each half).

Four Preliminary Groups were played in a round-robin format, with the winners from each group going straight into the semi-finals. Cranfield University overcame Durham University – who had been taken to extra time by Loughborough in their semi-final – in a very tight final to become champions.

17 teams competed in the Plate competition with the group winners and runners-up going straight through to the semi-finals and it was Leeds Beckett University who took the honours, repeating their exact same result from 2017 after defeating Welsh team Bangor University in the final following their semi-final victory against hosts, University of Kent.

Defending 2017 champions Bournemouth University were not able to attend the 2018 edition, which saw the winners and runners-up from the two Preliminary Groups qualify through to the last four. Eventually, Loughborough University were crowned champions, beating University of Nottingham in the final. Nottingham had beaten eventual bronze medallists University of Kent in the semi-finals 8:5.

From the 10 teams in the competition, the group winners and runners-up went straight through to the semi-finals with Loughborough University’s second team taking the Plate home after beating Imperial College – University of London in the final.

The championships were organised by the England Handball Association (EHA) and their National Competitions and Events Manager John Pearce was full of praise for those involved with the organisation and is already looking forward to the 2019 edition.

“Since taking over the running of the competition last year, the EHA are still evolving it to find the best possible format for the universities,” said the former Great Britain player who played in the London 2012 Olympic Games.

“For this season there have been some significant changes and we will take this into consideration for next season, 2018/19,” he continued. “This will hopefully allow us to settle on a final format which fits into the university calendar, providing sufficient and suitable competition. Once again, there have been some high levels of play and, more notably, a number of universities entering more teams than ever before.

“As always, we would like to say a massive ‘thank-you and well done’ to the Medway Council volunteers and all those at Medway who hosted the championships again as they really stepped up to the plate and did a brilliant set up. The volunteers are second to none and I can only thank them.”