There are only a few days left before the 2022 IHF Women’s Youth (U18) World Championship throws off in North Macedonia and the global flagship event for players under 20 returns after a four-year break caused by the COVID-19 pandemic.

After Croatia 2020 was cancelled, we take a walk through what happened at Poland 2018, a superb event, which featured the top teams at the level, with players that, by now, have already made their mark in the senior category.

The event: The seventh edition of the IHF Women’s Youth (U18) World Championship took place in Poland between 7 and 18 August, with 24 teams from four different continents at the start. The competition took place in two different venues – Legionow Hall and Politechnika Hall in Kielce.

The competition: The 24 participating teams were divided into four groups of six teams each, with the top four sides from each group qualifying for the Round of 16 phase, while the other eight teams went into the President’s Cup. A knock-out phase was then used to decide the winner.
Who won: Russia

Review: Boasting a nine-game winning run, Russia became the first team in the history of the IHF Women’s Youth World Championship to defend their title when they claimed gold at Poland 2018.

Only three teams won all their games throughout the preliminary round – Hungary, Russia and the Republic of Korea, with the eventual winners of the competition boasting the best goal difference, +67, after securing a three-goal win against the Netherlands and a six-goal win against Norway, in what seemed to be the most balanced group in the competition.

Hungary and the Republic of Korea also won their groups, while Romania were the biggest surprise in the first part of the competition, winning four games, including the ones against Germany, Poland and Austria. But a warning sign was their 19:19 draw against Angola, the team who finished on the last place in the group.

Recording the second-best defence, conceding only 103 goals in six games, and the second best attack, 170 scored goals, just behind the Republic of Korea, Russia were cruising to the final, courtesy of some superb games from back Elena Mikhaylichenko.

They had little trouble in the Round of 16, where they defeated Tunisia 36:16, continuing with a 29:25 win against Denmark in the quarter-finals and a 29:23 victory against Sweden in the semi-finals.

Hungary and the Republic of Korea were on a colliding path after winning their groups so that Hungary’s wins against Austria (36:22) and Spain (33:20) and Korea’s wins against Japan (36:30) and Germany (30:29) set up a crunch semi-final between two sides who won seven games on the trot.

Backed by six goals from Petra Vamos, Kira Banfai and Csenge Kucsora each, Hungary went up 19:12 at half-time and never looked back in the semi-final against the Asian powerhouse, clinching a 34:29 win to set up a superb final against Russia.

After centre back Valeriia Kirdiasheva scored 14 goals in the semi-final against Sweden, it was Elena Mikhaylichenko’s turn to shine in the final, a superb game which attracted over 2,500 fans to Legionow Hall in Kielce.

Russia were firm in control, as Mikhaylichenko, the MVP of the tournament, scored 10 goals, as they sealed a 27:25 win against Hungary, delivering their counterparts their first loss of the tournament.

Republic of Korea secured their second bronze medal in history and their third medal overall, jumping to fifth place in the all-time standings, with a 34:27 win over Sweden. 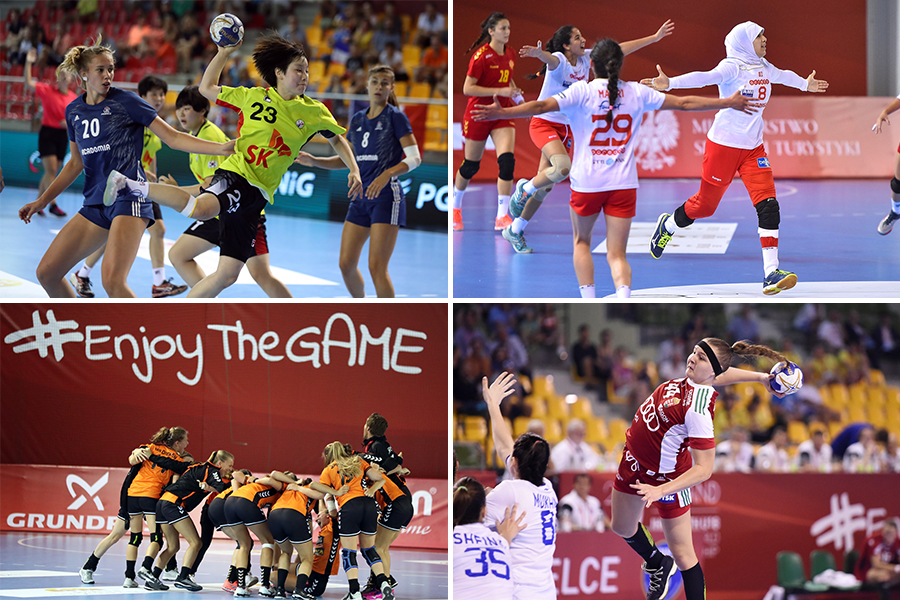