The university is the home of handball in the Asian nation and it welcomed 36 men and women in place for the eight-day course, which ran from 26 May to 2 June.

Aliraza Habibi (IRI) was nominated as the IHF Expert to run the course, with PHF President Muhammad Shafiq as the local expert. Habibi is well-versed in Pakistani handball, having worked a number of times previously in the country.

In addition to Habibi and Shafiq, Dr Asad Abbas from the POA Medical Commission and Dr Shoaib Shafiq, who holds a Master’s in Olympic Studies from Cologne Sports University in Germany, also delivered lectures.

Shafiq helped coordinate the course and delivered lectures on the fast-growing discipline of wheelchair handball while Abbas discussed a variety of medical issues relating to coaching, including doping. 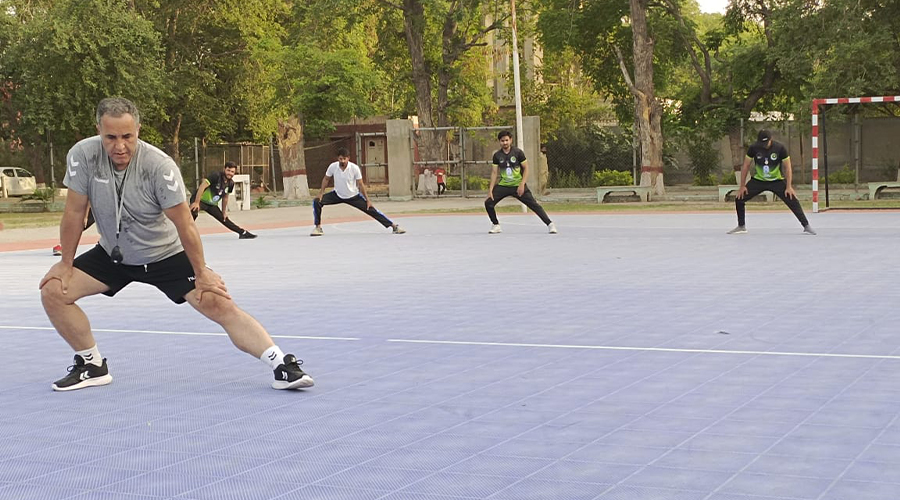 After a final examination, successful participants were presented with their certificates at the New Senate Hall in the university as part of a closing ceremony which saw Professor Dr Iqrar Ahmad Khan and Dr Ahmad Sattar Khan, the Vice Chancellor and Sports Board Chairman of the university respectively, alongside POA Vice-President Syed Muhammad Abid Qari and POA Secretary General as honorary guests.

For more information on the IOC Olympic Solidarity programme visit the official website.