With the 2022 IHF Men’s Youth World Championship throwing-off in Heraklion on the island of Crete in Greece next month, ihf.info takes a look at the last younger-age event, held five years ago in Mauritius.

A 2021 edition had been set for Nazaré, Portugal but was initially postponed due to the pandemic, then replaced by Heraklion 2022 when it was nominated in November 2021 after the event was put out to tender by the IHF in May 2021.

The event: The first edition of the IHF Men’s Youth Beach Handball World Championship, featuring 15 teams following the withdrawal of Brazil, took place in Flic-en-Flac, Mauritius, from 11 to 16 July 2017.

What was new: For many years, a youth edition of the IHF Beach Handball World Championships was in the planning stages, but it finally became reality in Mauritius after the sport was granted a spot at the Youth Olympic Games 2018 in Buenos Aires, Argentina. The debut edition of the event acted as a qualification tournament for the Youth Olympics.

It was also the first time that an IHF World Championship had been held in Mauritius.

The competition: Four preliminary groups, featuring three of four teams and one of three, saw the top three in each go through to two main round groups of six. The bottom team in each preliminary group dropped into a consolation round.

A total of nine quota places from Mauritius were available for Buenos Aires 2018, depending on a variety of allocation criteria.

Review: European champions Spain entered the championships as one of the strong favourites and started their campaign with a 2-0 (30:13 and 21:16) win against Paraguay, while Portugal and Italy showed their potential as they beat the Oceania pair of Australia and New Zealand 2-0.

By the end of the preliminary round, Chinese Taipei, Russia, Spain and Italy topped their groups, but it was by no means easy going for the Russians. In an ultra-competitive Group B, they ended equal on points (4) with both Venezuela and Thailand, but took the top spot after the calculators were brought out.

Spain also confirmed their top rank, defeating the strong Argentina side via a shoot-out to win 2-1 (25:17, 13:15, SO 9:4). In a crucial Group D match, Australia beat their fierce rivals and neighbours New Zealand 2-0 to confirm the third main round qualification spot in their group and their Oceania quota place for Buenos Aires.

The action heated up on the Mauritian sand in the main round with Russia, Thailand, Italy and Spain leading after the first day of action. Russia and Spain would confirm their quality, finishing top of the two main round groups.

Spain’s path to the final was set and after taking down Chinese Taipei in the last eight and Argentina in the semi-finals without losing a set, they would face Italy in the gold-medal match, with the Italians also impressive in their knockout matches, taking two 2-0 wins against Venezuela and Russia.

“We have proven our domination in beach handball and words can’t describe our happiness,” said Spain coach Bernal Rodriguez after the result. 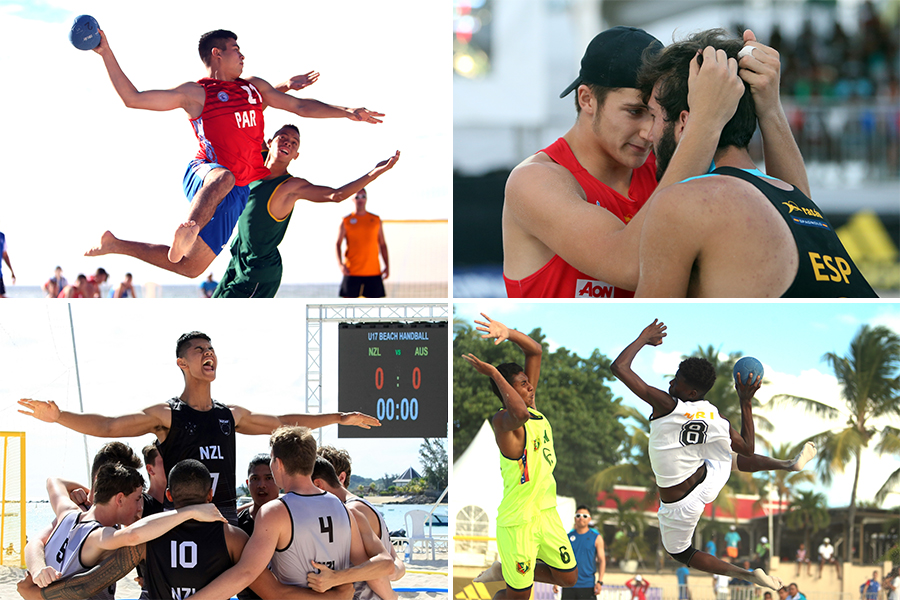 What happened next: The 2018 Youth Olympic Games in Buenos Aires