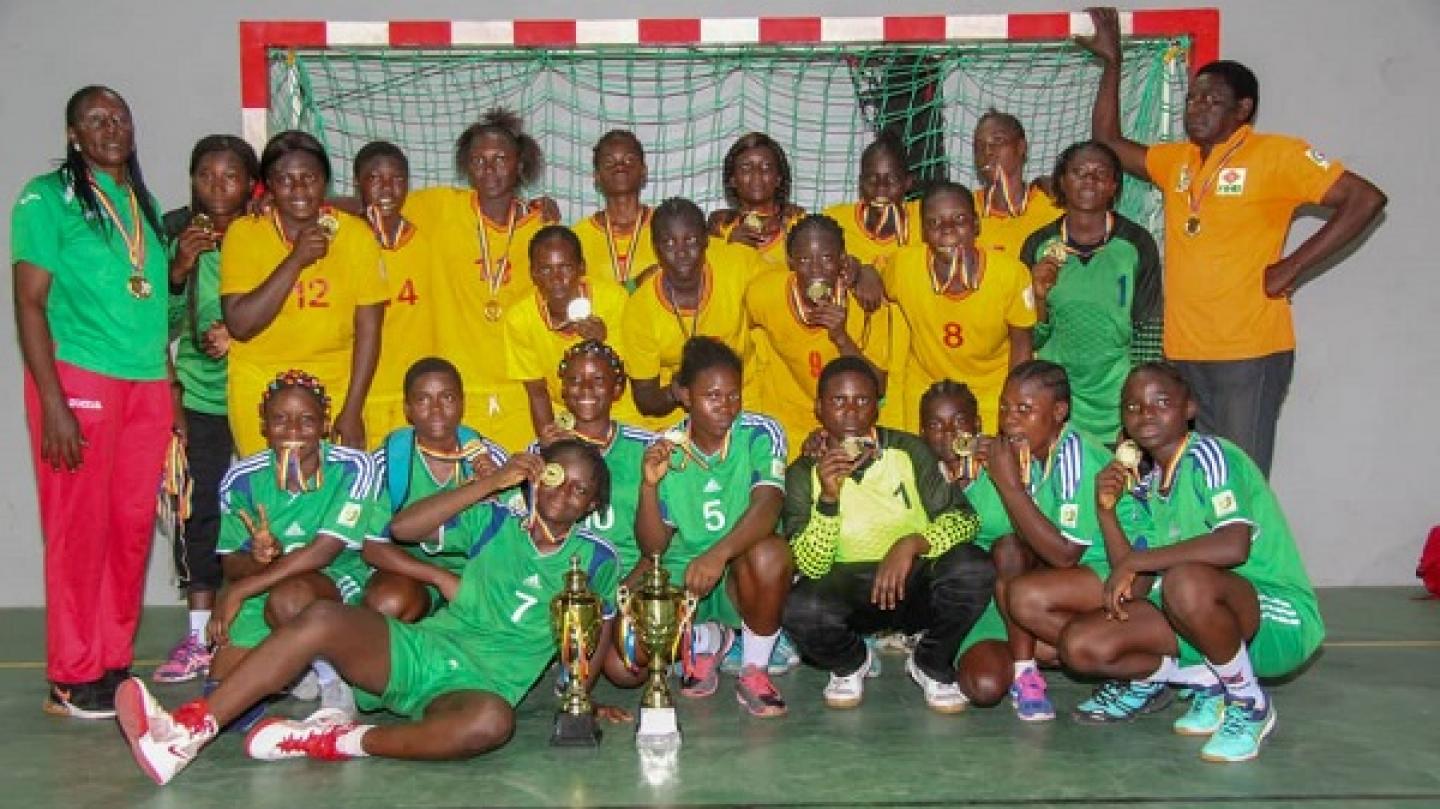 DR Congo’s capital city Kinshasa saw four days of match action this past week as teams from across the region in both the youth and junior age categories competed for the 2019 IHF Women’s Trophy - Africa Zone IV title.

Four nations were competing in the tournament: Central African Republic (CAF), Cameroon (CMR), DR Congo (COD) and Morocco (MAR), but due to their passports not being presented correctly, the Central African Republic (CAF) were allowed to compete, but not able to be ranked, and the late arrival of the Cameroon youth team saw them forfeit their first game, against CAF.

All games were played at the Kinshasa Renes French School (Lycée Francais de Kinshasa Renes) hall and an outdoor court, Tata Rafael Ground (Terrain Tata Rafael) with games outside reduced to two halves of 25 minutes each due to climatic conditions.

Both the junior and youth competitions were played in a round-robin league format, with all teams playing each other once. The top two in each group will then played off for the gold medal and third and fourth place for bronze.

Following the completion of the preliminary group stage, DR Congo topped their group with three wins out of three and a goal difference of +43, followed by Central African Republic, Cameroon and Morocco, with two points each.

In the junior competition, the host nation were also top with six points out of six and a goal difference of +39, in second spot was Cameroon with four points (+50 goal difference), followed by Morocco, on two points and Central African Republic on zero.

The two bronze medal matches saw Morocco take on Central African Republic and it was the Moroccans who grabbed both medals on offer. Firstly, their youth side easily won 18:8, but it was a different story in the junior final as it took seven-metre throws to separate the two teams who could not be separated in normal time. In the end Morocco ran out 27:26 winners.

The final saw the host nation fans expect a double gold medal performance as their teams took on Cameroon in the finals as both their junior (31:23) and youth teams (20:17) had beaten the Cameroonian teams in the Preliminary Group stage.

CAF vs CMR Forfeited, due to late arrival of CMR