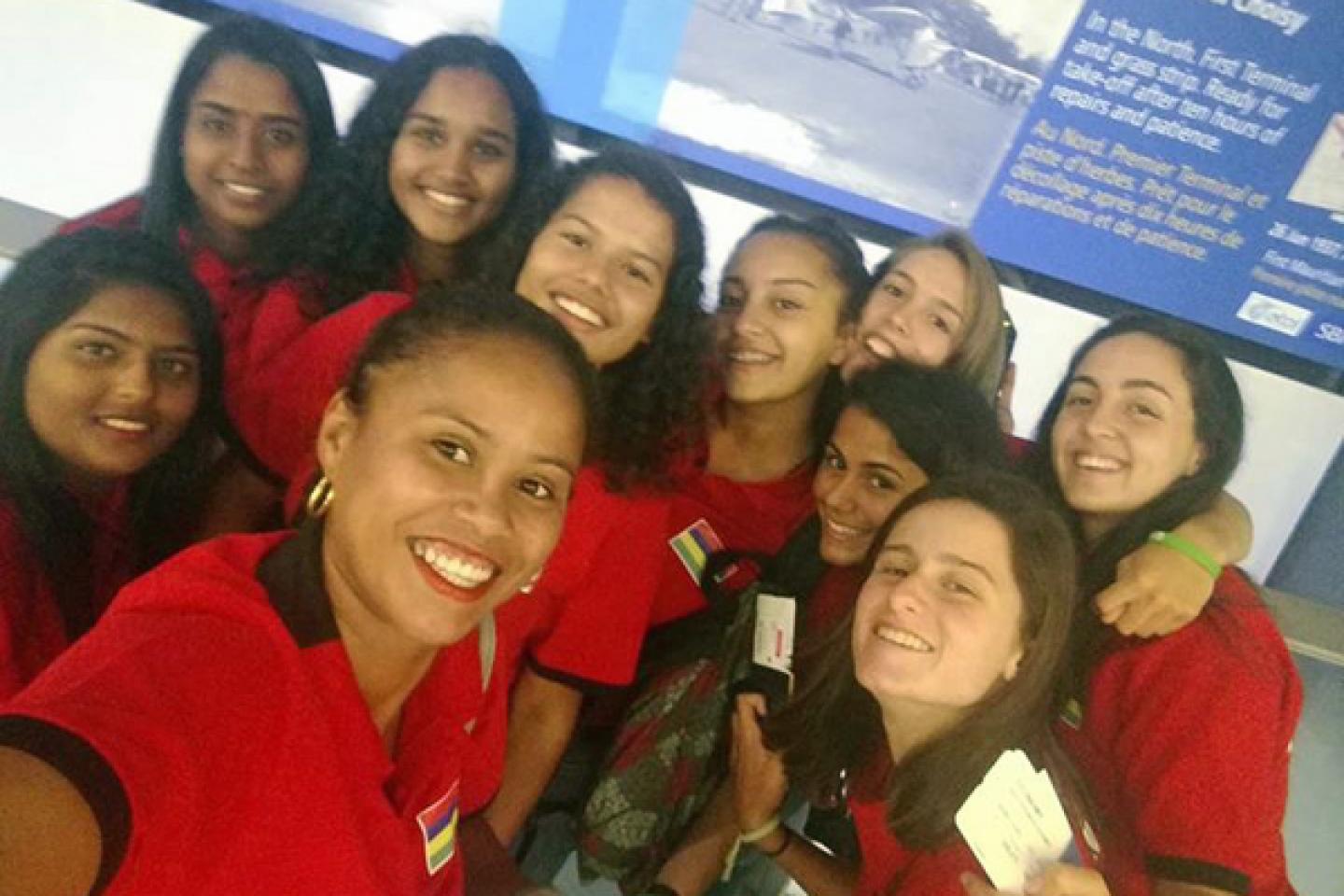 Even before the first-ever 2017 IHF Women’s U17 Beach Handball World Championship had started, Mauritius knew that, as the only African women’s team present, their ticket to Buenos Aires 2018 was already confirmed and maybe, with that in mind, the results did not go their way as they lost all three preliminary round games 2:0 (vs PR of China, Thailand and Venezuela), their two consolation group games 2:0 (vs Paraguay and Australia) and both of their 9-14 placement matches 2:0 (vs Croatia and American Samoa).

A combination of losing all seven games without winning a set, players stopping due to higher school examinations, personal reasons and difficulties training together with players living on two islands meant that the girls’ team was restarted in 2018.

After participating in the indoor handball competition at the 2018 Indian Ocean Youth Games in Djibouti last April, most of the girls moved to the beach handball team and due to the small amount of beach handball courts in Mauritius, training sessions were conducted both on sand and inside. For the whole squad, Buenos Aires 2018 will be their first international competition.

Coach Sheron Raboud-Amoordon will oversee both the Mauritian men’s and women’s teams in Buenos Aires after being the assistant coach for both at the 2017 World Championships. A handball player for over 20 years, she participated in various Indian Ocean club tournaments and was champion for seven consecutive years in the local handball championship as well as being captain of the national team at the 2015 Indian Island Ocean Games in Reunion.

After attending several coaching courses back in 2003, Raboud-Amoordon started coaching at youth level with the Mauritius boys and girls’ teams aged 11-15 years old back in 2003 after. In 2016 she participated in an IHF Beach Handball course as part of the IHF Trophy delivered by IHF Lecturer Davor Rakovec and then coach the women’s U21 national team at the IHF Trophy in 2010 and 2014.

“Our national team has young players with little experience,” said Raboud-Amoordon to IHF.info. “They do not have the opportunity to participate in tournaments and international competitions, but they have made a lot of progress during the past weeks.

“They are all motivated to give the best of themselves, to play well during the competition and to win at least one match.”

Mauritius will be hoping to cause a small upset in their first game in Argentina as they face Croatia in a group which also features Hungary, American Samoa, Chinese Taipei and Russia.

“The teams in our groups are great teams with a lot of experience as they participate in tournaments on a regular basis,” added Raboud-Amoordon. “They are all used to international competition and have had a long preparation time since their Olympic qualification.”

The Mauritian women’s team have been training three times a week as part of their preparation, which also included fitness sessions and just before they travelled to Argentina they played in a friendly match against the Mauritian senior team.