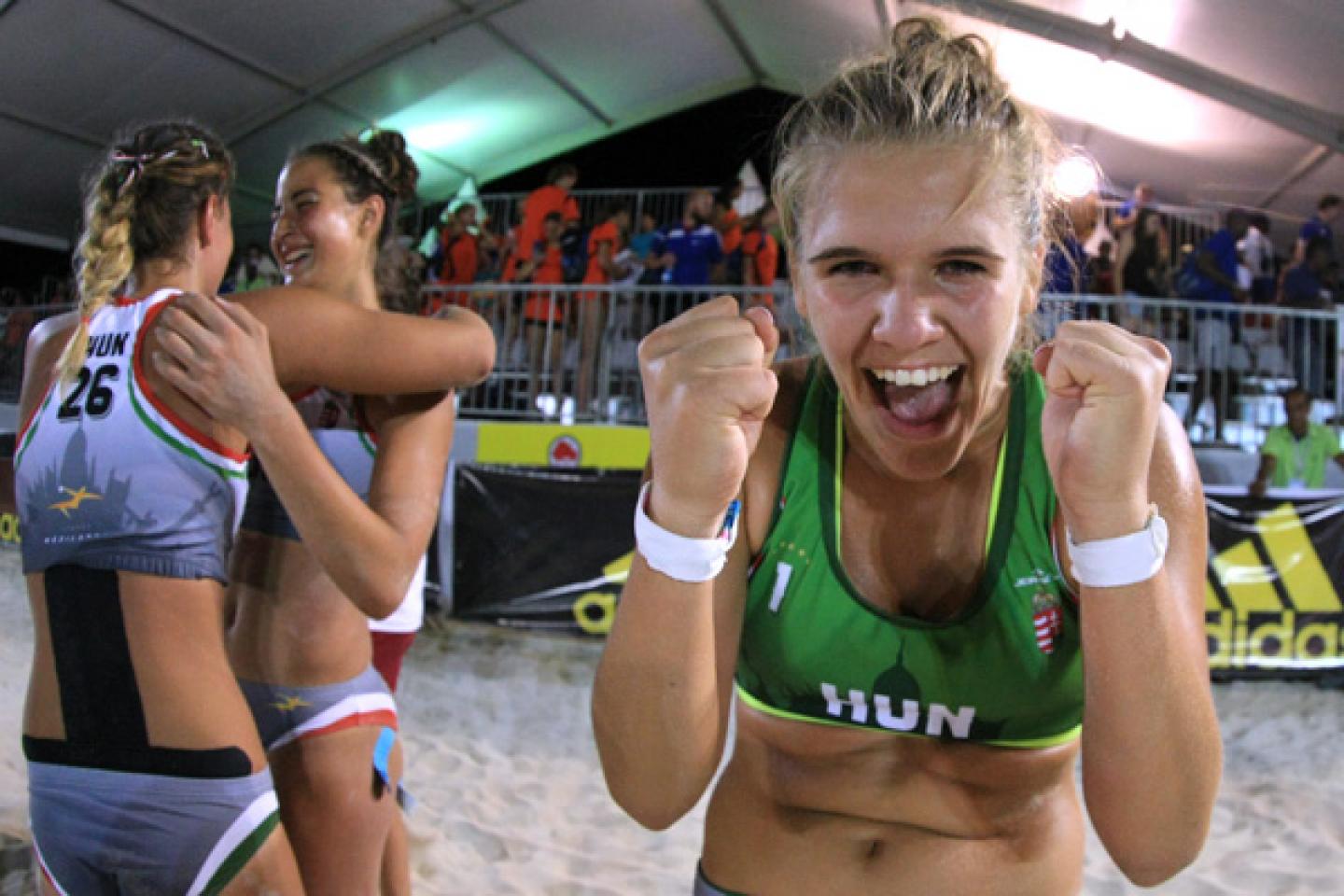 Netherlands and Hungary will meet in the gold medal match of the IHF Women’s U17 Beach Handball World Championship. Portugal and Argentina will define the third place as all quota places for the Buenos Aires 2018 Youth Olympic Games are to be decided.

The European champions Netherlands are World Champion finalists after they beat Argentina 2:0 (28:19 and 22:14) in the semi-finals. Previously, they had won in two sets versus Thailand (24:17 and 18:12) in the quarter-finals.

Argentina will meet Portugal in the bronze medal match.

Check out here the complete Match Schedule for the final competition day at Mauritius 2017 including placement matches.