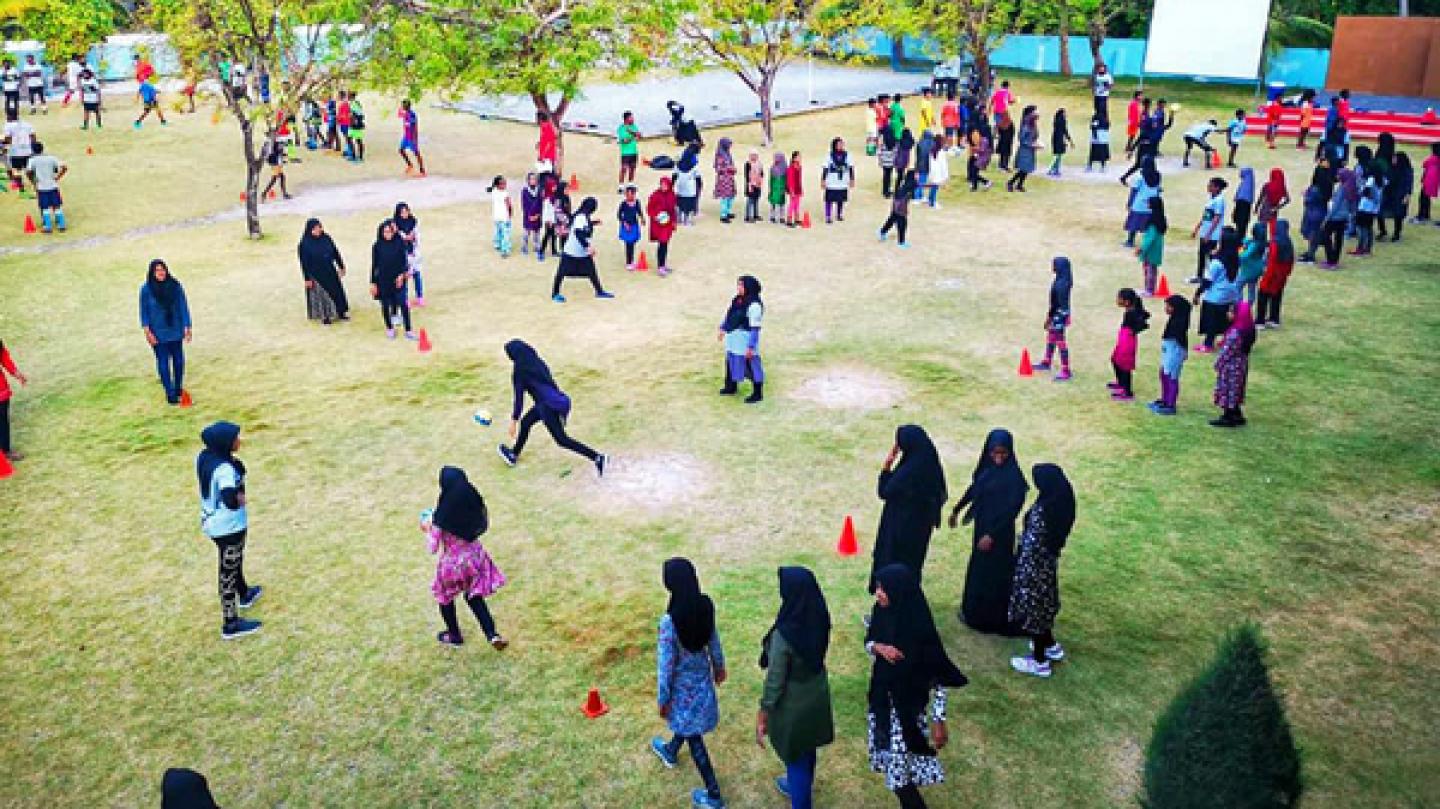 It has been a busy few months already in 2019 for handball in the Maldives, the Asian nation in the Indian Ocean, consisting of 26 atolls.

A number of coaching and developmental programmes have already been completed with others underway, plus two successful large-scale competitions have been delivered, or are ongoing.

Atoll Development Programme
Interested participants from the islands of the Raa Atoll were able to attend a coaching camp organised by the Maldives Handball Federation (MHF) back in February.

A total of 38 people from eight islands in the Atoll took part, with 30 completing the camp and 25 passing the course to achieve the ‘Basic Handball Coaching’ certificate. Participants were also given a handball to take away and continue promoting the sport.

In addition to the coaching camp, 125 students from Hulhudhuffaaru School in Hulhudhuffaaru, one of the inhabited islands of the Atoll, took part in a handball training camp with the support of Hulhudhuffaaru Sports Club (HSC) from 1-10 February.

The main objective of the camp was to introduce handball to the young people of the island, with course delivery handled by the Maldives national team head coach Mohammad Amzad Hossain and Referees Commission Member Mohamed Shizleen.

“These camps very successful and will have a positive impact among the youths on handball of Raa Atoll islands,” said Amzad Hossain. “Many coaches passed the course and we hope they can be the future leaders on their island in developing handball.

“The large numbers of young people attending the handball training camp in Hulhudhuffaaru clearly shows the growing interest in handball in the atoll, and our country as a whole,” he continued. “I see many opportunities for the young people and the newly-qualified coaches in the future.

“Our ‘Atoll Development Programme’ aims to progress and develop handball in the various atolls and this has clearly demonstrated that.”

The Maldives were also present at the first version, held in Tokyo, Japan, back in March 2018.

Further information can be found HERE.

4th Junior Handball Referees Course
The course for young whistlers took place at the National Handball Ground from 16-21 March with 71 participants in attendance.

The course was delivered by Maldives Handball Federation Technical Director and national team coach Amzad Hossain assisted by a variety of senior referees and officials.

Schools Development
A number of competitions and small courses have been held across the country. The all-girl Maafushi School held an ‘Inter-House Handball Tournament’ with a large number of players from Key Stages 1, 2, 3 and 4 participating, while another all-female school, Hulhudhuffaaru School, held their own tournament.

In addition to the individual school delivery, the ‘2019 Inter-School Handball Tournament’ is currently underway throughout this whole month (1-30 April).

A number of events are set to take place in the Maldives throughout the rest of 2019 and IHF.info will bring you all the news when it happens.

The Maldives Handball Federation (MHF) has been a member of the IHF since 2011 and more information about them can be found on their official Facebook page HERE and website HERE.