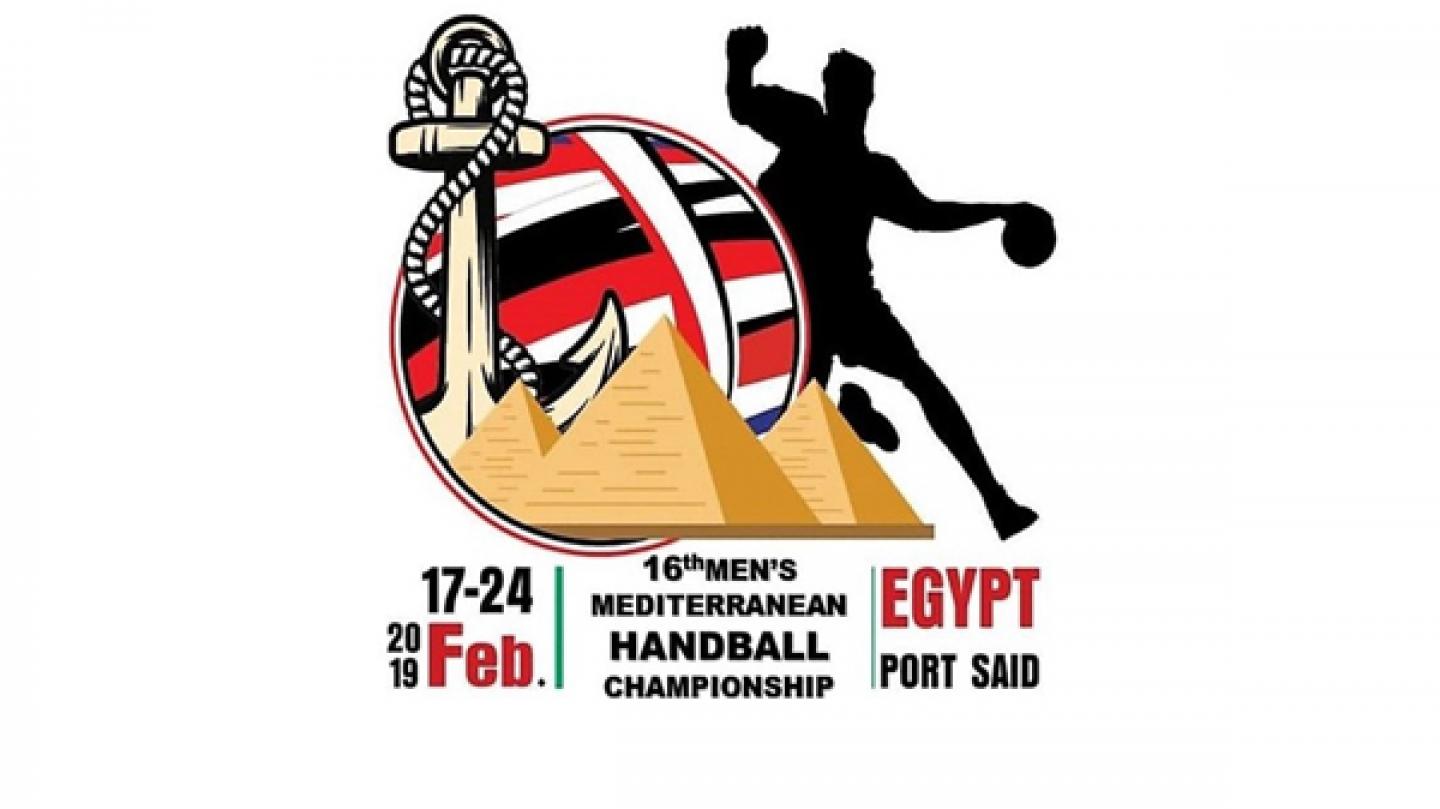 Teams from around the Mediterranean region and further afield are arriving in Port Said, Egypt, today (Sunday 17 February) ahead of the start of the 16th edition of the MHC Men’s Mediterranean Handball Championship tomorrow.

In total, 12 nations will participate in the competition for players born in 2002 or later, playing to the adapted handball rules of the Mediterranean Handball Confederation (MHC).

The MHC Men’s and Women’s Mediterranean Handball Championships play to slightly different rules than the standard IHF Rules of the Game. Up until the final, games in the championships consist of three 15-minute thirds – 45 minutes in total. The final is 60 minutes, consisting of three 20-minute thirds. All games allow for three timeouts per team.

In each half, one more point will be available for the winner and in case of draw, the point will be divided by both teams (0.5 each) – each match should add up to five points in total.

Ahead of every game, a draw for which side of the court and possession of the ball takes place, and at the end of the second period.

The 2019 Men’s Championship will start with a preliminary round featuring two groups of six teams each with the top four in each group moving forward to the beginning of the knock-out stages, starting with the quarter-finals, then semi-final and final. Teams ranked 5th and 6th after the preliminary round has finished will play in a 9-12 placement round.

The match schedule features all 12 teams playing twice each day across the first two matchdays, on Monday 18 February and Tuesday 19 February with one game on Wednesday 20 February. Thursday 21 February will feature the quarter-finals and start of the 9-12 placement round with Saturday 22 February seeing the semi-finals and day two of the 9-12 games. The final matchday, on Sunday 23 February, features the final at 16:00hrs (local time), preceded by the bronze medal match and all other ranking matches before teams depart Egypt the following day.

The draw for the preliminary round groups will take place this evening as part of the technical meeting which is due to start at 21:00hrs (local time). IHF.info will bring you the results of the draw and finalised match schedule later on.

France’s men won the last edition in February 2018, and their women also won the 2018 edition back in April. The next MHC Women’s Championship – the 14th edition – will take place from 14-21 April.