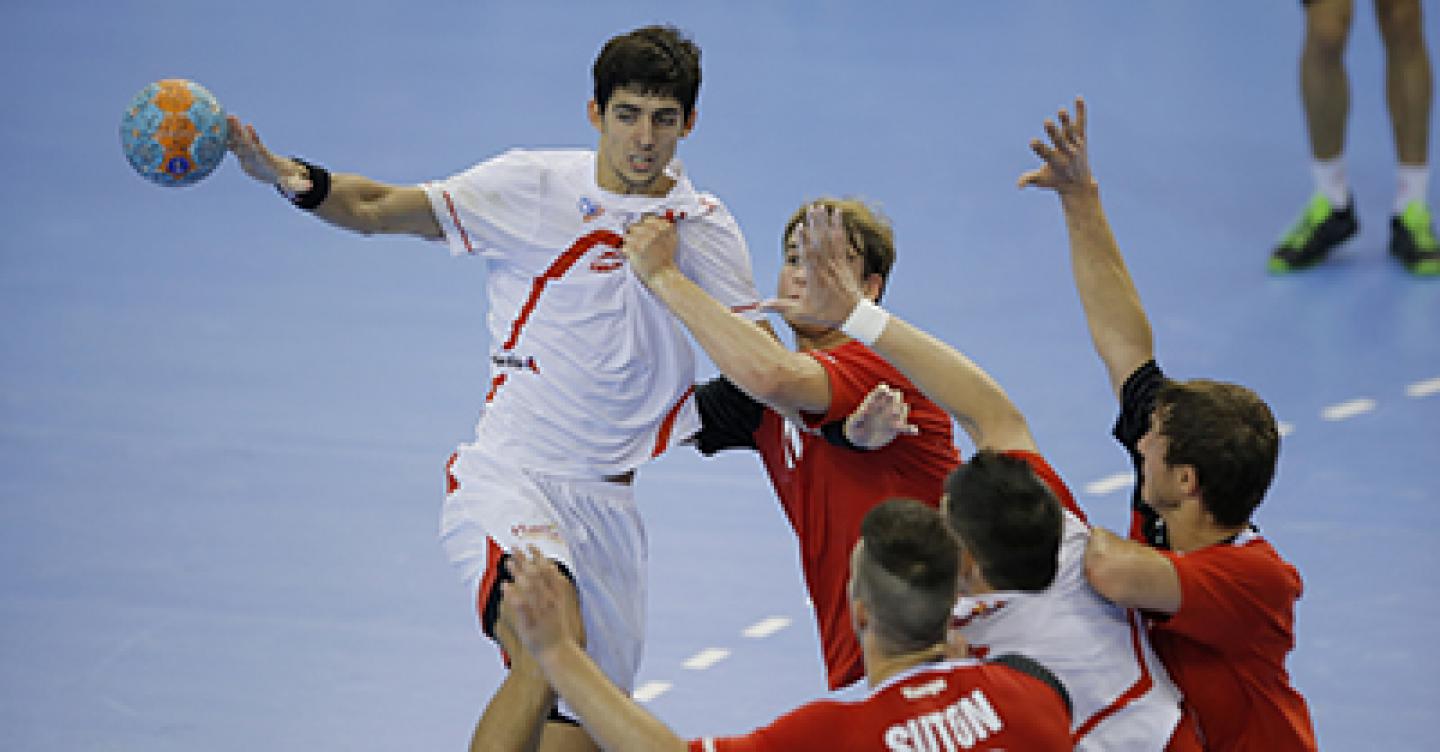 The German played in red shirts, which is normally not their colour – and which seemed to provoked the wrong signal to the Spanish “toros”. The fighting spirit of the Spaniards was awaken – and the talents from Spain attacked the Germans from the beginning on with a powerful handball. It was successfully; the Iberians took a clear lead by four goals in the middle of the first half time. But nobody can beat a German team after 20 minutes. The team of head coach Christian Schwarzer fought back in the typical German style – powerful and with a better defence than before, which led them to a 13:13 after 28 minutes. But the last two minutes in the first half were Spanish minutes: They took the lead back by 15:13 until the break.

The Germans left the locker room with new ideas and scored the first two goals in the second half. It match developed to become more and more thrilling. But in the middle of the second half the Germans made the same mistake as two days before in their semi-final against Croatia: They missed to score – Spain punished this mistakes immediately and took over the lead with 22:18 after 44 minutes. At this time the Spaniards were having already one hand on the bronze medal.  But never underestimate the Germans! Three minutes later they came back by reaching a score of 22:23. From this moment on, both teams became nervous. During the next period, nobody scored. But seven minutes before the end, the talents from the German Handball Federation took over the lead by 25:23. The German goalkeeper stood like an unbeatable wall. His performance and the fighting spirit of the entire German team formed the basis for their victory in the final phase. Germany won the Bronze medal with 29:23 – the first medal for a German team at a Men’s Youth World Championship ever. The brave Spaniards shed tears.