A milestone for handball and an advertisement for the sport 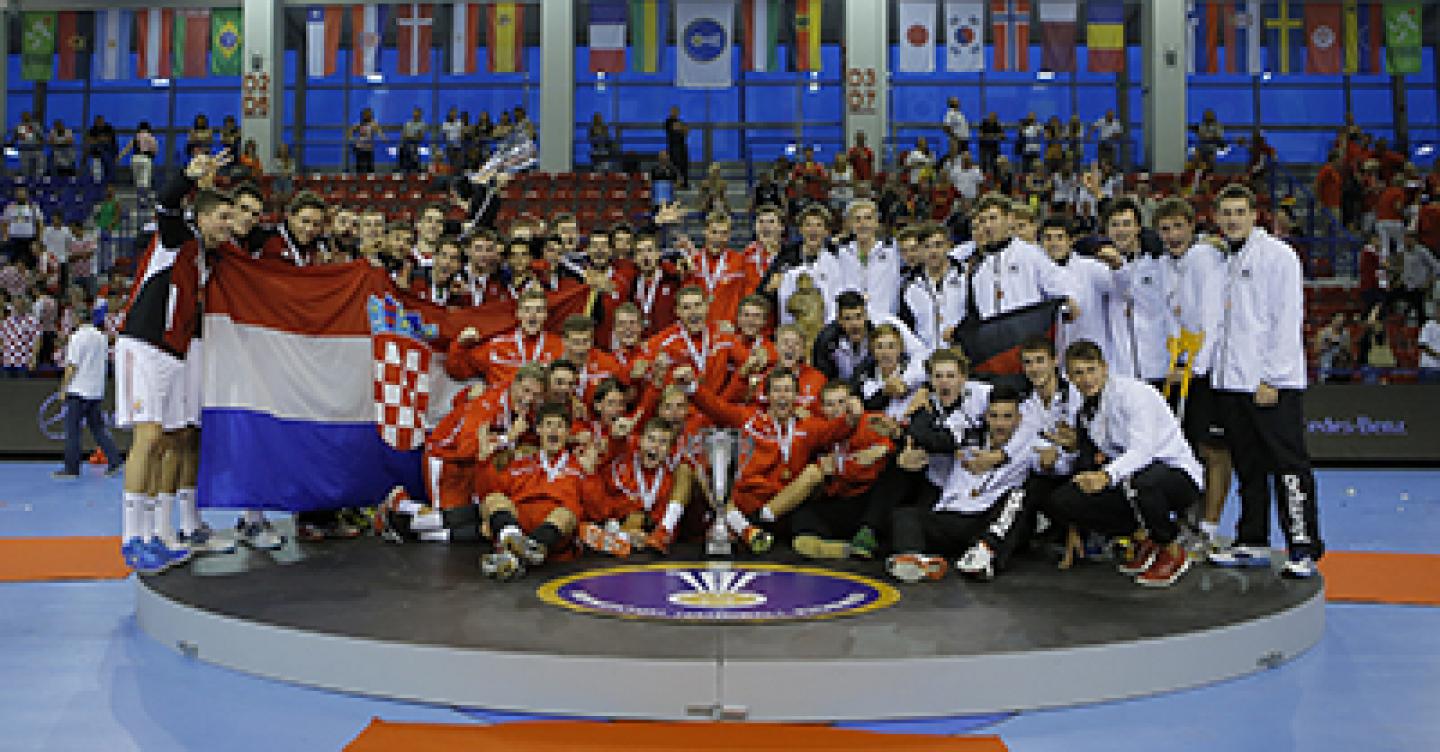 Something was new at the V Men’s Youth World Championship: For the first time ever 24 teams from four continents took part at the tournament, a milestone in history of handball in this age category. It is also for the first time at a youth event that all 24 teams are accommodated in one hotel. All referees at the tournament have been involved in the international referee course of the IHF. As a result of that fact, the level of the referee couples was even higher than before. Also the level of the majority of the matches and of the individual strength of the players improved.

But something was not new: That the Hungarian Handball Federation could organize excellent competitions is a common fact. But the host proved his skills also at this tournament. “The preparation and the realization of this Youth World Championship had been effected with a lot of commitment. Everything has always worked perfectly. So finally I have to say thank you to our hosts”, IHF President Dr Hassan Moustafa resumed. Not only the IHF President visited the Men’s Youth WCh, also a lot of former world-class players did so. Staffan Olsson from Sweden, Iouri Schevzov from Belarus, Heiner Brand from Germany or Laszlo Nagy from the host were watching  the matches from the spectators area. The formed heroes visited the matches together with more than 23.000 handball fans. And around 200.000 viewers followed the matches live in the Internet.

Back to the news: For the first time ever at an international handball tournament, the number of media representatives, working for different online media, was higher than the number of journalists working for traditional print media. “Online media are preferably used by young people. In my opinion it is a clear example of handball being a sport for young people – not only on the court”, President Moustafa concluded. All the spectators could see a deserved victory of the young Danish team. The defending champion overran all competitors from the first match day until the semi-final. Only Croatia could compete and play in the final match on eye level with the Danes. Finally the team from coach Claus Hansen won after extra time. The 2012 European champion finished as third. This was the first medal for a German handball team at a Youth World Championship ever. Not only the semi-finals and the final matches were an advertisement for the handball sport, also a lot of matches before.

IHF President Moustafa finally resumed: “This V Men’s Youth World Championship has taken place at a really high level. The players have developed, and the level of the matches has developed and improved. Everybody can see this development. That means on the one hand the individual strength of the players, and on the other hand the possibilities of the teams.”