Both championships feature 32 teams in each – 16 in the men’s competition and 16 in the women’s competition. The 16 teams are split into four groups of four teams each with the top three in each group qualifying through to two main round groups of six teams each. The top four in each main round group then progress through to the quarter-finals, followed by semi-finals and then medal matches.

As host nation, Greece had the right to choose which group for all four championships they could be in, with no geographical preferences or restrictions in place for any of the draw.

The draws were made as follows: 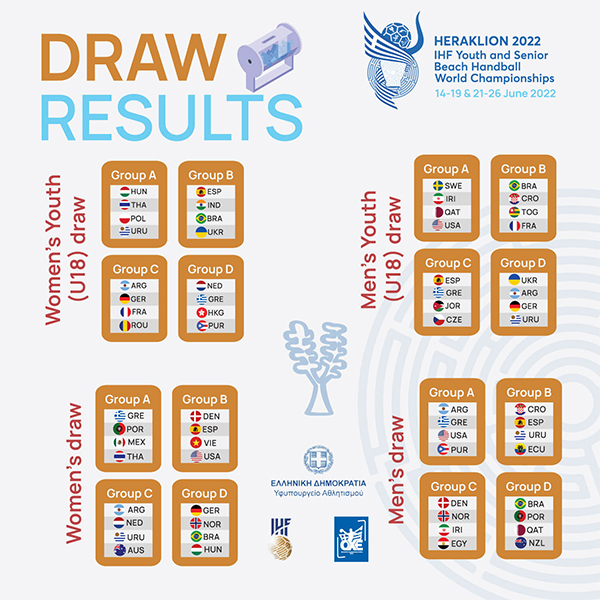