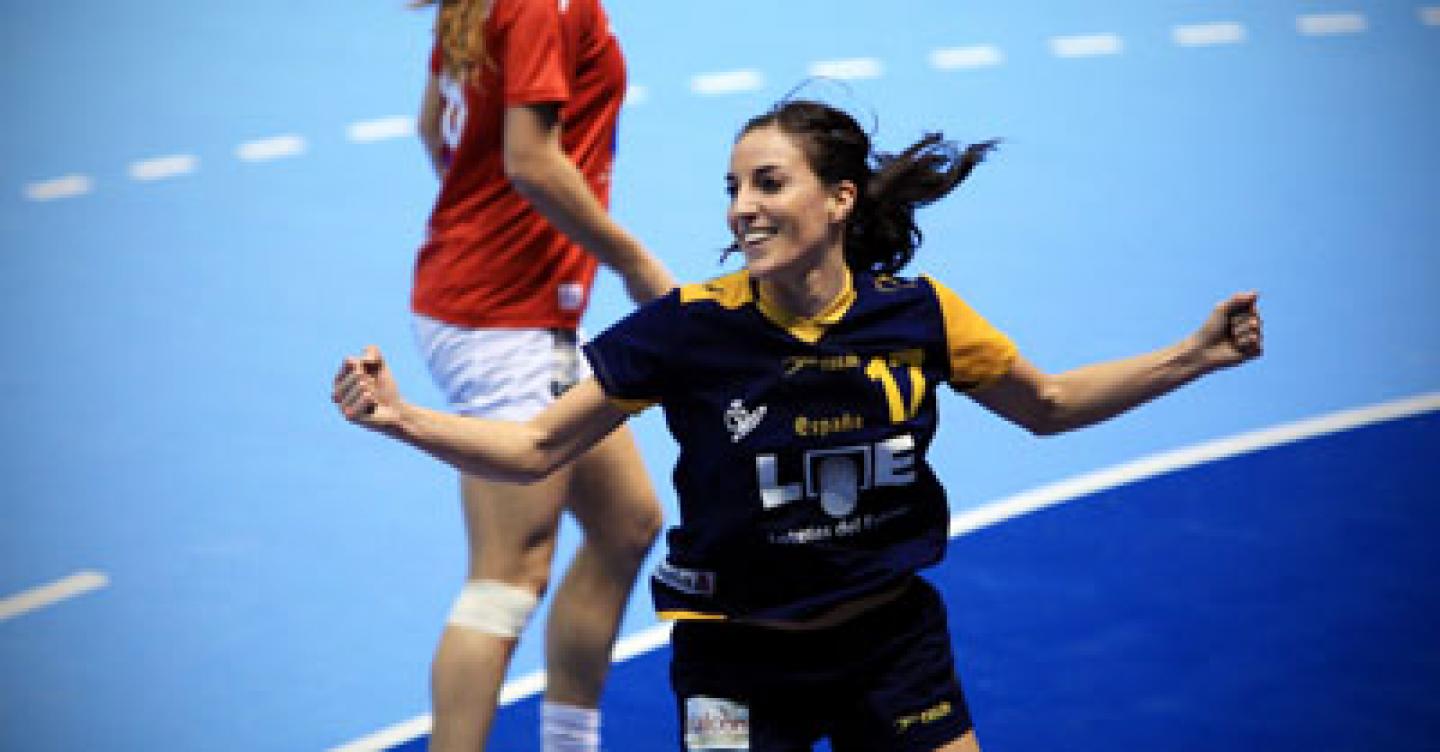 They knew whom to thank after the final whistle: All Spanish players jumped upon goalkeeper Silvia Navarro, as she had decided the Bronze final nearly on her own. In the end, the 24:18 victory over Denmark meant the first ever medal for Spanish women at a World Championship after their fourth position in 2009.  After ranking fourth at the European Championship 2010, Denmark missed very tightly again a medal.

The first half was imprinted by great performances of both goalkeepers, Christina Pedersen (Denmark) and Silvia Navarro (Spain). Navarro was the biggest reason for the half time draw, as she saved a huge number of Danish shots. The Northern Europeans were the better team in the first 30 minutes, but failed too often in attack. Spain could not build up their usual defence wall, but Denmark missed an early decision. In attack Spain was much more efficient than the Danes.

After the break Denmark increased first to a two goal margin, but could not cast off their opponent, as Navarro still kept the gate closed. She turned the game, as Spain then started to take the profit of her saves. By fast breaks – usually the strength of the Danes – they equalized at 12:12 and increased then to 15:12 with their fifth straight goal. Even a Danish time-out could not stop the Iberian Express. The Danes seemed to resign more with every missed shot, whilst Spain waited patiently for their chances and increased the gap to five goals for the first time at 19:14, after Carmen Martin scored by penalty.

Even the second time-out of Jan Pytlick did not solve their problems: In attack they caused too many mistakes and the defence lacked stability. So Spain latest decided the game at the score of 22:16 four minutes before the end. The small Danish catch-up chase came too late to turn the game.

Kim Jensen, assistant coach Denmark: We are really sad as we were hoping to be able to beat Spain. But Spanish goalkeeper Silvia Navarro was the key to our defeat, as we missed too many chances. Despite the defeat our new team played a fantastic tournament, even though we were missing eight players from our EURO 2010 squad. We are proud of our team.

Jorge Duenas, coach Spain: This is a happy day for Spanish women’s handball, as we took our first ever World Championship medal. We knew before that we could not lose, this was our strength. I was believing totally in this team, which I am proud of. Now we want to reach the Olympic Games.

Sandra Toft, player Denmark: We had big problems in defence, as Spain played fast and strong. The Spanish goalkeeper was too strong for us today. In a couple of days, when we look back at this tournament, we will be happy and proud of being among the top 4 in the world.

Sandra Navarro, goalkeeper Spain: We and our coach always believed in ourselves. We were a real team at this World Championship compared to the last European Championship.