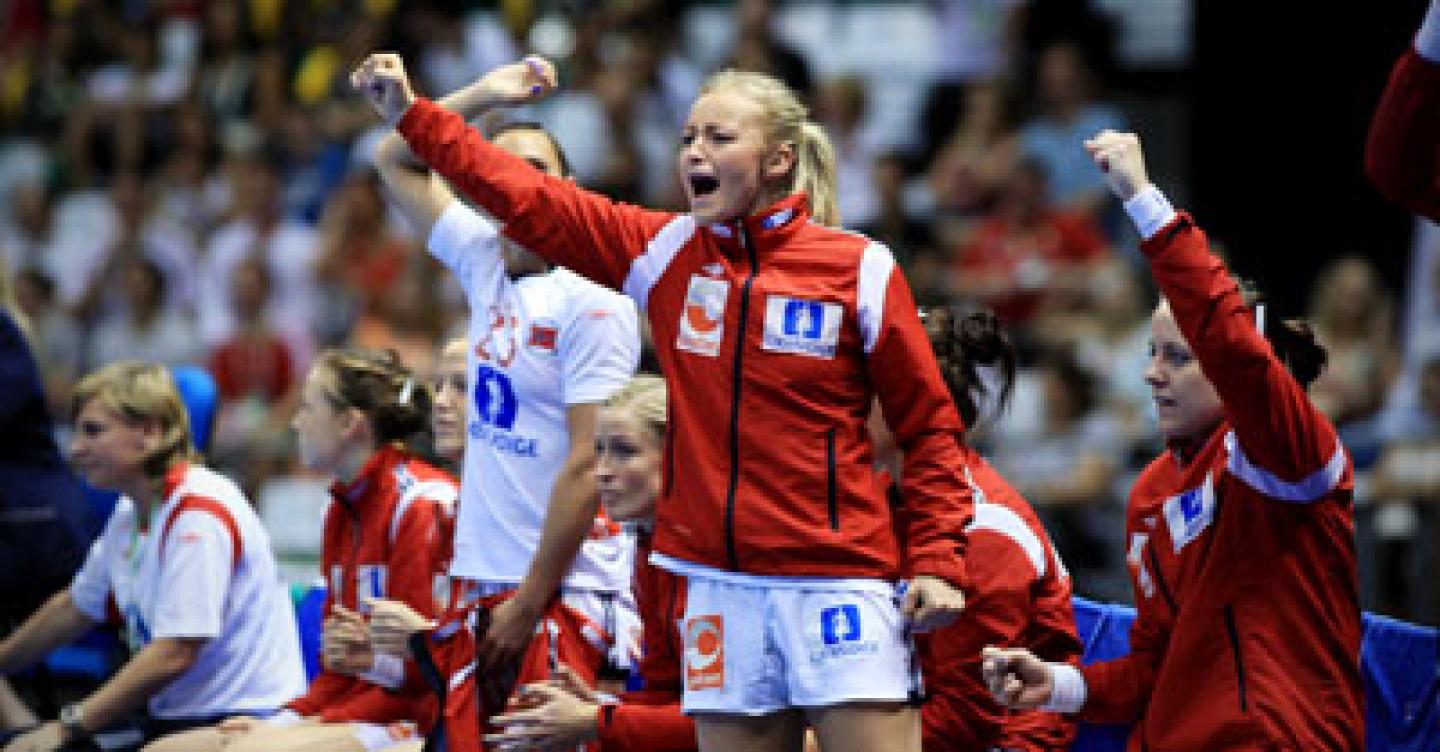 Twelve years after their first World Championship title, Norway wrote handball history in Sao Paulo: By beating the brave fighting French team 32:24 (19:13) in the final they are the second team after Denmark (1996/97) to be World Champion, European Champion and Olympic Champion at the same time. For France it was the second consecutive defeat in a World Championship final after 2009, when they lost against Russia. Norway extended their huge title cabinet to eight Gold medals – twice World Champion (1999, 2011), once Olympic Champion (2008) and five times European Champion (1998, 2004, 2006, 2008 and 2010). Thanks to this victory of the Norwegians (current European Champion), Sweden has qualified directly for the 2012 London Olympic Games as European representative (Silver medallist at the EHF EURO 2010).

When the Gold medals were handed over by IHF President Dr Hassan Moustafa and Manoel Luiz Oliveira, President of the Brazilian Handball Federation, the Norwegians started to realize, what they had reached. On the top of the podium they continued their huge celebrations full of emotions, which had started with the final buzzer on the field – World Champion 2011!

The atmosphere among the nearly 8000 spectators  - with a huge Norwegian group, but also more than 200 frenetic French supporters, was fantastic. Singing and shouting they were standing behind their teams. And the final was – for a long time, as expected - a big defence clash by the physically best prepared teams of this tournament from the first minute on.

France started better, but was then beaten by their own weapons: The Norwegian defence was extremely movable, blocked the French shooters and did not give one centimeter to their opponent, whilst goalkeeper Katrine Lunde Haraldsen stood like a rock. And when the “Norge express” had started after the 6:6, it was unstoppable:  First Linn Sulland hit the back of the net from nine or seven meters, then Kristine Lunde Borgersen hammered the balls in the French net – and on the pivot position Heidi Löke was fighting as if she would for her life. So Norway increased the gap to four goals at 13:9 for the first time and to five at 16:11 in minute 27. As France had to fight extremely hard to score, Norway went through their defence like a knife cutting warm butter with a big scoring efficiency. And when Löke – the only member of the All Star Team present in the final – stroke to 19:12 in minute 30, France (still missing their injured top stars Pineau and Signate) knew that they need a miracle in the second half to raise the winner’s trophy.

And this miracle went out of sight and reach, as the number of mistakes could not be increased, goalkeeper Lunde Haraldsen shut the gate and Norway still pricked the French team with their pinhole attacks. The runners-up of the WCh 2009 lacked ideas in attack and power in defence, when Kari Mete Johansen scored the 24:17 in minute 40. The red dressed Norwegian spectators started singing their traditional “Heja Norge” song – but France did not resign. They took the profit of some missed Norwegian shots and returned to the match at 21:26 ten minutes before the end.

But this was the final wake up call for the Northern Europeans, who latest decided the game five minutes before the end with the 29:23 – and the rest was a huge “Heja-Norge-party” on then stands and on the field.

Olivier Krumbholz, coach France: This match is a big disappointment, as we didn’t succeed in defence as we wanted to, especially against Lunde-Borgersen. It was decisive that we lacked our injured players Pineau and Signate, who are highly important for our defence. I hope they come back sonn, but unfortunately Pineau will not be able to play at the Olympic Qualification Tournament. So her injury is much more disappointing than the final defeat. Norway was not afraid of us, in contrast: they were much stronger.

Thorir Hergeirsson, coach Norway: We were well prepared for the final and we saw the final step of a great development of our team in this tournament. We had to take many challenges in 2011, as many players were not so healthy that they could play at the World Championship. We started to integrate young players and played many friendly matches – including four defeats against France before Brazil. So the key to success were the development and the cooperation with experienced players like Kristine Lunde-Borgersen, who had given birth in February. But thanks to a special training program she was ready for Brazil, what was highly important as our key players Hammerseng and Larssen had to be replaced. We knew before the final that, if we give four to five per cent more than in the semi, we have a chance to win. And the most important fact in the end was: The girls wanted to win, and if they want to win, you will win. It is great to have the three major titles now, as we are always playing to win. But right after Christmas we will start preparing for the Olympics, as all other teams improve, and we do not want to be overtaken. It is a great honour for us that we received an SMS of the Norwegian Prime Minister after the victory, aside we hope for a huge Christmas present from the Swedish team, which is qualified for the Olympics now.

Angelique Spincer, player France: We feel very sad, as we wanted to bring the Gold medals to France. We were weak in defence in the first half and missed too many chances in attack after the break.  Now I hope that we can improve at the Olympic Qualification Tournament to get the ticket to London.

Kari Grimsbö, player Norway: We have shown that we have a good team. If maybe even better players join our squad at the Olympics we get better an better – but all other teams work hard, too.

The All Star Team of the World Championship 2011:

Final ranking of the XX Women’s World Championship in Brazil: