A step forward for Cameroon 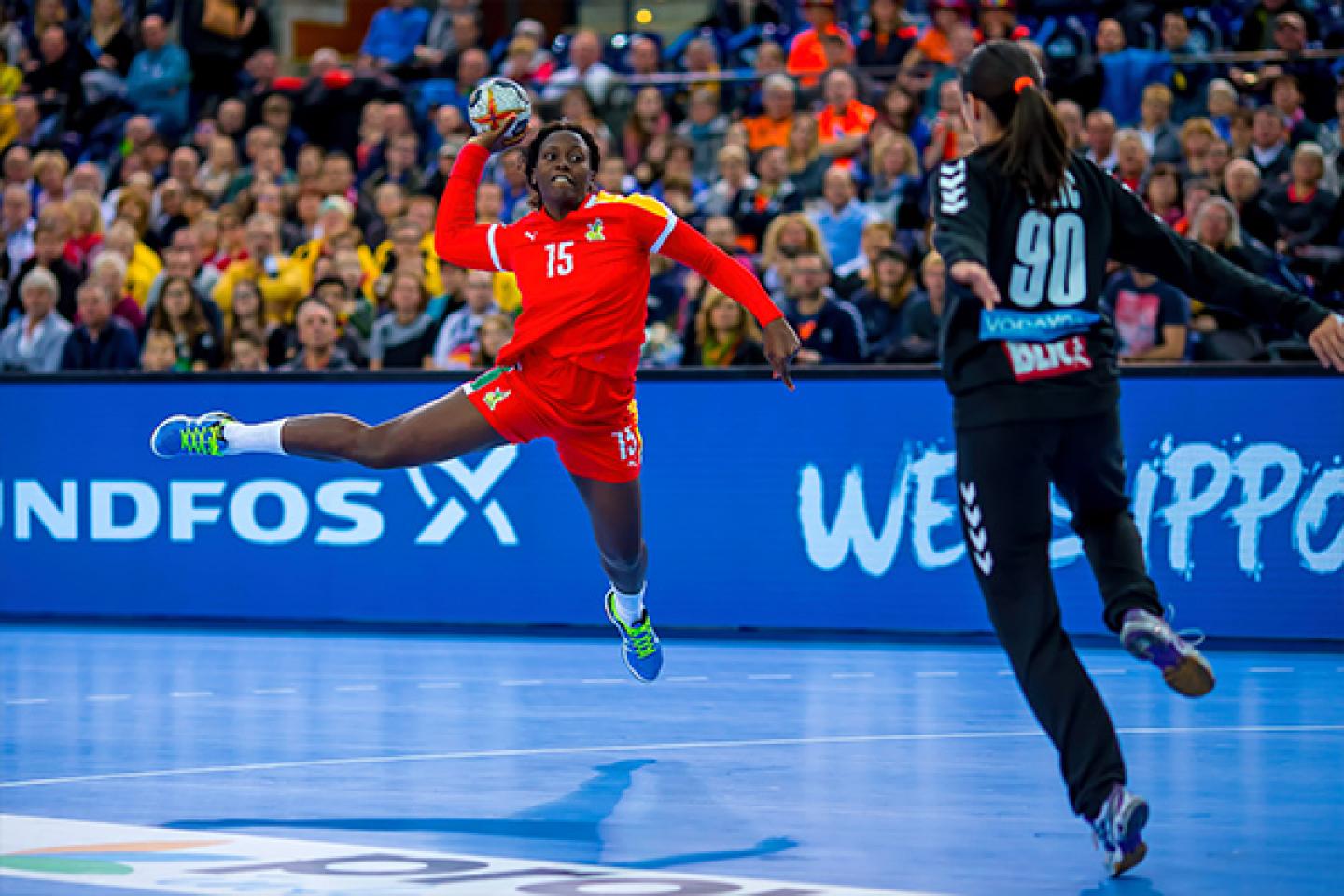 On what is their second participation at the IHF Women’s World Championship, Cameroon have endured two tough losses — but not without bright moments. The African team, who ranked 22nd at their previous World Championship, in Russia in 2005, opened the Germany 2017 competition against the hosts before meeting 2013 silver medallists Serbia. In Round 1, the final result stood at 28:15 in Germany’s favour, and in Round 2, Serbia won 34:21.

ihf.info spoke with goalkeeper Linda Awu Bessong Epah about their campaign so far, handball in Cameroon, and their upcoming preliminary round matches.

ihf.info: How did this game against Serbia compare with your expectations?

ihf.info: How long has your national team been playing together now?

ihf.info: What have you learned from these two matches so far at Germany 2017?

Linda Awu Bessong Epah: We have learned a lot, in our defence, in our attack. Especially with the ball — the ball has so much glue! We are learning, we are adapting to it day by day.

ihf.info: Do you think handball in Cameroon has developed since the first World Championship participation?

ihf.info: What is the club competition like in Cameroon?

ihf.info: Back to Germany 2017. You have three matches left in the preliminary round. What are your thoughts on those at this point?