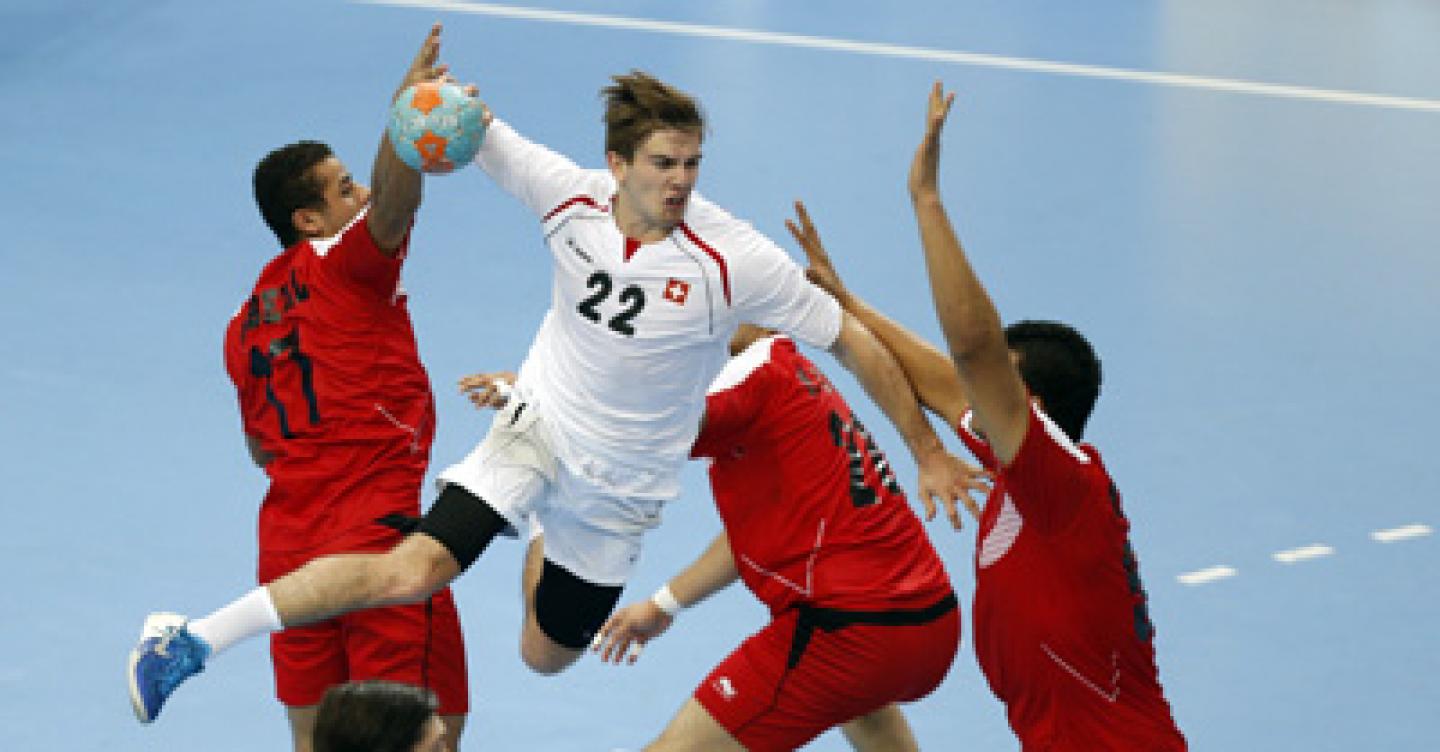 The final ranking except the positions 1-4 is completed at the Men’s Junior World Championship in Bosnia-Herzegovina.  Netherlands and Switzerland are the winners of the 5/6 and 7/8 placement matches.

The Swiss team has finished their most successful Junior World Championship ever victorious: After a tough and intense fight they beat Egypt and finish on seventh position. Despite 13 saves of strong goalkeeper Mohamed Ali, the Egyptians missed a final win. The first half was on full eye level and imprinted by two goalkeepers: Ali and Swiss Nikola Portner, who finally had ten saves on his tally. The lead changed nearly every minute though the Swiss team had to cope with an early red card against their defence specialist Stefan Huwyler. Egypt started better in the second half and went ahead to 15:12, but right afterwards Switzerland turned the match around again to 19:17. The final stages were leveled until the 24:24. Then Switzerland took the upper hand, scored twice to 26:24 and kept this distance until the end. Best scorers were Ahmed Alla (7 goals fro Egypt) and Maros, Lier and Muggli, who scored six times each for Switzerland.

Both teams had reached their best ever ranking position at a Junior World Championship already before this match, but both eagerly wanted to win their final duel at Bosnia-Herzegovina. After an equal start until the 7:7, Brazil suddenly lost their pace and missed too many chances against the massive Dutch attack. The Netherlands took the profits from those “steals” and forged ahead to 14:8 within only ten minutes, mostly by counter-attack goals and nearly kept this distance until the break thanks to their much faster match play. But the Southern Americans arrived more motivated on the court, and after only eight minutes the gap had melted to only two goals at 20:18, as Brazil improved in attack and in goalkeeping and did not allow the Netherlands those easy goals anymore. Nine minutes before the final buzzer, Brazil nearly had equalized at 23:24- but then a time-out of Dutch coach Joop Fiege woke up his team right before the match was turned around. By forging ahead to 28:24 in minute 55 the Dutch secured the fifth position also thanks to the saves of goalkeeper Bart Ravensbergen. Already 30 seconds before the final whistle, the Dutch started celebrating on the court and the bench.

On Sunday (28 July) the two final matches in Bosnia-Herzegovina decide about the medals: At 14:00 France faces Croatia for bronze, at 17:00 the starting whistle for the final Sweden vs. Spain will be blown.