The COVID-19 pandemic has caused a seismic shift throughout the world, both in regard to human relationships and in regard to amateur or professional sport. Handball has been also affected, but a brief stop in its tracks was swiftly followed by finding ways to continue activities.

For emerging countries, the pandemic has hit hard, but special times needed special measures. Therefore, Edgar Serra had an idea. The technical director of the Andorran Handball Federation saw his plans of growing handball in the small Pyrenean country thwarted by the pandemic. But Serra is not the one to back down easily from a challenge.

A member of the IHF since 2011, Andorra finished 15th in their first-ever tournament, the IHF Men’s Emerging Nations Championship in 2015, following suit with a 14th place two years later. Both times, they won one game, yet the plans were big.

“The handball in Andorra has been growing in the last years, we are working tirelessly in schools to promote our sport, which is very attractive to kids. Having teams compete in regional tournaments throughout Catalunya, which is close to our country, helps us develop teams alongside good competition and prepare for international tournaments,” says Serra.

But with the pandemic grinding competitions to a halt, Serra had to think outside the box. Therefore, the Handball School was created, an online holy grail for the Andorran players, which saw their development hampered by the restrictions.

The idea is simple: make basic handball exercises available for everyone only a few clicks away. This way, everybody could stay in shape, improve their technique and, hopefully, become better players, irrespective of the conditions.

“The idea was born out of necessity, basically. We needed a database of video exercises, which are both intuitive and dynamic, and share it with the coaches and the players. In our sport, trainings are of the utmost importance, but in special conditions, we need to adapt. This Instagram account was the way we could easily be in touch with everybody,” adds Serra.

At the time of writing, the account had more than 13,500 followers and the reach has been through the roof, with players and coaches asking for feedback, directions and basic advice to improve their skills.

“Over 600 persons save the posts to develop their exercises in weekly workouts. However, this is also a humanitarian cause, we collaborate financially with the sale of our products with UNICEF Andorra, promoting handball in schools in developing countries,” says Serra.

It is a win-win situation for Andorran handball, as Serra’s idea helps improve the quality of the sport domestically, while also promoting the country in an unexpected way throughout the handball community.

Handball was always Serra’s life, both as a former player, between the ages of five and 16, and as the mind behind the emergence of the Andorran Handball Federation. It quickly emerged that his mindset was more methodical, therefore the promotion to the current position at only 25 years old, was a logical one. 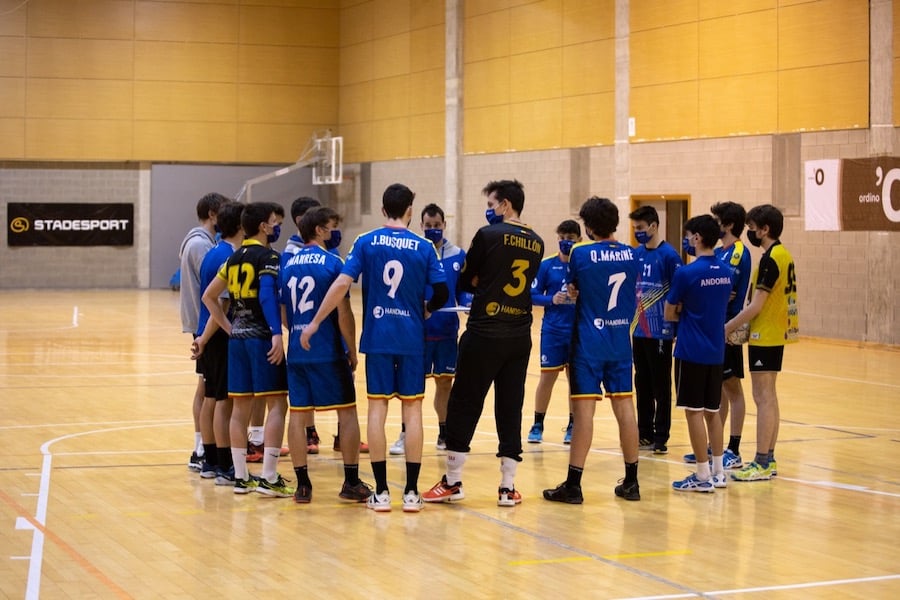 Serra hails the Instagram account as one of his biggest achievements, highlighting the importance of steady growth as crucial for the future of an emerging nation.

The more than 350 posts include a plethora of exercises, both physical and technical, which can help develop players easier. Coaches are also targeted, bringing fresh ideas to the table in a unique way in handball.

“Most of the exercises that we publish are of individual technique, physical preparation and games, sometimes we carry out simple decision-making exercises, but mostly we publish basic exercises. The idea is to be able to help other coaches to develop their tasks and adapt them to their needs.

“It truly puts Andorra on the map as a handball country and it showcases our ambition and our players to the whole world,” says Serra.

The plans for the Andorran Handball Federation and for the Handball School are big for the foreseeable future. The next logical step is to create a website, which should be launched before the end of the year. The interest has been huge, says Serra, and this helped expedite the decision.

Yet there is still a long way for both Serra and handball in Andorra. The Pyrenean state is still an emerging nation, as highlighted by their appearance in the IHF/EHF Trophy this June, where they conceded two major losses. 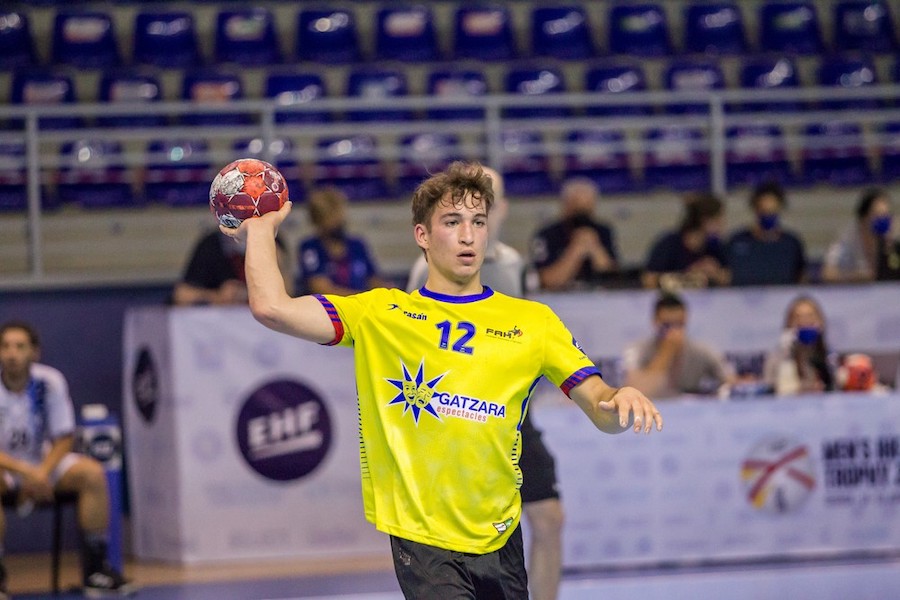 A 21:38 defeat to Bulgaria was doubled by a 16:38 loss against Cyprus in the group phase, as COVID-19 cases ravaged Serra’s team, forcing the cancellation of the 5/6 placement match against Azerbaijan.

“The results are not what really matters now, we had five junior players in our team, which made a huge leap in their careers. We were happy with the results, it was a good experience and we are looking forward to the new challenges which are in front of us,” concluded Serra.

Results take time and patience, both resources which Andorra clearly have on their hands right now. While an online training course might look redundant, thinking outside the box surely might yield dividends in the long term, especially with emerging countries.

Therefore, Serra knows he has something special on its hands. Handball can galvanise communities and this is exactly what his online school can do.