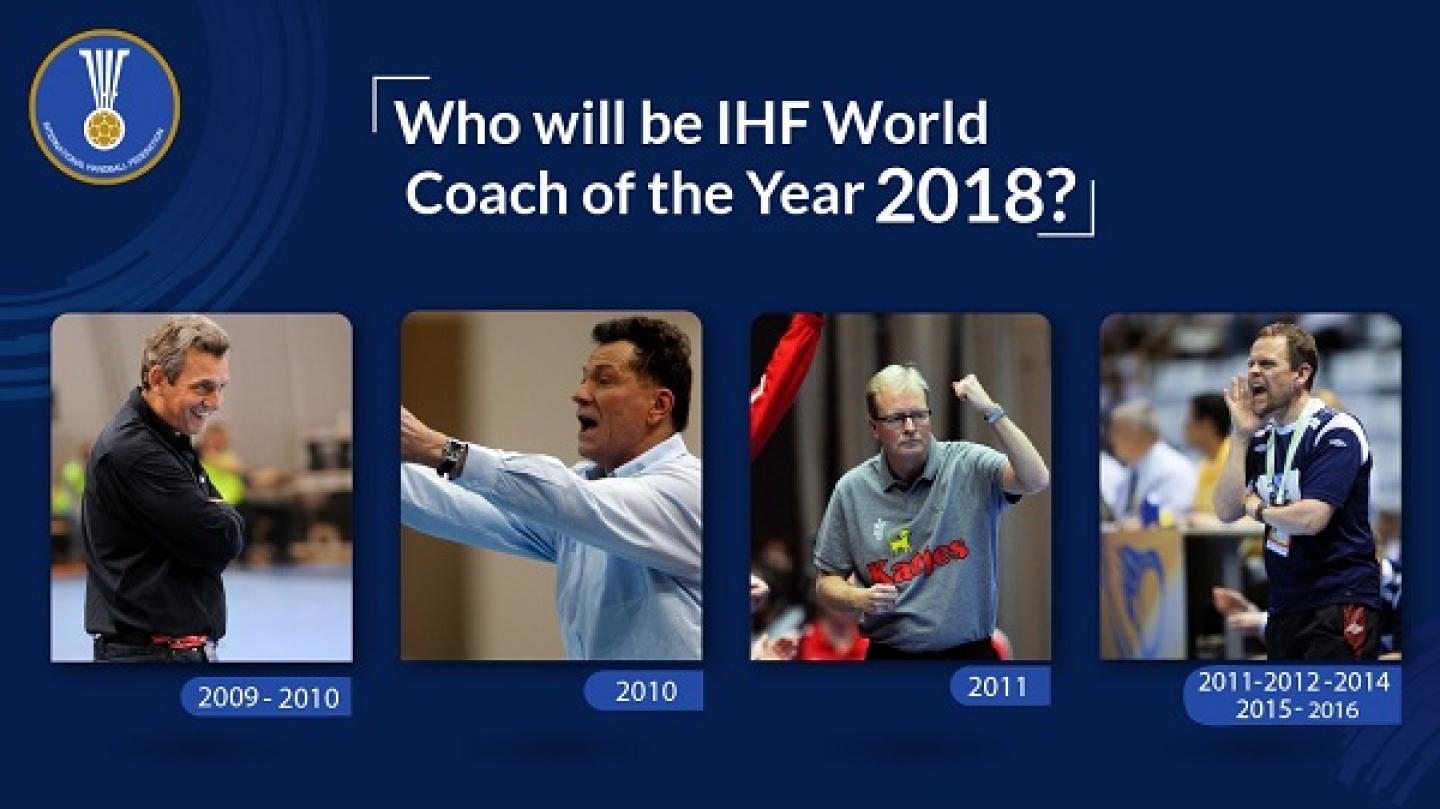 The IHF are pleased to announce the nominees for the World Coach of the Year 2018 award, with five leading coaches of either national or international club teams in the running for the award in each category: male team and female team.

A total of five nationalities are represented among the 10 candidates, with France enjoying the strongest showing – which is of little surprise considering that 2018 saw both senior national teams win medals at the European championship and two French sides contest the Men’s Champions League final.

The nominees for 2018 World Coach of the Year are:

- Led Spain to their first ever European title in January 2018

- Won his second Champions League title with Montpellier in May 2018

- Led Sweden back to the European championship final, winning their first medal (silver) in 16 years

- Achieved qualification for the 2019 World Championship

- Led France to their first ever European title in December 2018

- Won his fourth Champions League title with Györ in May 2018

- In December 2018, guided Romania to the European championship semi-finals for the first time since 2010 (fourth place)

- After his transfer over the summer, Martin’s new Champions League team Rostov-Don were undefeated until the end of the year

- Guided the Netherlands to their second consecutive European championship semi-final, after first doing so in 2016

- Claimed the EHF EURO 2018 bronze medal with the Netherlands – her third straight European championship medal with two different teams (bronze with Sweden in 2014, silver with Netherlands in 2016)