Since the first competition of wheelchair handball has been held in Kyoto, Japan in 1990, the sport has known an upward trend and is gaining momentum throughout Europe, Asia and South America.

With several handball associations getting more invested and promoting the sport and the IHF Wheelchair Handball Working Group formulating rules for the four-a-side and the six-a-side versions, more and more participants are starting to play Wheelchair handball.

The latest example is Ireland, with the Irish Olympic Handball Association (IOHA) having announced a new partnership with Irish Wheelchair Association (IWA) in April, a crucial step for the future of the sport in the country.

“The idea was to expose the wheelchair community to handball, keeping in mind that there are already wheelchair sports taking place in Ireland, such as rugby and basketball, and we thought that we could be very successful in this new approach.

“Obviously, we had to apply for funds from Sport Ireland, and we were very successful. We purchased 18 wheelchairs – donated to the Irish Wheelchair Association (IWA) – and we will be able to start the implementation of the next steps of this project. We approached the IWA for a collaboration to promote handball in their community and membership,” says João Ferreira, the Operations Director of the IOHA.

The first training sessions, with children getting to know the sport, took place on 12 April during the Olympic Easter Handball Camp, organised by IWA at the IWA headquarters in Dublin, with the feedback being very positive.

15 children aged 4 to 14 years old, experienced Wheelchair handball for the first time, with the feedback being very positive. 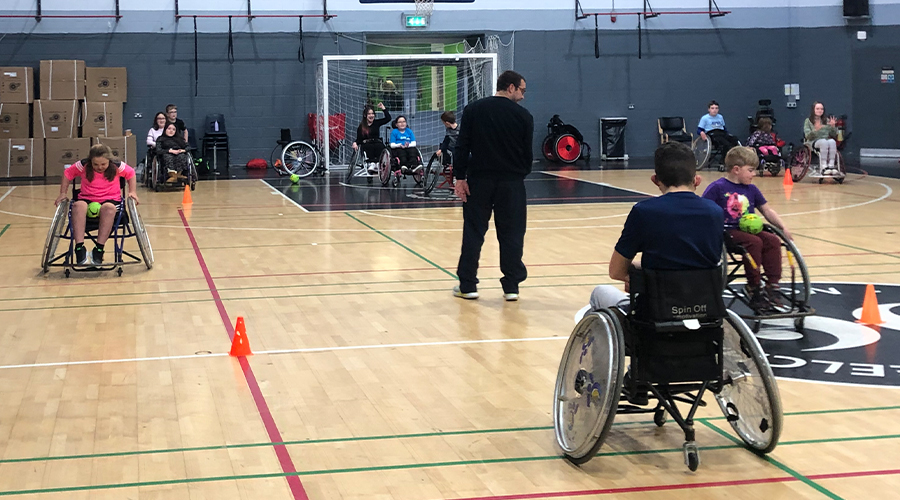 However, the interest piqued by wheelchair handball is still unknown, as the sport has been introduced to a limited number of children – yet, the ambitions are high as the popularity of wheelchair rugby and wheelchair basketball has soared in the past years.

The pool of players is quite large, as 15 wheelchair sports clubs with over 500 members are registered in Ireland, who could be introduced to handball in the next years.

“Knowing the sport as we do, I am pretty sure that if we have the chance showcase it, the uptake will be very rewarding. The target is to try and help all those 500 members to try and play wheelchair handball, if they like it, of course,” adds Ferreira.

However, the biggest issue is the lack of funding, as the IOHA is constantly trying to find ways to promote handball and wheelchair handball to as many people as possible, with strong marketing campaigns being impossible to set up in the short term.

But with the IWA involved and the funding of 18 wheelchairs, which were partially put together and are in use for multiple sports, not only for wheelchair handball, things are looking bright.

The idea behind introducing wheelchair handball is to attract people who are playing rugby or basketball, with the infrastructure being enough to cater for their needs. 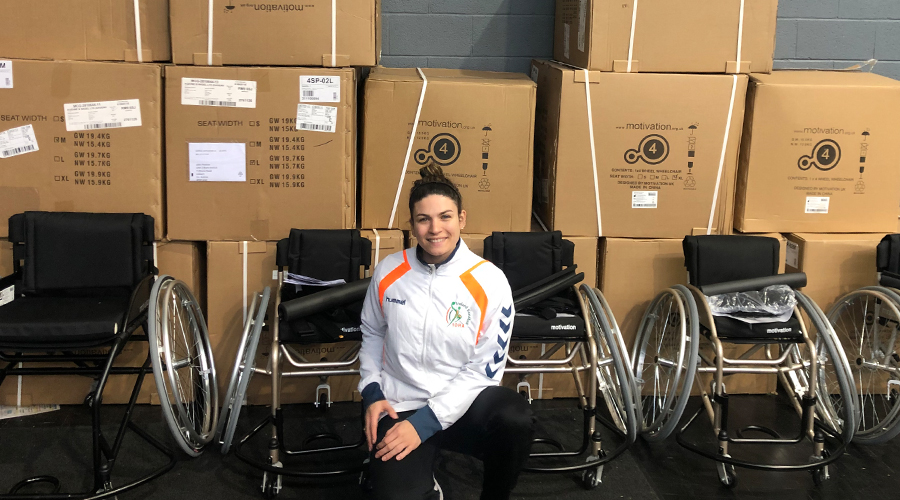 “That is the plan and this is the idea behind the project – wheelchair clubs are already set up, the infrastructure is there and now we just need to help those clubs and participants try wheelchair handball.

“I do believe some of them will transit to handball and others might do a few different sports,” adds the IOHA Operations Director.

After gaining status as an IPC Recognised International Federation back in 2009, the IHF has participated in numerous IPC meetings, all working towards including wheelchair handball in the global celebration of Paralympic athleticism, with the goal being the Paralympic Games LA 2028.

Will Ireland try to qualify for that competition, if the IHF’s goals are to be met?

“The initial thought was to put together a senior national team that would allow us to consider the possibility of taking the next step onto the international stage. Unfortunately, COVID-19 impacted us deeply and Ireland was very strict with the restrictions.

“We are now making our first steps and we need to keep showcasing the sport and build national awareness and hopefully build up a consistent activity,” concludes Ferreira.