The Olympic Games Los Angeles 2028 are not around the corner yet, but the preparations have thoroughly started for the premium sporting event in the world.

This also means that handball in the United States of America is getting more and more exposure, with the men’s and the women’s team qualified for the final tournament.

With a big emerging market to tap in, several clubs are starting to grow organically, which is also the case for Flint City Handball Club, a team founded in 2020, in a city with a population of 80,000 in Michigan.

“Unfortunately, handball’s popularity is not big in the United States of America. Therefore, forming a club on such short notice with a steady roster has not been easy, but we do have a solid core of around nine players who we can count on. Recruiting more local athletes is a big goal for us in 2022,” said Shane Proulx, the co-owner of Flint City Handball Club.

The idea behind the creation of the team was Proulx’s, who is crediting the Olympic Games as the starting point for the adventure of the club. Watching handball at the competition left Proulx in awe, as he immediately reached out to USA Team Handball to try and find a club.

With no club in his local state, Michigan, Proulx did not back down easily and the Flint City Handball Club was born.

“I just put together the funds for equipment over some time and in 2020, we started playing handball,” adds the club’s co-owner.

American football and baseball are the most popular sports in the United States of America, but Proulx’s Flint City HC and other clubs, like San Francisco CalHeat and the Detroit Handball Club are trying to improve handball’s stature in the country.

“We firmly believe that growth has to be one of the highest priorities not just for our club but all clubs in the US. Currently, the country is lacking in structured leagues. America is very large and travel is difficult, so for clubs in the Great Lakes Region an active league on the East Coast does little to help us,” says Proulx.

“In an attempt to highlight how approachable handball can be for athletes from other sports we also started what we call The InterSports Series where we have an open invitation to any team at any level to come try Handball whether they’re from a High School Bowling Team or if they won the Stanley Cup in hockey. So far, we have had great reception to this and have attracted clubs at various levels from soccer, baseball and even quidditch,” adds the co-owner of the Flint City Handball Club.

However, the club is still in its early stages, yet the ambitions are huge. In six years, Los Angeles will host the Olympic Games and the United States men’s and women’s teams will take the court in the competition. The men’s team have already played in six tournaments, winning four games from 30, while the women’s team featured in four Olympic Games editions, winning four games from 19 and finishing sixth at Barcelona 1992.

The plan is to grow organically, create better players and, according to Proulx, sending a few players for the USA national team to the Olympic Games Los Angeles 2028.

“Ideally we would like to be able to send at least two players to Los Angeles 2028 to help Team USA secure its first medal in handball. The competition will be fierce as American players are starting to see more and better training opportunities both state-side and abroad, but the athletic culture and history of our community is second-to-none,” says Proulx. 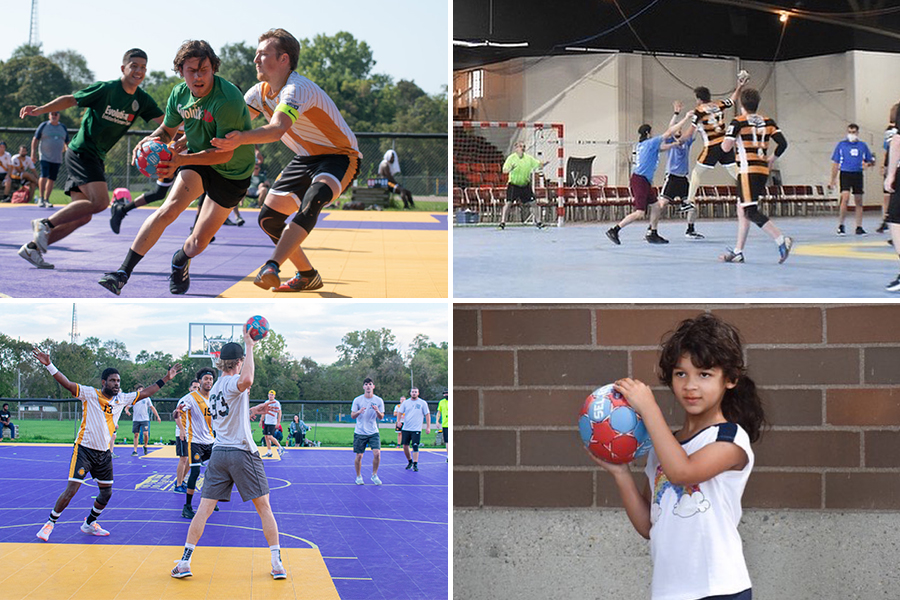 With two-hours-and-a-half practices per week, the team is starting to get better and better and the plans are developing at a rapid pace, with the idea of creating a women’s team in the near future.

“I see no limit on the potential for our club in Flint, we have everything we need in this city to make a successful club, we just need to keep putting in the hard work, try to do things the right way, and in time, I see no reason why Flint couldn’t be the envy of handball in North America,” concludes Proulx.