Travel, paellas and huge pride: How Romania spend their National Day at Spain 2021

When the Romania women’s national team went for a stroll in the biggest park in Bucharest last Sunday to visit the Museum of the Romanian Peasant, they were surprised by cannon salvos and the discharge of multiple weapons.

“This was actually not the plan, but a lucky coincidence. Because we, as a team, learnt a bit about our history, about the sacrifices made by many for us to become who we are.

“We were able, albeit for a brief moment, to take it all in, to see the garments worn by our compatriots in the wars and to see how everything evolved in the past century,” said Romania coach Adrian Vasile to ihf.info.

Indeed, 1 December is a significant day for Romania. The National Day, which has been celebrated since 1990 and usually brings people together, rallies the idea of patriotism and basically kick starts the holiday season for Romanians.

This is not the case for the Romania women’s national team, though, who will celebrate in their own way, by travelling to Castelló, where they will face Norway, Kazakhstan and the Islamic Republic of Iran in Group C of the 25th IHF Women’s World Championship.

“There will be no polenta or the traditional pork knuckle with beans we Romanians usually eat for our National Day. We will try some paella instead,” joked Vasile.

Joking aside, the task in itself looks to be difficult for Romania. They are the only side to have qualified to the IHF Women’s World Championship in each of the 25 editions of the competitions and have never finished lower than the 17th place at Italy 2001.

However, star left back Cristina Neagu has taken a sabbatical year from the national team, allowing her shoulder to rest and heal after the pain became unbearable in the past years.

And Vasile himself is in a tough spot, as the pressure is mounting before his first-ever major international tournament at the helm of the Romanian side, after taking over this February.

“It might sound a bit cliché, but my soul fills with joy in the moment I hear the national anthem sung before a game. It is a big honour, the highest I have ever experienced in my career, therefore I will do everything in my power to fulfil my commitments and help Romania finish high at Spain 2021,” added the 39-year-old coach, who has also been running the operations at the Romanian champions CSM Bucuresti for the past two years.

A touch of home in Castelló

Travelling to Spain on the National Day is a big motivation for the Romanians, who are up for the challenge, despite their plethora of absences. But there is a twist.

While they might be some 2,200 kilometres away from their own country, Romania will feel just at home in Castelló, where the biggest Romanian community in Spain resides.

Dubbed the ‘unofficial capital of Romanians in Spain’, the city which boasts a population of about 176,000 is home to more than 15,000 Romanians, with shops and restaurants tailor-made for their needs. The nostalgia is surely there and the Romanian side felt blessed when they found out they will be playing in Group C.

“We surely were happy to find out that we will be playing in Castelló and there were many messages received from our fans there, promising that we will feel at home,” said Crina Pintea, Romania’s most experienced player. 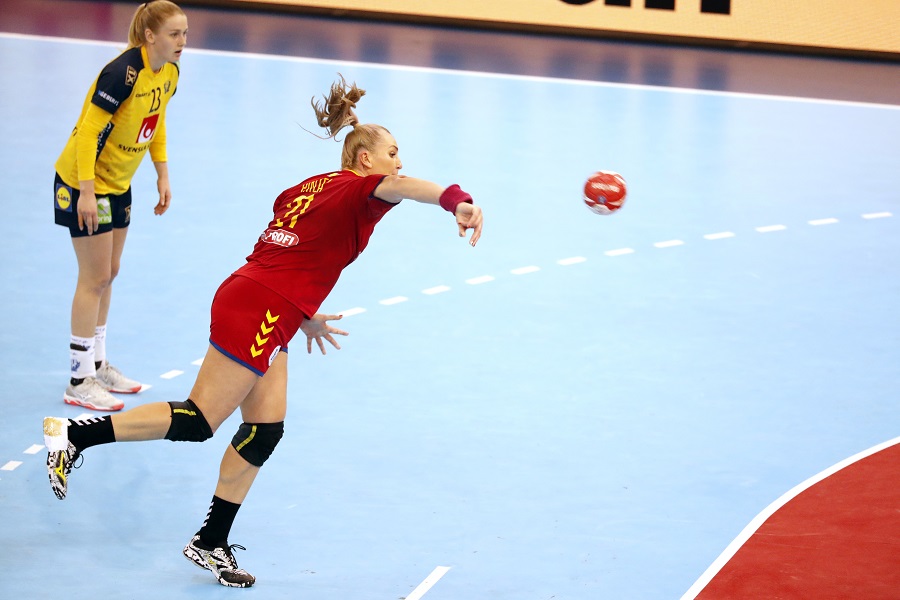 It surely comes as a bonus for a team that has seemed lost in the past years, failing to fulfil its potential, after finishing third at the IHF Women’s World Championship in 2015.

Now 31, Pintea is the most senior player of the team, poised to hit the 100-game mark for the national team if Romania make it to the main round, which they are favoured to.

“I did not dream exactly I will be here, but it is always a special feeling to play for the national team. A few years ago, I was just a fringe player, after making my debut in 2012, but hard work helped me become who I am. And to be here and with this group of players feels amazing,” said the Romanian Female Player of the Year in 2019.

Pintea could have become only the latest high-profile absence for the Romanian side, after getting injured during the EHF EURO 2022 Qualification Phase 2 match against Austria, but her recovery was on point and she is now poised to lead the Romanian team, with her great defensive nous and strong attacking play.

And it all comes down to the heart and soul of this team.

“We know we will be leaving our homes close to the festive period, but being at the IHF Women’s World Championship on our National Day is a great achievement for all of us. It gives us strength and motivation and I am very proud to be here,” concluded Pintea.

Who knows, maybe some cannon salvos will follow after a breakthrough performance at Spain 2021 for the Romanian side. At least the players won’t be surprised this time around.