Taking the competition by storm: A look behind Egypt’s outstanding results at North Macedonia 2022

It was an unparalleled tournament for the Pharaohs, who dropped only a single game on their way to the trophy, in the preliminary round, but underlined the stride for greatness, basically announcing a new generation of players that has already helped the senior side finish fourth at the Olympic Games Tokyo 2020.

However, women’s handball in Egypt is just starting to grow – yet, the results have been constantly improving, especially in the younger-age categories.

At the 2016 IHF Women’s Youth World Championship, Egypt finished ninth, but made a step back two years later, when they ended in 23rd place, with only one win. However, North Macedonia 2022 is a totally different story as the African side have been delivering outstanding results.

Their penchant as a dark horse was partially underlined by their wins in friendly matches prior to the start of the tournament: 40:31 and 36:30 against the Czech Republic, followed by two wins against Slovakia, 36:27 and 29:23.

A pattern was starting to emerge – Egypt were playing free-flowing handball with a superb attacking force, that has scored at least 29 goals in four matches against European opponents, as their lowest margin of win was six goals.

But how would their debut go against Croatia, the team that finished fifth at the W17 EHF EURO 2021 last summer? This was the question that was going through the mind of Egypt women’s youth national team coach Mohamed Ahmed Farghaly in the last days before the throw-off at North Macedonia 2022.

“We did our homework before the match and we knew they were going to be a strong side, as they displayed their brand of handball last year, finishing well at the European Championship,” says Egypt’s coach.

Facing a team renowned for a good defensive record, that conceded only 26.8 goals per game at the W17 EHF EURO 2021 in seven games, Egypt took control early in the game, never relinquished the lead, imposed their own style of play and secured their first win at North Macedonia 2022, 33:31. 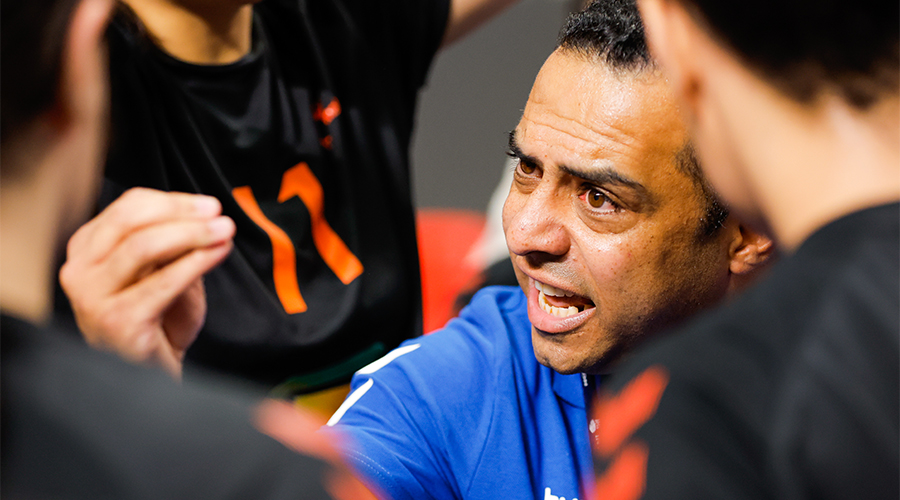 It was Egypt’s second win in the last eight games played in the competition in the past four years, while also their third against European teams in history at this age level, after the ones secured against Slovakia and Slovenia at Slovakia 2016.

But what is the reason behind this resurgence and a series of good results, which is definitely no longer a coincidence?

“We have studied the IHF Analysis from the Education Centre after Poland 2018 and found the things we should work on to improve. For the past three years, we have been preparing this team, training according to a programme built on the IHF methodology. Our staff is also very good in all aspects, tactical, medical and we never stopped training in the past years,” adds Mohamed Ahmed Farghaly.

According to Egypt’s coach, hosting the IHF Men’s World Championship in 2021 also helped a lot to develop handball in the country, while a hard look on what the men’s teams are doing and creating a successful identity were also the cornerstones of the programme.

Ahmed Fargaly is no stranger to developing young players, as he also worked with several high-profile stars in their youth, such as the MVP of the IHF Men’s Youth World Championship 2019, Ahmed Hesham, and other stalwarts like Yahia Omar, and Seif and Yehia Elderaa.

“The main idea is to bring the experience from the men’s teams, which has been developed over the last years, and mixing it with our qualities and what we are good at in the women’s youth and junior teams. The men’s team has its own personality and style now. We are trying to develop this also in the women’s teams and gain precious experience for the future,” says Egypt’s coach.

The 39:21 win against Kazakhstan on Sunday means that Egypt are already through to the main round and will likely start the next phase of the competition with two points, after besting their own record of goals scored in a single match in the competition (35), set against Argentina in 2016.

With Denmark and Portugal coming from Group C of the preliminary round, things are looking better and better for the African side, as a quarter-final berth might be within reach.

It would seal the best-ever result for Egypt in the competition and it would also be the first time ever for an African side to qualify for this phase of the tournament. Angola secured the best-ever finish for an African team in 2008, the eighth place, but the format of the IHF Women’s Youth World Championship was different back then.

“The main thing that can describe us is that we are very ambitious. We will keep trying to be good.

“Reaching the quarter-finals will be a mission accomplished for us and it would also be a dream came true. It would prove that women’s handball in Egypt is on the right path,” adds Egypt’s coach.

But what about the future? African handball has been on display for a long time at the IHF Women’s World Championship, yet Egypt have not taken part in the competition.

With a talented generation both at the youth and at the junior level – the latter side finished 15th at Slovenia 2022, with wins against Poland, the USA and Tunisia – a future berth might be possible.

“With long-term planning and continuous development of the team and players, it can be done. Why not? We must aim high and results will probably come. It would be amazing, definitely, and prove that Egypt loves, understands and knows how to play handball,” concludes Ahmed Farghaly.