Spain became the first team in history to complete the M18 and M20 EHF EURO double after they secured the gold medal with a nail-biting 34:32 win against Sweden at the M18 EHF EURO 2022 in Podgorica, Montenegro.

Last month, ‘Los Hispanos’ had won the title at the M20 EHF EURO 2022 after a superb tournament in Portugal, which culminated with a masterclass of a comeback against the hosts in the final, 37:35.

With a golden generation ready to pounce at the M18 EHF EURO, Spain had one of the best tournaments in history, sealing the title with a seven-game winning run, thoroughly dominating their opponents with a fast-paced, high-octane style of handball, that yielded an average of 34.2 scored goals per game. The gold medallists have scored at least 29 goals in each game in the tournament, while scoring at least 30 goals in six games.

However, it was not a one-man show, rather than a superb collective effort, with Spain’s top scorer Ferran Castillo finishing with 37 goals and in 12th place in the top scorer standings.

The final against Sweden was one for the ages, with the Scandinavian side cancelling a four-goal gap early in the game, to take control of the match in the first minutes of the second half. But a 5:1 run from Spain in the second part of the second half was the pivotal moment of the game, which helped ‘Los Hispanos’ seal the gold medal for the second time in history, 28 years after their first title.

The 34:32 win helped Spain jump to the third place in the all-time medal table, with two gold medals, two silver medals and three bronze medals, while Germany, who secured the bronze medal with a 29:22 win against Hungary, are still leading the pack as the only side to be crowned champions three times.

On the other hand, France, a powerhouse at this level as well, finished 14th, with only a single win in seven games, and were relegated to the M20 EHF Championship, the second-tier competition in the category, which is a huge blow for French handball.

After an outstanding performance, as he led his side to the ninth place in the competition, Faroe Islands’ back Oli Mittun was named the Most Valuable Player of the competition. Mittun, who scored 80 goals in seven games, was also the top scorer of the tournament, scoring 19 goals more than Italy’s Tommaso De Angelis and 26 goals more than Sweden’s centre back Axel Mansson, who recorded 13 goals in the final. 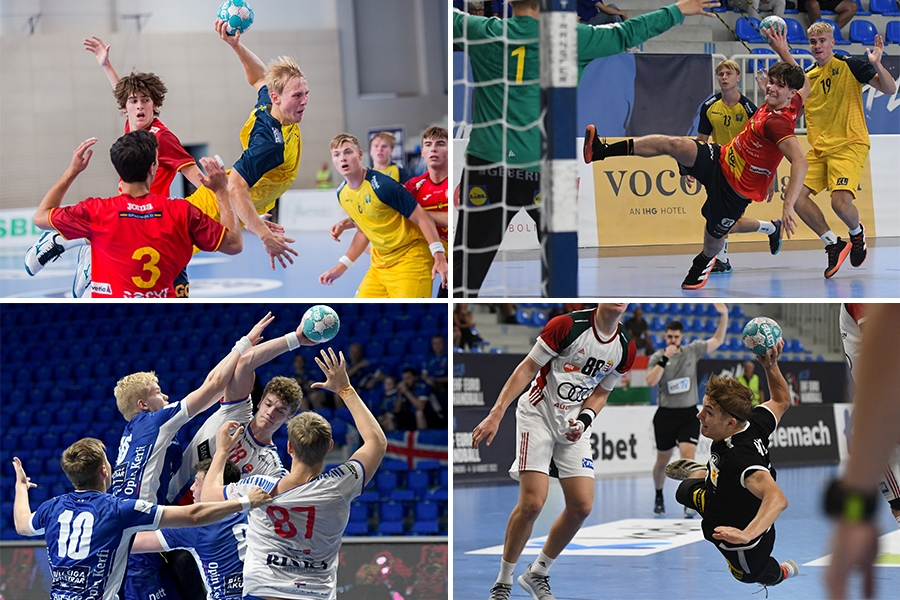