The two Asian men’s competitions are running side-by-side in the capital city of the Islamic Republic of Iran, Tehran, from 22 to 28 March 2022.

Both championships feature six teams and are being played in a round-robin league format.

Qatar lead the group after three matches in the senior competition, winning all three of their matches – against Philippines, Oman and India – but unlike the last Asian Championship, which they won in 2019, they have already dropped a set, against the perennial championship runners-up.

Qatar have won the last five editions, with Oman finishing as runners-up on every occasion – but that could change in 2022 as the host nation also won all three of their games. However, Iran still have to face both Oman and Qatar in their last two games.

Perhaps the surprise of the championship so far has been the Vietnam side, who took down Oman via a shoot-out on the opening day. And despite losing via a shoot-out to the host nation, Vietnam could find themselves in a three-way battle with Iran and Oman for that second-place spot and World Championship qualification, with the key game being Oman versus Iran tomorrow at 16:00 local time.

The second edition of the AHF Men’s Asian Youth Beach Handball Championship is also underway, with Iran, Pakistan, Qatar and Jordan in the top four positions.

Iran lead the group having won all three of their games so far, while the chasing trio are all on four points each.

Pakistan face Jordan and Qatar take on Iran tomorrow while the hosts face Pakistan in the final match on Monday 28 March to decide the final rankings. Both India and Afghanistan are yet to taste victory after three games but that will change tomorrow when they take on each other at 10:00 local time. 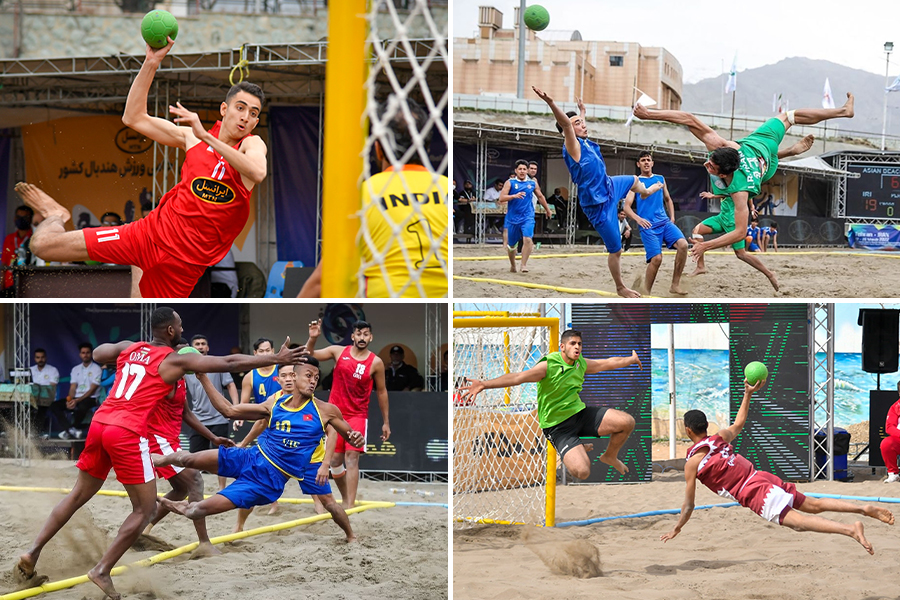 Photos, official match reports, schedule and results of the 2022 AHF Men’s Asian Beach Handball Championship can be found on the official mini-site on the Asian Handball Federation website with the youth championship info here.

All games are being shown live on Alkass TV and via the Iran Handball Federation social channels.