One week to go: Youth Beach Handball World Championships in Greece are coming

In just seven days, the island of Crete in Greece will welcome 32 of the world’s best youth beach handball nations as the 2022 IHF Men’s and Women’s Youth (U18) Beach Handball World Championships get underway in Heraklion.

Six days of action on the Greek sand from 14 to 19 June will see the second-ever youth world champions crowned, following the debut edition of the event back in 2017, in Mauritius.

“On behalf of the International Handball Federation, it is with great joy that I welcome the beach handball family and fans around the world to the second edition of the Men’s and Women’s Youth (U18) Beach Handball World Championships,” said IHF President Dr Hassan Moustafa ahead of the start.

“I would like to begin by conveying my sincerest gratitude to the Organising Committee, the host city mayor, volunteers, fans and sponsors. Greece 2022 would not be possible without your hard work, dedication and passion.

“In 2021, the championships were supposed to take place in Portugal, but, unfortunately, the COVID-19 pandemic forced a postponement. All the more we are looking forward to seeing great sport again after the five-year wait and I am certain, Greece will be eager to show not only their sportive but also their organisational skills to create an unforgettable event.

“We look forward to a wonderful event in the spirit of fair play and clean sport. We wish all the players, teams and coaches good luck. May the best team win.”

In the men’s competition in Greece, title-holders Spain are one of just three teams returning to the competition, along with Togo and 2017 silver medallists Argentina. The remaining 13 teams all debut at this level. Spain won the title five years ago when Sergio Perez Manzanares scored the winning point in a shoot-out against Italy to take a 2-1 (27:24, 18:24, SO 7:6) victory.

Spain, also current holders of the Youth Olympic Games title, are one of the big favourites to win gold in Greece along with Argentina, the bronze medallists from the Games. The European side do not have the trio of titles though, having lost to Sweden in the Men’s 17 Beach Handball European Championship final in Bulgaria last July.

Spain start their defence with an opening game against Jordan, while Togo, who started with the sport in 1998, take on Brazil in their first match. Argentina will experience a South American derby against Uruguay. Greece will play the Czech Republic at midday on the show court, a special treat for the home fans in what is expected to be a well-attended event.

To read about the men’s competition from 2017, click here.

The women’s competition in Heraklion features all three medallists from 2017. Champions Hungary, silver medallists Netherlands and the third-placed Argentina will all be in Greece and they will be joined by the 2017 fifth and sixth-placed Spain and Thailand. The remaining 11 teams are all debutants.

This bronze medal back in 2017 for the Argentina women was the first-ever handball World Championship medal for the nation in history, taking into account all age categories and both indoor and beach handball. The final saw Hungary beat then European champions Netherlands via a shoot-out to win 7:4.

Argentina are the current holders of the Youth Olympic Games title, an event which Hungary took bronze in. Both are teams to watch, with the Hungarians being strong favourites, having won the Women’s 17 Beach Handball European Championship in Bulgaria last July, defeating Netherlands in the final. Spain took bronze after seeing off Germany.

To read about the women’s competition from 2017, click here. 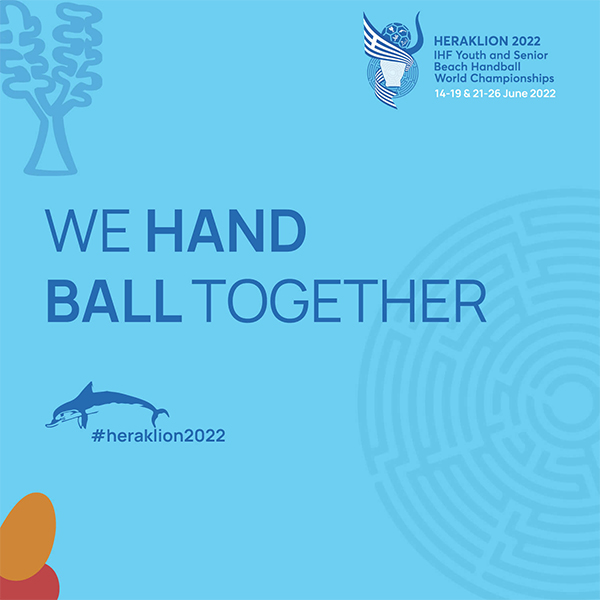