Six years ago, the Netherlands surprised the handball world when they went from 13th place at the previous World Championship all the way to the final at the 2015 edition in Denmark. At that time they were known for their widely broadcast goal of reaching the 2016 Olympic Games and making their debut in the event, with the slogan ‘one team, one dream’ firmly in mind.

After their history-making performance in 2015, which ultimately saw them finish with the silver medal while Norway claimed gold, the Netherlands did not shrink from the spotlight. Next came the successful qualification for the Rio 2016 Games, and on their Olympic debut, the Netherlands made it to the semi-finals once more.

And they would continue to reach semi-final after semi-final, with the Rio 2016 venture the only one that ended without a medal until the EHF EURO 2020 in Denmark last December. The Netherlands lost to France in the Rio 2016 semi-final, then their now classic rivals Norway in the bronze-medal game, placing fourth.

But the team recovered and by the end of 2016 they were back fighting for a title — this time at the European championship in Sweden, where they were defeated by Norway in the final. In 2017, they fought for the medals again at the World Championship, taking bronze. At the EHF EURO 2018, they secured another bronze.

And then finally, at the end of 2019, in their last of a straight run of six semi-final participations spanning every major international championship, the Netherlands took the big step and climbed to the top of the podium.

At the 2019 Women’s World Championship, one early sign that the Netherlands might be in their best form yet was when they defeated Norway for the first time in 20 years in the preliminary round. That result served as a huge confidence boost for the side and was a hint their time may have come — and on 15 December, when Lois Abbingh netted the winning goal on a penalty, the Netherlands claimed their first major title.

The situation entering this Olympic Games is therefore vastly different from Rio 2016. At Rio 2016, it was not yet clear whether the Netherlands would continue their form, but they proved they were a powerhouse here to stay at the top with their run of semi-final appearances. The first they missed occurred at the EHF EURO 2020, but the Netherlands were only just outside the top four, playing for fifth place against Russia on the final weekend.

Now, the Netherlands enter the Olympic Games as one of the main teams to beat, as the defending world champions. And they are surely hungry to return to the semi-finals. On Sunday, they can take their first steps towards that goal, as they open their Toko 2020 campaign against hosts Japan.

The round 1 match has the potential to be a thriller, as the last time the teams met saw an extra time decision in the eighth-final at the 2017 Women’s World Championship. Prior to that, the Netherlands and Japan faced each other in 2005 and twice in the 1970s. 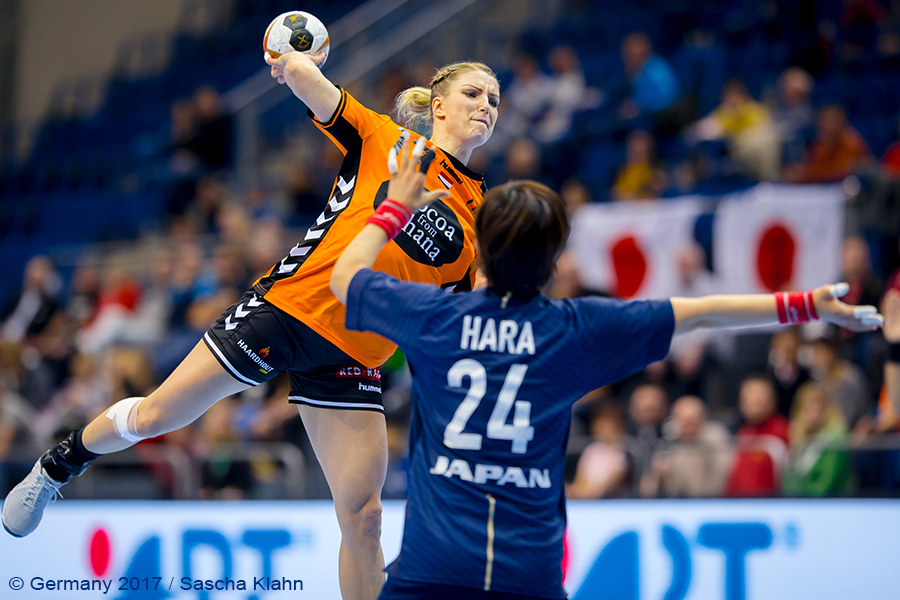 For the Netherlands, 2019 Women’s World Championship MVP Estavana Polman is missing due to injury, but they have welcomed EHF EURO 2016 MVP Nycke Groot back to the squad after she halted national team duties in January 2019. Neither of the key centre backs played the EHF EURO 2020. The 2019 World Championship winning squad is therefore different, but not necessarily weakened, and Groot’s return should bolster the team.

The Netherlands and Japan, playing in Group A, will be first on court to start the Olympic women’s handball tournament. Also in Group A, 2012 Olympic silver medallists Montenegro will play African champions Angola, who were instrumental in the shock elimination of the European side after the Rio 2016 preliminary round as they defeated Montenegro 27:25. Closing the day for the group will be a battle of continental champions, as Asian title holders Republic of Korea face European champions Norway.

In Group B, defending Olympic champions, the ROC, will open against Brazil before 2019 World Championship silver medallists Spain meet Sweden. Wrapping up day one of the women’s handball competition at Tokyo 2020 will be Hungary, back at the Games for the first time since 2008, and France, silver medallists at Rio 2016.

Full schedule on 25 July
All times local in Tokyo