Neagu and Hansen named 2018 World Players of the Year 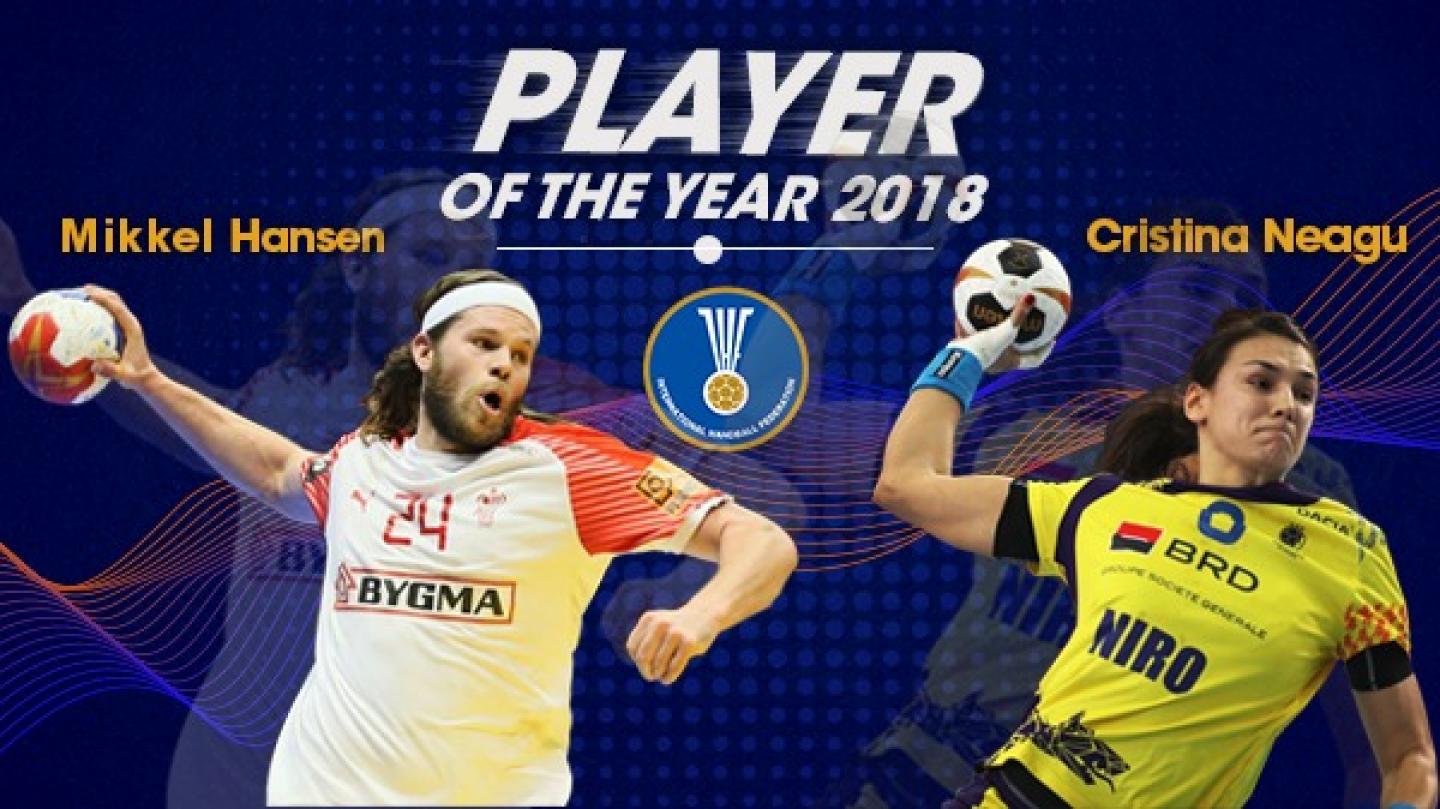 The 2018 IHF World Handball Players of the Year are Cristina Neagu and Mikkel Hansen. Neagu thereby becomes the first person to have won the award four times, while Hansen receives his third and joins club teammate Nikola Karabatic as the leading male player with the record.

Neagu was previously named World Player of the Year in 2010, 2015 and 2016. In 2018, the Romanian left back’s achievements began in the premier European club competition, the EHF Champions League. For the second time in her career, Neagu finished the season as the top scorer, with 110 goals.

Following that success, Neagu was the headline of the Women’s EHF EURO 2018 in France in December, as she led Romania to the semi-finals at the European championship for only the third time in history, and the first time since 2010.

On the way to the penultimate stage, Neagu passed two legendary players – Hungarian Agnes Farkas and German Grit Jurack – to become the all-time top scorer at the EURO. She entered the European championship with 193 goals at the event in her career and scored 44 goals before suffering an injury ahead of the semi-final, thereby reaching a new historical record of 237.

Turning to men’s handball, Danish left back Mikkel Hansen has received the World Player of the Year award for the third time following his impressive performances in 2018. The year began with the men’s European championship in Croatia and January, where Hansen was named the All-star Team left back and claimed fourth place with Denmark. Hansen contributed 43 goals at the EURO and finished as the event’s second top scorer.

A matter of months later, Hansen made his third straight appearance at the VELUX EHF FINAL4 with his club, Paris Saint-Germain Handball. They secured third place in the Champions League, along with the French Cup and championship titles.