Montpellier: a pipeline for youth handball

Children are the future of the world, in general, and of handball, in particular. While the competitive nature of handball is always on display at the senior level, at younger-age category level, the sport teaches children teamwork, discipline and to take responsibility in a multitude of situations. Therefore, it is of no surprise that not only the focus of the International Handball Federation (IHF) has shifted considerably on the development of the sport from the youngest ages over the past decade.

For France, growing and nurturing handball players has become an art, while Montpellier Handball, a 14-time domestic champion and a two-time EHF Champions League Men winner, are at the forefront of developing young players.

Since 1998, Jérôme Diaz has seen, developed and helped launch dozens of players on the big stage at Montpellier, working as a technical and sports responsible for youth teams from 5 to 18 years until 2018. In the past four years, Diaz has been working as the director of the talent section for players aged 18 to 22 years and also as a coach of the second team of the French powerhouse.

”The job was attractive for me because I had the desire, the urge to support children who saw handball as their dream. Training players came as a passion over time, but it was complementary to being an educator, because it needs a bigger focus on learning handball,” says Diaz.

“The first steps of the players are managed by the clubs and when they grow up, at the ages of 14 to 18, they start to work under the responsibility of the French Handball Federation. Finally, the baton is taken over by the clubs, the Training Centres or even the Academy of the clubs which have been emerging in France for a few years,” adds Montpellier’s specialist in youth handball.

Spending a lifetime in handball, first as a player, taking up the court at six years old, then as an educator and as a coach, Diaz has seen a lot and has built a system which constantly provides young players for the first team – but it also helped educate players, which is also a focus for Diaz and Montpellier.

“One of the fundamental elements for me to help players reach their ceiling is the cultural bath in which they evolve from an early age. Another important point is the encounters they will make during their ascension. They will meet several coaches and their ability, as well as that of their trainers, to transform them as a player but also as a human or even a professional player will be decisive,” adds Diaz.

That “cultural bath”, as Diaz puts it, has been lengthy mentioned by many other coaches, with the teams catering to the needs of the players, both on and off the court. A proper system helps them develop, with the focus being on the human being, rather than the player. At Montpellier, the focus on the game culture and the “cultural bath” are pivotal to the team’s success, as players from the age of 15 years old train in the same arenas as the professional team and watch the trainings of the first team.

Some of the senior players even become mentors for the young players, which enables a healthy development and a logical transition from the youth ranks to the senior ones.

The success of Montpellier’s youth system was championed by many and the success is undoubtedly huge. Several generations have grown over the past decades in the French side, also under Diaz’s supervision.

“Many professional players who have reached the highest level have gone through our training centre and the links created during their learning are very strong with favourable moments and moments of crisis as in any transformation. We won and lost together anyway.

“We had several great generations, from the one featuring Andrej Golic, Grégory Anquetil and Didier Dinart, other with Nikola Karabatic, Jérôme Fernandez and Michaël Guigou and another one, more recently, led by players as Mathieu Grébille, William Accambray and Baptiste Bonnefond,” adds Diaz.

Yet, working as a coach in the youth ranks is not one of the most high-profile jobs in handball and it is likely to be an overlooked one, with the focus being on the senior teams and their results.

However, without a pipeline for youth as Montpellier’s, children cannot play handball, cannot develop their skills, as coaches such as Diaz serve as a crucial base of the pyramid, without which handball cannot live and progress.

“Working with children and at the senior level are two totally different things, but the age of the player does not matter. The former means that the coach focuses on the training of the player to try to develop them in all areas of performance, while in the latter, the coach only tries to take advantage of the qualities of the player to win matches.

“The way of understanding the management of matches, the planning and construction of training sessions are therefore different. I don't know if everyone is able to exercise these two professions with the same success. Today I feel more like a high-level trainer than a high-level coach,” adds Diaz. 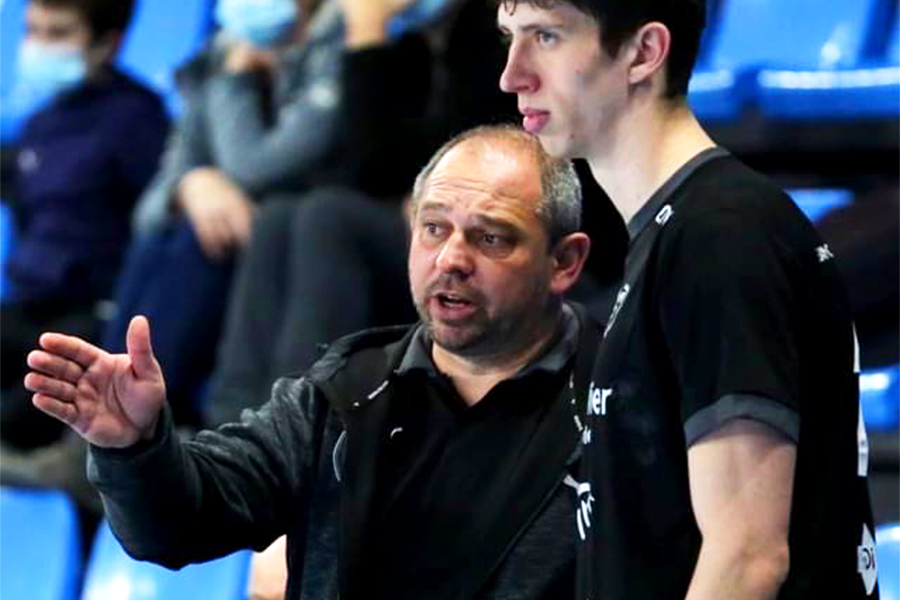 In France, BabyHand has also been a resounding success, acting both as an enabler to improve the social skills of children, while also serving as a fun activity, which can create a harmonious development for them, in a controlled and safe environment.

Since BabyHand has been officially launched in 2016 in France, the reception has been unequivocally positive, with over 15,000 children playing the sport. There are now plenty of clubs offering Baby Handball courses to children, with excellent conditions, as the sport has been growing more and more, alongside of the interest of the parents and children.

“The objective is often to develop motor skills in these very young players and this will necessarily serve their acquisitions towards the specialisation of handball later. Today, many players are very strong technically at 15 to 16 years old. I think this is partly due to the evolution of the forms of practice in line with the age and the morphological evolution of the players. But this is not the only way to create the development of handball in France. The international results and especially the structuring of the clubs, particularly at the level of the technicians, will allow us to grow further,” says Diaz.

But what about the future of handball for the youth as a whole?

“We must play handball for a plethora of reasons. Sports will provide healthy children. Taking up of a team sport allows you to gather, share, create links and develop friendships. To sell handball to parents, you have to show them images and above all invite them to come and see the training sessions and matches,” concludes Diaz.