Handball has been on the rise in the Islamic Republic of Iran, with several programmes already in place, which helped develop the sport over the last years.

The latter tournament was also the most successful for the Islamic Republic of Iran, as their youth women’s team took everyone by surprise to secure a place in the main round after starting the tournament with two wins in two matches, 47:31 against Uzbekistan and 39:29 against Senegal.

Finishing in the top 16 teams in the world is no guarantee for success in the future, as there are plenty of examples where good results at this age category were not repeated at senior level, but for Iran, things are definitely looking better and better.

Those wins were not a random feature or a glitch in the matrix, rather than the rewards of a good preparation, a clear handball philosophy, underlining the thought process behind the development of the sport in the country.

However, few would have expected that at the end of the preliminary round, the top scorer of the IHF Women’s Youth World Championship, a title secured in the past by players like Lois Abbingh, would be a player from Iran.

At only 17 years old, due to celebrate her 18th birthday just at the end of the main round, back Fatemeh Merikhi has been one of the players to watch in the competition. Not only that she scored the largest amount of goals in the competition (28), she was also a provider, earning five assists throughout the first three games in the preliminary round. 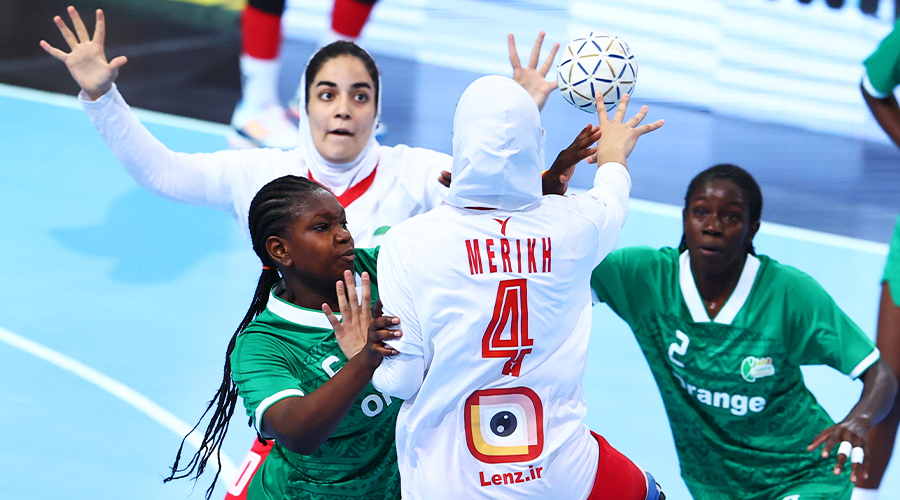 “I was thinking about being the top player on the court, but, most importantly, Iran winning as many matches as possible was the objective for myself and for the whole team here, in North Macedonia.

“Personally, my objective was to play good and be the best player on the court in every game, especially against European sides, who are dominating the competition. I really dreamt of this moment, to represent my country, and I will not lie, I really knew in my bones that I can score many goals. I almost predicted it,” says Merikhi.

Her summer has been nothing short of amazing, as this is the second major tournament she takes part in over the last month. The left back was also selected for the 2022 IHF Women’s Junior World Championship, where she was Iran’s top scorer with 38 goals, finishing in 19th place overall in the top scorer standings.

“The Junior World Championship was a very good experience for me and even though we didn't get a good result, it really helped us. For myself, it really helped me develop, learn some very important things against good opponents, so I am very happy that I could be part of the team,” adds the 17-year-old Iran player.

A back with a clear penchant for scoring, who has speed and creativity in her arsenal, Merikhi has started handball as many other Iranian players, in elementary school.

It took some pleas from a coach who definitely identified her potential, because the player herself says that she did not take up handball from the get go, but eventually everything worked out in a way that everyone benefits – both herself and the Iran junior and youth teams.

“I totally fell in love with handball after I saw some games from the national team. I started in the second league in Iran and later, I was able to go to higher category competitions. Being selected for the national team really made everything worth it.

“The coaches of the national team worked hard with me. I remember that no one knew me in our league, but later they recognised me in the Asian Games and now at the Junior and Youth World Championships,” adds Merikhi.

Scoring 67 goals in 10 games at the IHF Women’s Junior and IHF Women’s Youth World Championship is no easy feature for a player, especially when her team is playing for the first time in the two competitions. But Merikhi is the fulcrum of Iran’s fast-paced style, being a jack of all trades, even scoring via fast breaks when the defence wins balls.

The 19:31 loss against North Macedonia in the last game of the preliminary round was, however, a wake-up call for the Asian side, who, nevertheless, made it to the main round and among the top 16 teams in the world at this age category.

“Before travelling here, we knew that we were some steps behind European sides. But we proved that we can play good handball and be competitive in this competition. Maybe no one thought that we could win these two matches and be among the top 16 teams in the world, but now the dream came true. I felt so good when we won our second game, it is difficult to describe in words our feelings,” adds Merikhi. 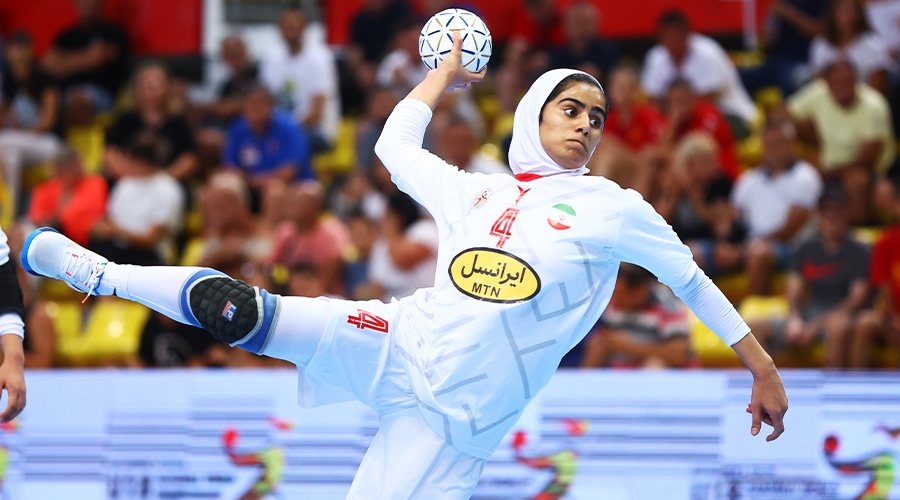 What about the future?

Merikhi underlines that seeing the Islamic Republic of Iran’s senior team take part in the IHF Women’s World Championship was an emotional moment for many of the young players.

For a team that had never previously qualified for the competition, facing off against the eventual world champions Norway or a powerhouse like Romania were moments that made it seem like anything is possible.

If Iran make it to the next IHF Women’s World Championship, Denmark/Norway/Sweden 2023, there is little chance that the back, who will be 19 years old at the time of the tournament, will not be there. With such good outings at the younger-age category events, Merikhi is definitely a diamond in the rough.

And, who knows, maybe she will come to Europe and develop even further. Maybe even play against her idol, Norway’s playmaker Stine Bredal Oftedal. With such good outings against strong opponents, the eyes are on her.