As many as 1,531 youth and junior players from 15 municipalities of El Salvador, representing 62 schools and 104 teams, took part in the II National Handball Games held by the Salvadorian Handball Federation.

The event, which saw an increase of participants compared to its previous edition, started in early August with the qualifying matches held in different regions of the Central American country. As a result, the best teams in four categories – male and female U-15 and U-19 – progressed to the final phase.

Overall, 16 teams competed at this stage – four in each category – and the winners were determined following round-robin tournaments, which ended on 31 August. No school or region was really dominant, as C.E. Canton El Obrajuelo won the women's U-15 event, C.E. Capulin triumphed in the men's tournament of the same age category, C.E. Asentamiento became winners of the women's U-19 competition, and National Institute of Santa Ana were crowned champions in the men's U-19 tournament.

“It is very important to highlight the work made by the Salvadorian Handball Federation and other organisations such as the Ministry of Sports of El Salvador, the National Olympic Committee, the Ministry of Education, and the direct support received from the IHF through their Handball at School Project and the Four-year Plan which has allowed the training of many teachers and coaches from several places of our country, and access to material,” said Cecilia Fernandez, President of the Salvadorian Handball Federation (FESBAL).

“It was an excellent experience to see tons of children and teenagers playing handball during the final phase, which is the result of working to promote and develop handball during this year,” added FESBAL development coordinator Flor Reyes. 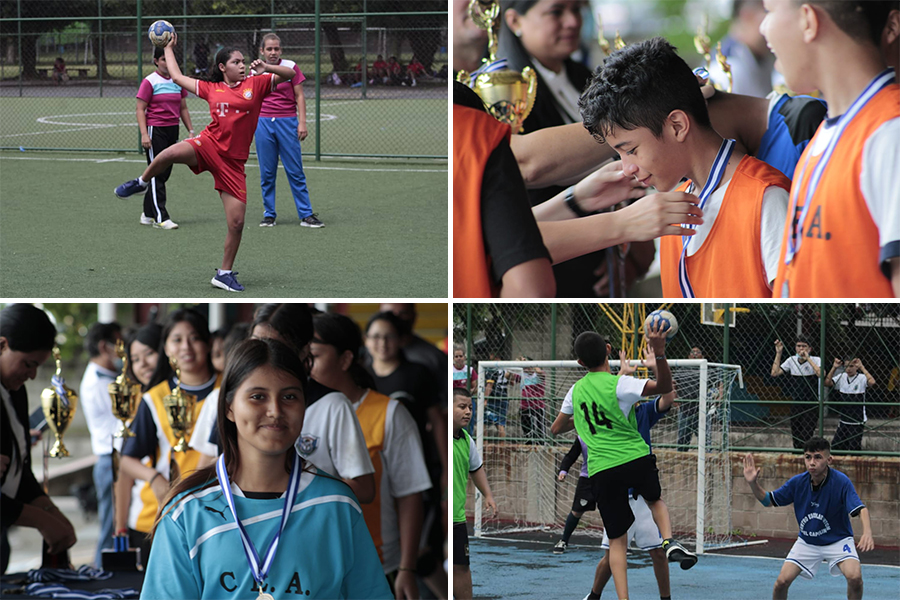