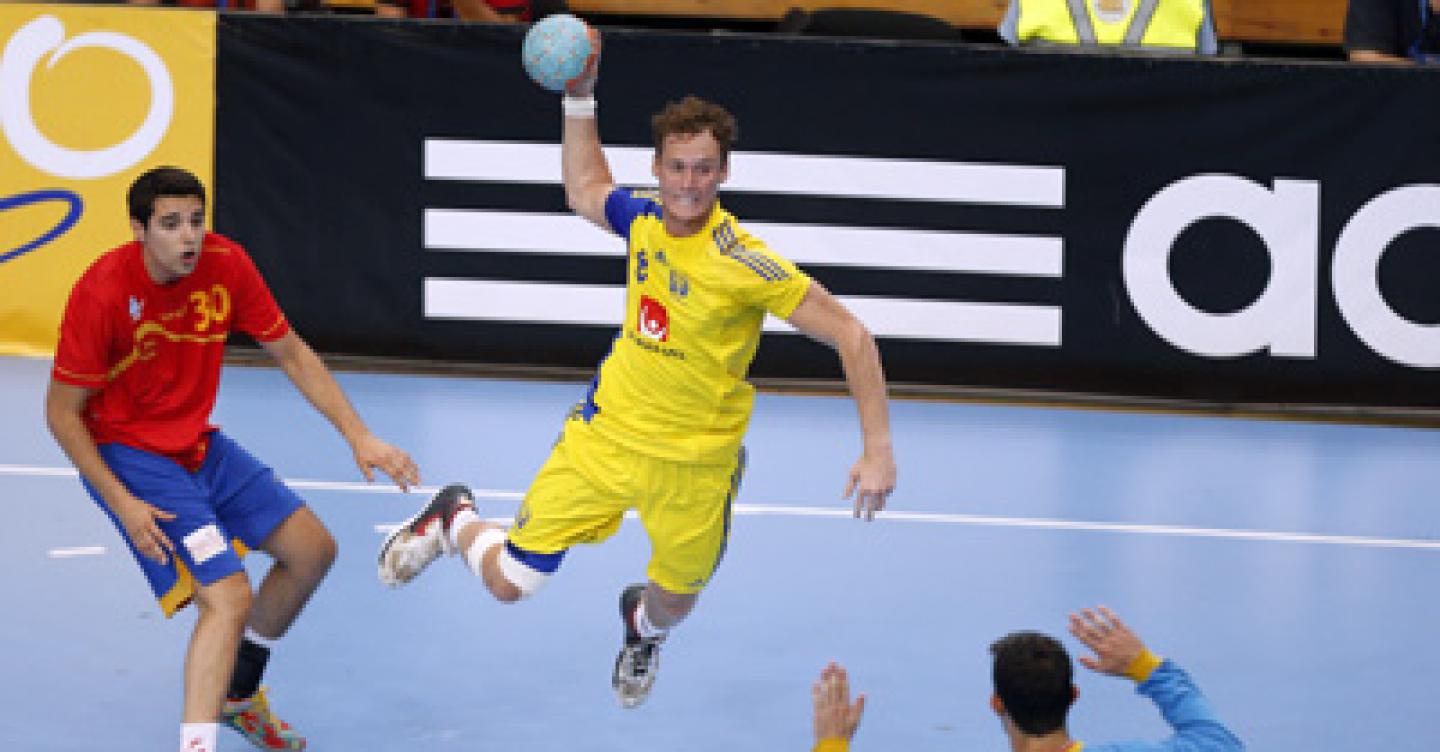 Sweden is the new Men’s Junior World Champion – after a tough and intense fight in the final against Spain. The Scandinavians won by 28:23 (12:10) and took their overall third Men’s Junior title after 2003 and 2007 on Sunday (28 July) in Sarajevo. The Spaniards lost their fifth final in this age category after 1987, 1989, 1995 and 2001. One of their match winners in a real battle  was All-Star-Team goalkeeper Peter Johannesson.

Finally Sweden was the clearly dominant team at the World Championship, winning all their nine matches in Bosnia-Herzegovina. Spain missed to be the first country since 1990 to hold the titles of Men and Junior World Championships at the same time.

Boosted by another brilliant performance of All-Star-Team goalkeeper Peter Johannesson, Sweden started highly successful. Spain, being far below par in attack in the beginning, nearly missed every chance. Coach Alberto Suarez took his first time-out already at 1:3, but nothing changed: Spain caused turnovers or missed their shots, while Sweden punished every mistake by counter-attack goals. After eight minutes and the 1:5 Suarez again had seen enough and took his green card. But still the downswing was not stopped: Johannesson saved brilliant or the defence wall stood like a rock, and the Scandinavians extended the gap to 7:2 and 10:5 in minute 22. Only then the Iberians found their rhythm. First they improved their defence, then All-Star Team right back Alex Djushebaev  guided his team by hammer goals. Two minutes before the halftime buzzer the margin was nearly closed at 9:11 – and this distance kept until the break.

Right at the beginning of the second half the match became hectic: First Swedish player Ole Forsell Schefvert had to be carried out on a stretcher with a severe face injury after the 11:12, then Johannesson was hit at the head twice by Spanish shots within only one minute. Costoya used the confusion to equalize for the first time at 12:12 in minute 34.

But Sweden showed a response of defiance in a partly fiercely match, scoring three straight goals in only two minutes and adding even the 16:12 to their tally. But as goalkeeper Daniel Arguillas saved brilliantly in this period, the Iberians were back on track again at 17:17 – and Swedish coach Jan Karlsson took his time-out.

And his players understood, what he was saying, increasing the gap pre-decisively to 24:19, including a triple counter attack strike of All-Star Team player Andreas Berg. Spain was too nervous in this period, while Sweden even could cope with the red card against their defence specialist Anton Lindskog. And finally the match was decided, when Albin Lagergren hit the net for the 26:21 two minutes before the end.