Handball, school and success: The HandbalAcademie brings another round of plaudits for Dutch handball

Three years ago, the Netherlands turned heads when they won the IHF Women's World Championship for the first time in their history. The performance was just the culmination of a series of outstanding results, a silver medal at Denmark 2015 and a bronze medal at Germany 2017, with the same results repeated at the EHF EURO 2016 and the EHF EURO 2018.

It was just a marquee result for the Dutch side, which was an outsider one decade before the gold medal but established themselves as one of the top teams in the world, underlining what a well-executed plan, born in 2005, was.

Without a strong league, a large pool of players to choose from and any tradition whatsoever in the sport, many scratched their heads: how did the Netherlands go from an unknown to world champions in such a short time? The answer is simple and was also put in the spotlight in the summer of 2022: HandbalAcademie.

As the name suggests, it is the conveyor belt of talent, which provided some of the greats in the past 15 years, players like Lois Abbingh, Estavana Polman, Dione Housheer, Tess Wester and Danick Snelder. Now, other players are coming to the front. The Netherlands was the only side to have secured a semi-final berth at the IHF Women's Youth World Championship and the IHF Women's Junior World Championship, which were held this summer in North Macedonia and Slovenia.

"The plan was to establish our identity and create some good players in the future. Everything was created in 2005, and it was a project which was nurtured by the Dutch Handball Association in collaboration with the Dutch Olympic Committee. In fact, it was a pilot project, which is now found in other sports, like volleyball or basketball.

"We borrowed some things from the Scandinavian countries because it is challenging to develop something from scratch, but all the hard work put into it helped the Netherlands become a powerhouse in world handball. But we also needed some buy-in from the players," says Ricardo Clarijs, the head coach of the women's academy, who was also on the bench for the Dutch side in both tournaments. 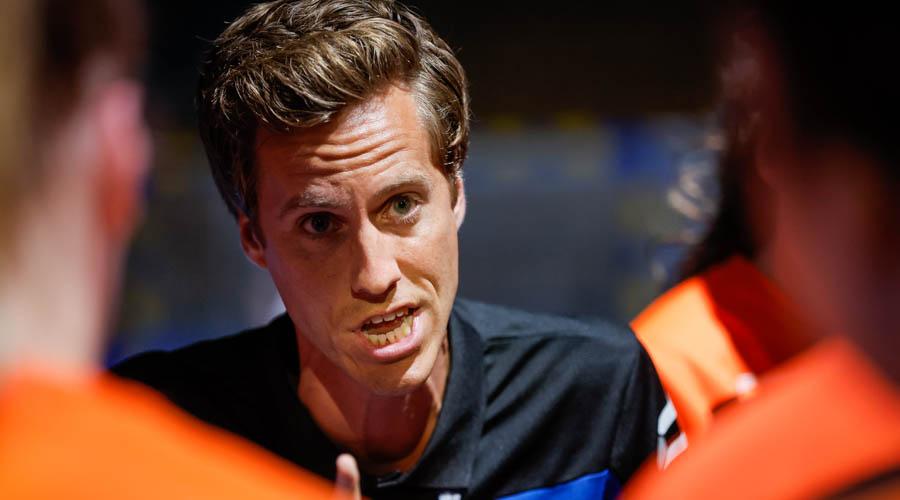 Netherlands sealed the bronze medal at the 2022 IHF Women's Junior World Championship. They finished fourth, just shy of the podium at the 2022 IHF Women's Youth World Championship, with some fantastic performances. In fact, they were one of the only two teams to secure a semi-finals berth in the two competitions, alongside Hungary, ahead of powerhouses like Norway, Denmark and France, a testament to the hard work put into developing players.

They also played the same brand of fast-paced handball in attack, with a strong focus on defence, precisely the one the senior team uses during international competitions. It is not an accident; everything is done by design, as the plan is clear.

However, sacrifices must be made, as success does not come easy or just designing a system and not maximising its potential. The top young players, who are just turning 15 or 16 years old, are identified and invited to take part in the HandbalAcademie, which is situated in Papendal, on the outskirts of the Dutch city Arnhem.

"They are training here and playing from Monday to Friday; they can go home at the weekends. We tell every player before coming here that they will stay here for 300 days a year, 250 of which will be hard, difficult and bring a lot of work. Yet plenty of them know what they are signing up for and do it without any shadow of a doubt because everybody can see the results."

"We are doing a lot of training, and we build players both from a handball viewpoint and a personal one. We teach them how to become better in every aspect of life. They train, play games and also go to school. The philosophy in the Netherlands is that school is significant because everything can change quickly, with an injury or bad luck, and everybody has to be prepared. We say that sport is important, as is maintaining a healthy lifestyle. But school is paramount. Therefore, school is also a focal point in the HandbalAcademie," adds Clarijs.

However, this strategy also brings some risks to the table. Clarijs and all the staff at the HandbalAcademie are not only coaches or physiotherapists. They also need to be up to par with the psychological part of a group because they are, basically, parents. HandbalAcademie is not only providing education and improving players; it is also a family.

Maybe this is why its success has been outstanding over such a lengthy period, as the 17 years of functioning have produced countless medals in all sorts of major international tournaments. Yet staying so long on the top is not easy, nor comes without a great deal of work. A bit of luck is also needed to find the right talent to nurture, as handball's tradition in the Netherlands is not huge, with the sport only breaking through in the spotlight in the last few years. The depth was always an issue for the Dutch side.

"Of course, it is difficult because the summer is basically booked for them, and they have little spare time, but this is how a player develops, playing through thick and thin. They had an excellent experience at Slovenia 2022, but then, at North Macedonia 2022, they were leaders; it was a different role. But it is a way to learn and improve," adds Clarijs.

The 32-year-old coach, who is also the assistant coach at the Dutch senior women's team, says there is no other place where he could feel better than in this position, despite the pressure of the work.

But the HandbalAcademie has been a real success and has inspired even other sports to follow suit. For handball, though, geography has played a good part in the success, as the Netherlands constantly provides players to the stronger leagues in Denmark or Germany.

"To be a professional handball player, this is the step one must make to succeed. But it is a recipe that worked for many players in the past; therefore, we must expect it to continue. Players know the cultures, are already polished and succeed immediately," says Clarijs.

The senior side has indeed taken a step back in the past year, failing to make the podium at the IHF Women's World Championship or the EHF EURO. Yet the plan still works like a charm.

"When we started HandbalAcademie, nobody thought we would win the World Championship. The goal was to qualify for the Olympic Games and cement handball as an Olympic sport in the Netherlands. I think this is a big success, and I do not see why this can not continue in the future. As proven in these past two tournaments, the Dutch handball and the master plan still work very well, " clarifies Clarijs.

The Netherlands not only dazzled and surprised in the younger age category championships in indoor handball but showed superb development on the beach.

In their first-ever participation in the world flagship event, the IHF Beach Handball World Championships, the Netherlands finished third in the women's competition. The first medal was secured with a 2:1 win in the bronze-medal game against hosts Greece — the champions of the previous edition. 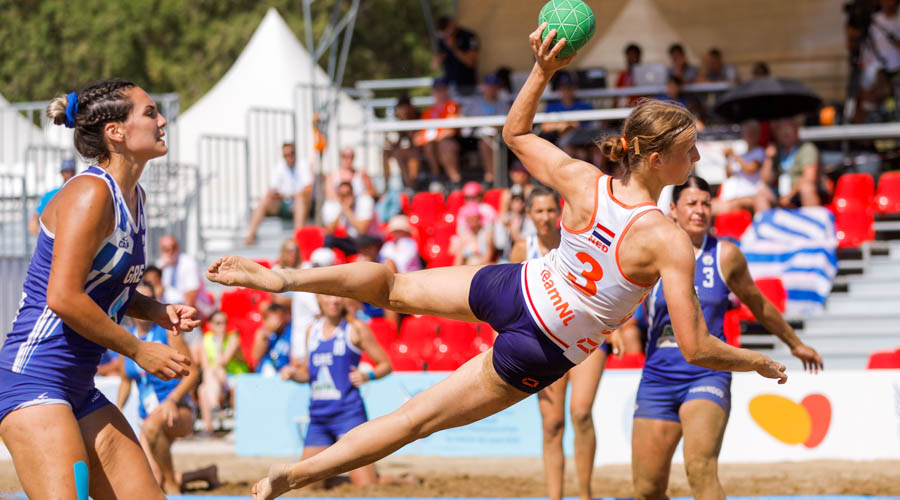 The Netherlands' performances turned many heads, and players shone on an individual level, with Rianne Mol being named the best defender of the competition and 18-year-old Meike Kruijer dazzling with her skills. It was Kruijer who scored the decisive penalty in the bronze-medal game against Greece.

One week earlier, the Dutch had won the silver medal at the 2022 IHF Women's Youth Beach Handball World Championship, with perfect results until the final, ending in a shoot-out against Spain.

With the focus on developing young players in all disciplines and the results showing more and more, the Netherlands' project is simply working better and better. It is not a coincidence or something that came out of thin air — just good old-fashioned work that has yielded results and seems poised to continue doing so.