Gold for Germany: The defending Champion won the final 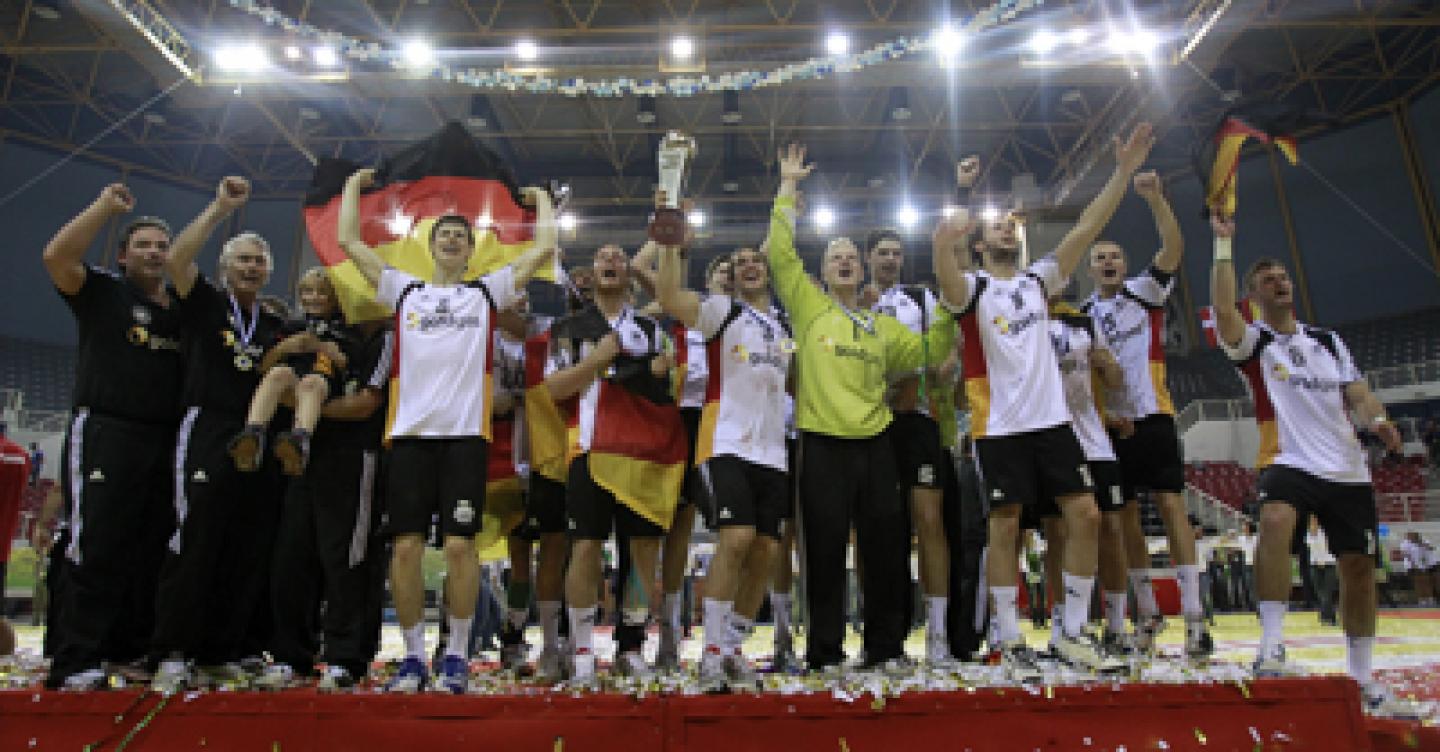 The defending Champion won the final

The final of the Junior World Championship between Denmark and Germany ended with a well deserved victory for the German team.

Even though the result was  a clear 27:18, it was a few minutes long a immensly tight match. But as the Germans played an obvious strong defense, Denmark had big difficulties to score the so called "easy goals". Consequently defending champion Germany was leading in halftime with a result of 13:10.

After the break, in minute 43, the Danes found their spirit back and caught up to a draw (15:15). Suddenly they started to play much better than their competitors: The game seemed to turn, but this was only a flash in the pan. After weak 14 minutes, Germany stroke back from 17:16 to a 22:17 pre-decision in minute 52. The game was decided and the German youngsters started their celebration, leading 25:18, already on the field three minutes before the final whistle. The previous World Champion is also the current one.