From the 24 teams that entered the group phase of the 2021/22 season of the EHF European League Men, the second-tier European club competition, only 16 earned safe passage to the Last 16 phase.

6,976 goals were scored in the 120 games played throughout the group phase, as three German sides, three French sides, two Portuguese teams and one team from Croatia, Denmark, North Macedonia, Poland, Spain, Sweden and Switzerland each progress to the next phase of the competition.

Only one team finished the group phase undefeated – German team SC Magdeburg, who are boasting an impressive season, with only one loss in all the competitions they played in.

The most balanced contest in this phase of the competition was Group D, where the final standings were decided in the last round. A win would have seen HC Eurofarm Pelister challenge for the second place, while a loss against AEK Athens HC might have thrown the North Macedonian side out of the competition.

Dominating the game and clinching a 30:19 win was enough for Pelister to seal second place in the group, after Portuguese side Sporting CP took a 32:30 win against USAM Nîmes Gard in the last match. However, Nîmes still claimed first place thanks to their two wins against Pelister this season, while AEK Athens HC and Grundfos Tatabanya HC were eliminated. 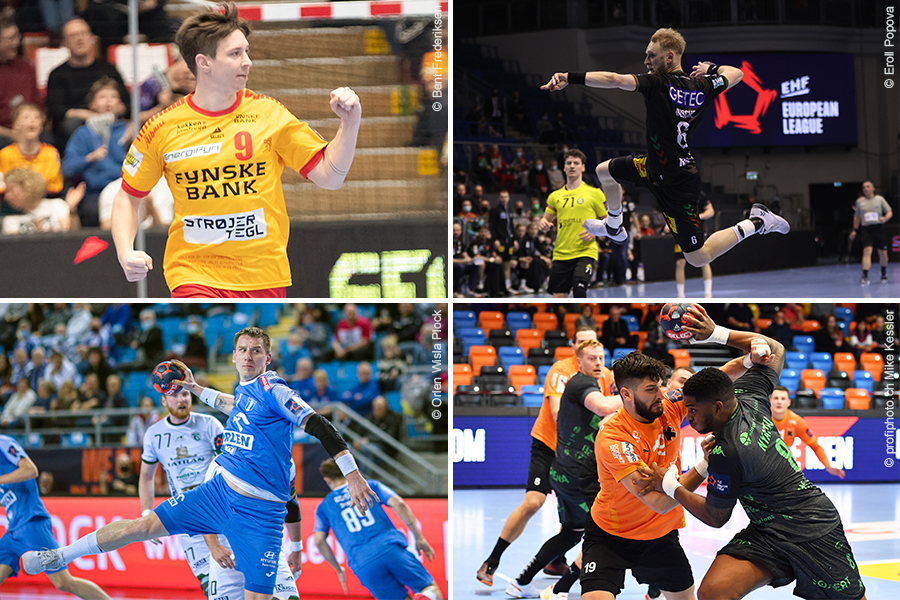 Group A’s winner was decided with only seven seconds to go in the last match of the last round, between the top two sides in the standings. Füchse Berlin, who had won the first match against Orlen Wisla Plock, needed a draw against the Polish team.

However, Wisla Plock’s left back Sergei Mark Kosorotov scored with seven seconds to go to seal a 29:28 win, that saw Wisla Plock take the first place in the standings (18 points), two points ahead of Füchse Berlin. Fenix Toulouse and Bidasoa Irun were the other two sides that also progressed to the next phase, as TATRAN Presov and Pfadi Winterthur were eliminated.

GOG, one of the strongest Danish sides this season, needed a bit of help to clinch the first place in Group B. The most efficient attack in the competition – scoring 340 goals in 10 games – lost their last game against TBV Lemgo 35:39 but still finished first thanks to SL Benfica’s last-gasp 31:30 win against HBC Nantes.

The French side finished third, while Lemgo were fourth, while Finnish side Cocks and Chekhovskie Medvedi were eliminated.

The Last 16 phase of the competition will be played in a double-header, scheduled for 29 March and 5 April.