There are only two games left at Spain 2021 and we have just watched two amazing semi-finals, which truly delivered some amazing handball from the best four teams in the world right now. France rode a magnificent comeback to secure their sixth final berth at the IHF Women’s World Championship, with a 23:22 win over Denmark, while Norway took a convincing 27:21 victory against hosts Spain.

Why did those results happen? What prompted them? And what will we see in the final? These are questions we are trying to get the answers to in the next minutes.

Defences come out on top at Spain 2021

While handball has been developing at a fast pace in the last decades, so have the mechanisms of coping with the top defences in the world. Therefore, while Spain 2021 has seen the second-largest scoring average per game in history, currently 56.37 goals per game, only behind Russia 2005, the two semi-finals, which featured clashes between Denmark and France in the first game and Norway and Spain in the second one, were the third-lowest goal scoring affairs since the semi-finals have been introduced at Austria/Hungary 1995. As Denmark, France, Norway and Spain were the teams that conceded the least goals on average at Spain 2021, their defensive skills surely mattered in reaching this amount.

The 93 goals scored between the four teams have been the lowest since Serbia 2013, when the semi-finalists combined for only 90 goals, scored by Brazil, Denmark, Serbia and Poland. The record, which will probably be very hard to top, was set at Denmark/Norway 1999, when, coincidentally, France and Norway were also the two teams to win the semi-finals. In 1999, France took an 18:17 win against Romania, while Norway enjoyed a 30:18 win against Austria. The improvement in defensive play since the last edition in Japan in 2019 was impressive, with 22 less goals scored in the penultimate act of the IHF Women’s World Championship in Granollers. 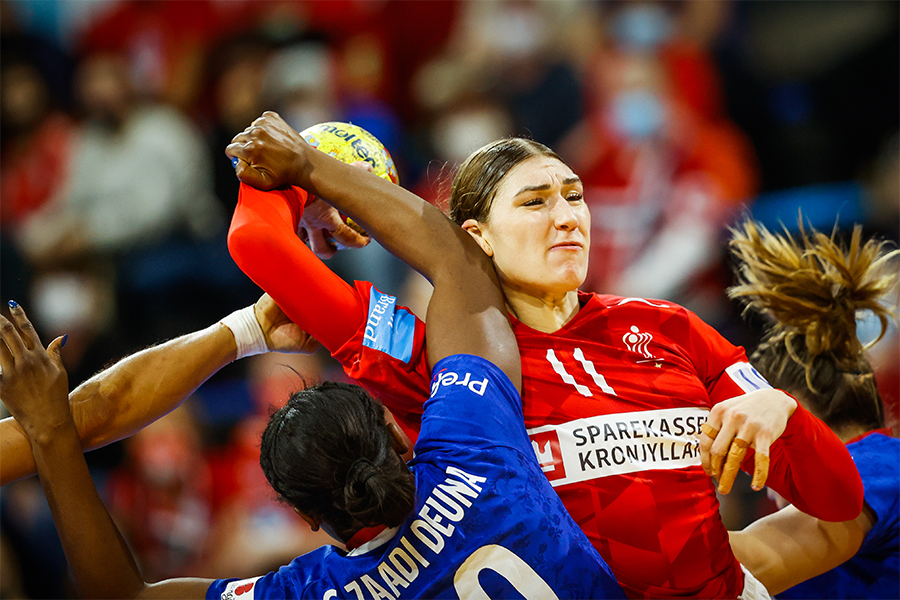 France are still unbeaten in semi-finals

France have been one of the most successful teams in the history of the IHF Women’s World Championship, placing fifth in the all-time standings of the competition, with five medals – two gold and three silver ones. Their 23:22 win against Denmark in Friday’s semi-final also means that Olivier Krumbholz’s side kept their record intact of winning every single one of the six semi-finals they played in the world handball flagship competition, a feature that no other team that qualified for the semi-finals at least five times has ever achieved.

Led by coach Olivier Krumbholz each time, France have never won a semi-final by a margin larger than five goals, with lopsided games having not been France’s forte historically. Yet, the 23:22 win against Denmark on Friday was also the tightest game played by France in the semi-final at the IHF Women’s World Championship, as the previous record was their 28:26 win against Ukraine at Denmark/Norway 1999, in their first semi-final. 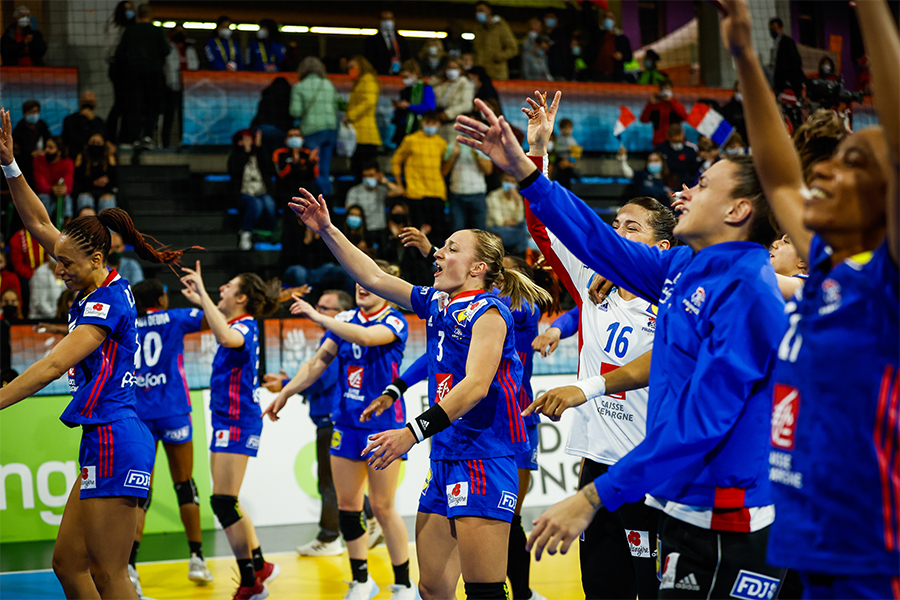 Norway aim for the top

Norway have been nothing short of amazing in the past decades, winning the competition three times, at Denmark/Norway 1999, Brazil 2011 and Denmark 2015, every time with dominant performances, but losing one game. Still unbeaten at Spain 2021, the Scandinavian side could secure their first gold medal at the IHF Women’s World Championship as an unbeaten side, with their only blip on the radar being the 30:30 draw against Sweden in the main round, when they led by as many as four goals in the second half but dropped their level just enough so their rivals could clinch a draw, mounting a massive comeback.

With a win in the final on Saturday, Norway could climb to the top of the all-time leaders ranking in the IHF Women’s World Championship, having already secured their 11th medal, the largest total in history, with two medals more than Hungary and five more than Yugoslavia and France. The Scandinavian side are now tied with the Soviet Union and the German Democratic Republic, with three gold medals, and can go joint-top and tie Russia, who won four gold medals.

With another medal surely in the bag, Norway extended their tally in major international tournaments to 30, 12 at the Women’s EHF EURO, 11 at the IHF Women’s World Championship and seven at the Olympic Games, in 45 entries, a 66.6% efficiency. 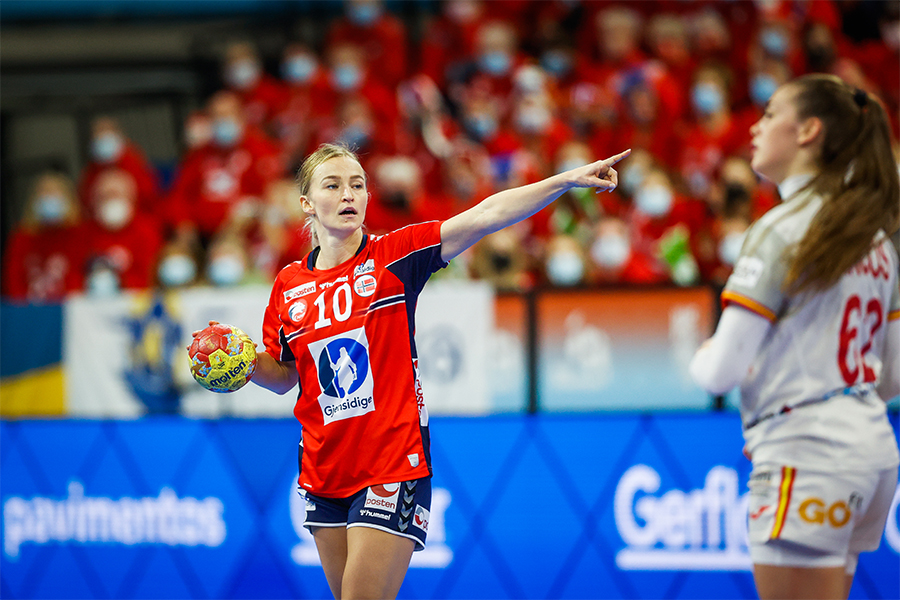 Decorated coaches measure up once again

When France and Norway meet in the final of Spain 2021, two of the most decorated coaches in handball history will face up, as Olivier Krumbholz and Thorir Hergeirsson fight again for a medal. The last competitive meeting between the top two tactical masterminds in women’s handball took place in the EHF EURO 2020 final last December, when Norway secured a narrow 22:20 to win the record eighth title in the competition. But their rivalry goes way back, since Hergeirsson inherited Norway’s head coach position from Marit Breivik in 2009. Krumbholz has only beaten Norway twice, in the group phase at the Olympic Games London 2012 (24:23) and in the IHF Women’s World Championship final in 2017 (23:21).

He lost two finals, at Brazil 2011 (24:32) and at the EHF EURO 2020 (20:22), with France only winning three of the 18 matches they played against Norway. However, Krumbholz’s career has been one of the most checkered on the planet, having won 11 medals in the major international tournaments – five at the IHF Women’s World Championship, two at the Olympic Games and four at the EHF EURO. On the other hand, Hergeirsson has won 12 medals – five at the EHF EURO, four at the IHF Women’s World Championship and three at the Olympic Games. 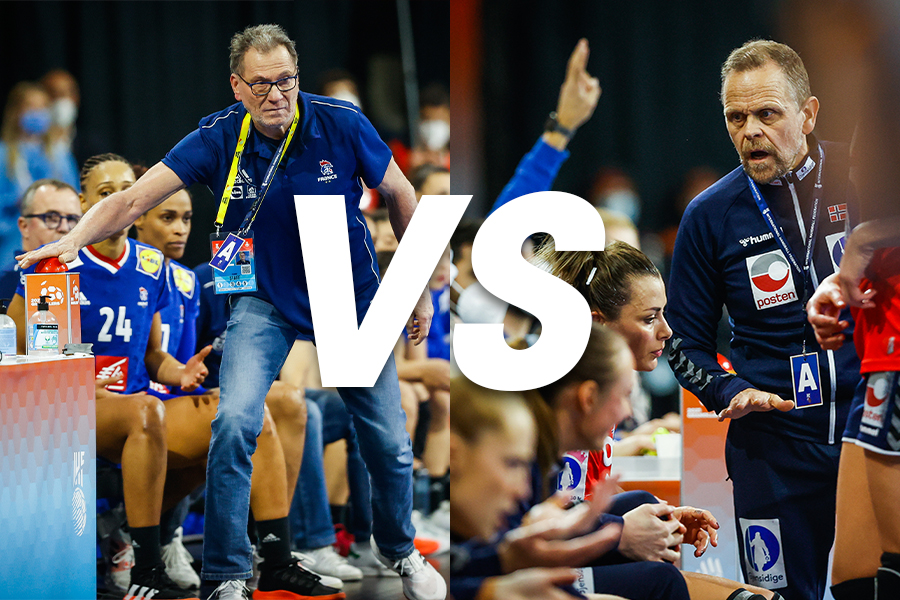 Experience is paramount in the dying stages of a major competition like the IHF Women’s World Championship, therefore it is no surprise that France and Norway won their semi-finals against Denmark and Spain, as both the two teams’ players and coaches have been in crunch matches more times than their opponents. Credit where credit is due, Jesper Jensen, who has been named as the Denmark women’s national team coach in early 2020, has rejuvenated the Scandinavian powerhouse, taking them to the semi-finals in his first two major tournaments, the EHF EURO 2020 and Spain 2021. Yet, Denmark conceded losses in both those semi-finals, against Norway in 2020 and France in 2021, despite leading throughout the game by important margins. Whether it was the inability to surprise their opponents in difficult moments or the players collapsing in crunch time, Denmark lost each time and must improve to finally get the silverware they are chasing since taking the bronze medal at Serbia 2013.

On the other hand, Spain surprised many when they replaced Carlos Viver with Jose Ignacio Prades in September, with only three months before Spain 2021throwing off. The 46-year-old coach has plied his trade in the Spanish league at BM Elche, BM Elda Prestigio and CB Atlético Guardés before signing up for the challenge and, prior to the semi-final, his record was unblemished, with 12 wins out of 12 games. However, Norway proved to be a whole other monster to take care of and both his lack of experience and the one showed by some of the Spanish players was the foundation of their undoing. 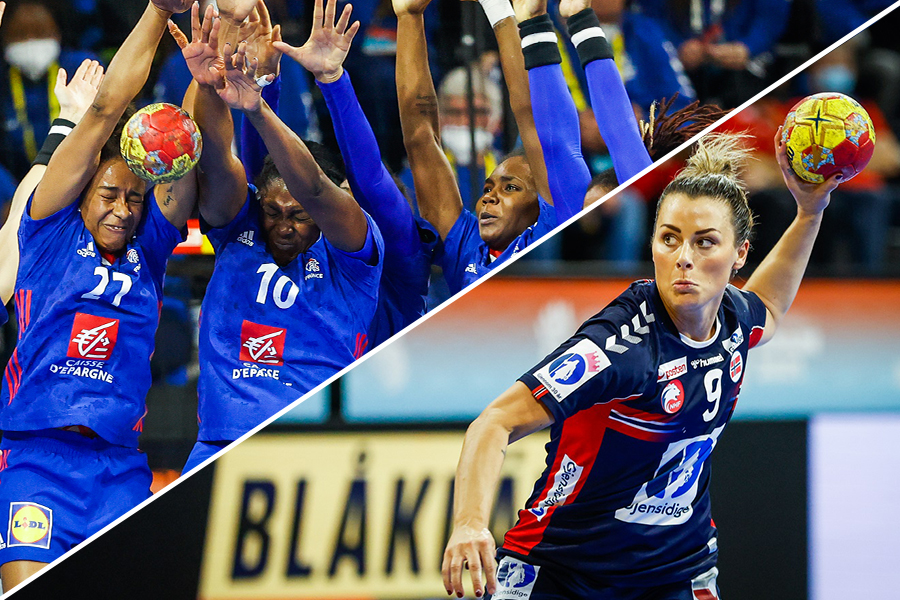