The 2023 IHF Men’s World Championship Qualification Europe – Phase 1 concluded on Sunday 16 January, as the remaining berths for Phase 2 were awarded.

The Faroe Islands, Italy and Belgium joined Estonia, Finland, Greece, Israel and Romania, who had previously secured safe passage to the Qualification Phase 2, which will be played from 14 to 20 March 2022.

Group 4 of the Qualification Phase 1 was played in a round-robin tournament in Tórshavn, Faroe Islands, and went down to the wire after neither of the four teams did manage to sweep their opponents.

The hosts went down 26:31 in the first game of the group, against Luxembourg, after a disappointing performance in front of a packed Høllin á Hálsi Arena in Tórshavn. However, they bounced back over the course of the weekend with a crucial 27:26 win against Italy and then securing safe passage through a 26:19 win against Latvia on Sunday.

Despite their first-game win against the hosts and a great overall performance from Yann Hoffmann, who scored 17 goals in three games, Luxembourg failed to progress after recording only a draw against Latvia, 30:30, and losing their last game against Italy, 28:29, by the slightest of margins.

The Faroe Islands won the group, thanks to the win against Italy, with the ‘Squadra Azzurra’ finishing second, one point ahead of Luxembourg and three points ahead of last-placed Latvia. 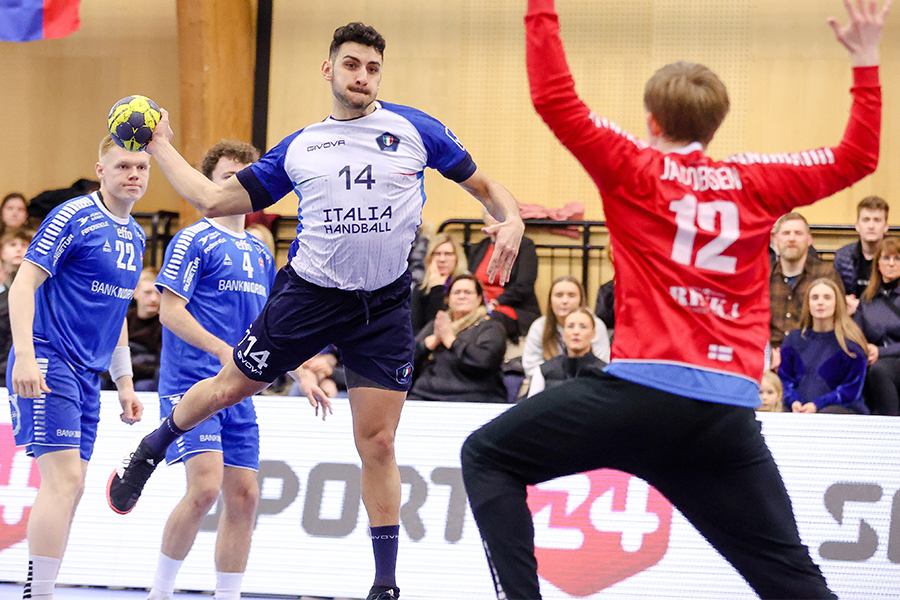 “We went through all kinds of emotions, we suffered a lot, but we had a super motivated squad, who gave it all on the court,” said Italy’s coach Riccardo Trillini according to the official website of the Italian Handball Federation.

Group 1, the only one not to be played in a tournament format, with every team hosting the other three between November 2021 and January 2022, was one of the most balanced in the competition, despite Greece running away with a clean sweep, with six wins out of six games and a +34 goal difference.

The second place remained a three-team affair until the end of the schedule, as Belgium ran away with the spoils after winning two of the last three games, both on home court. Their 37:28 win against Turkey was crucial, but the most important one came on Saturday 15 January, when they started strong and never looked back, clinching a 33:29 win against Kosovo.

With Greece sealing a clear 28:20 win against Turkey, the five points secured by Belgium were enough to earn them safe passage, with Turkey finishing third with four points and Kosovo ranking fourth with three points.

“I am very happy for my players and proud to have secured progression to the next phase of this qualification process,” said Yerime Sylla, the Belgium national team coach. 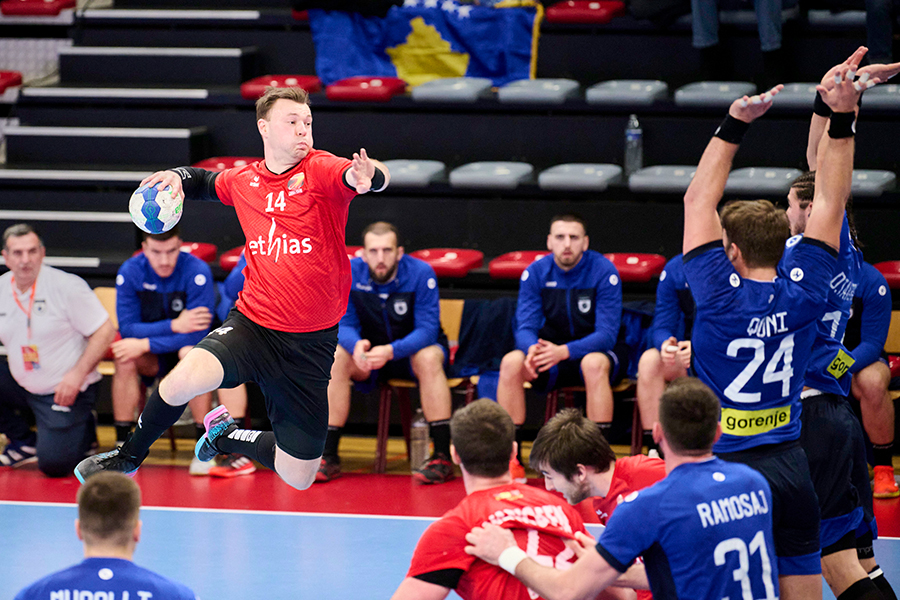 Previously in the Qualification Europe – Phase 1 for Poland/Sweden 2023, Finland won Group 2, preserving their undefeated status against Estonia, Georgia and Great Britain, in a tournament played in Vantaa, Finland. Estonia, who won against Georgia and the Great Britain team, secured second place.

In Group 3, which was also played in a round-robin tournament format, Romania secured first place with wins against Israel and Moldova. Israel joined Romania in the next phase after a 42:31 victory against Moldova.

In 2023 IHF Men’s World Championship Qualification Europe – Phase 2, the eight qualified teams from Qualification Phase 1 will join Switzerland, the best ranked team in Europe to fail to qualify for the Men’s EHF EURO 2022, and the lowest-ranked teams of the European premium tournament. The double-headers will be played between 14 and 20 March 2022.

The winners will progress to the second part of the Qualification Phase 2, where they will face the nine highest-ranked teams from the Men’s EHF EURO 2022, with the double-headers scheduled between 11 and 17 April 2022.

Besides the two hosts and reigning champions Denmark, the top three teams of the Men’s EHF EURO 2022 will be directly qualified for Poland/Sweden 2023.