For the 13th time in history and the second time in a row, Egypt delivered a superb performance to be crowned champions at the CAHB African Men’s Junior Championship. The Pharaohs clinched the gold medal at the latest edition of the competition, which took place between 20 and 27 August 2022, with a five-game winning streak, including the largest-ever win in the final of the competition, a 20-goal total domination of Algeria, 35:15.

Eight teams were at the start of the 2022 CAHB African Men’s Junior Championship after the Central African Republic retired before the beginning of the competition. The sides were divided into two groups of four teams each.

The round-robin format saw four teams proceeding to the semi-finals. Tunisia sealed first place in Group A, with three wins, with Angola following suit in second place, despite their 22:25 loss against Tunisia.

In Group B, there was no question about the winner, as the reigning champions, Egypt, totally dominated their opponents, sealing 40:23 wins against Libya and Congo, with another clear 39:27 win against Algeria.

In a surprising turn of events, Algeria, who finished second in Group B with four points, eliminated Tunisia, 29:25. At the same time, Egypt still went strong, securing a 33:24 win against Angola, to set up another clash with Algeria.

There was little drama in the final, where Egypt secured the largest-ever win in the last act of the competition, 35:15, after thoroughly dominating the match by taking a 16:6 lead at the break. 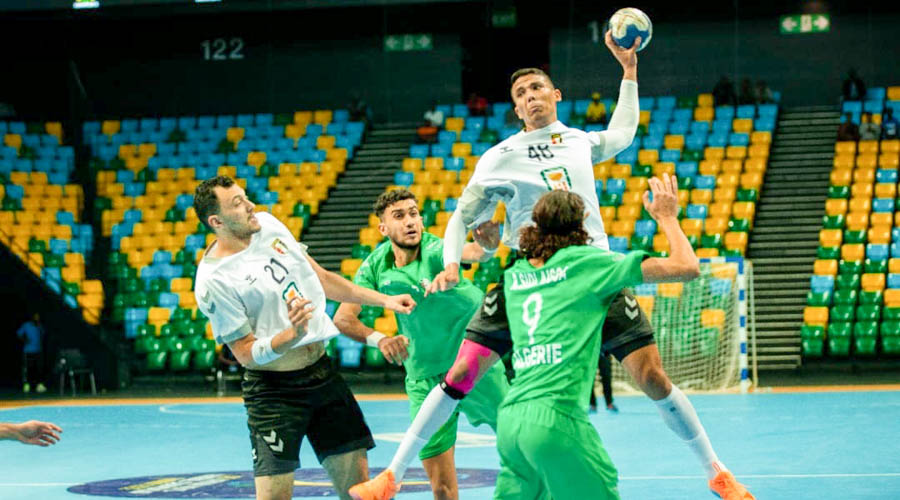 Tunisia sealed the bronze medal with a 24:22 win against Angola, while Morocco finished in fifth place, thanks to a 35:34 win, after penalties, against Libya.

A narrow 35:34 win saw Congo take seventh place, ahead of the hosts, Rwanda, who finished last, with four losses in four games.

Egypt are still the most decorated team in the history of the competition, with 13 gold medals in 20 editions held up until this point, 13 of which are gold, followed by Tunisia, with 18 medals, only four gold, and Algeria, with 12 medals. However, Algeria secured their best-ever finish at the CAHB African Men’s Junior Championship since 1996, when they also finished second.