With the Olympic Games Los Angeles 2028 approaching, there is an increased focus on improving handball in the United States of America, in a joint effort by the USA Team Handball (USATH) and the International Handball Federation (IHF).

Big steps have been made, as the sport is becoming more and more popular, especially during big events, like IHF Senior World Championships. But handball is also growing organically on the North American continent, with the help of passionate fans, who are making strides to develop the sport.

One of them is Joseph Williams, the president and founder of Detroit Handball Club, a team founded in 2019, that is focusing on promoting handball in the USA, but also giving back to the community and becoming a vehicle of improving the quality of life of young children.

“I played for the Under-21 USA national team and spent time living and playing handball in Denmark. I was inspired by the passion for the sport I experienced in Europe. The state of Michigan, which has a population of about 10 million people, and many other states had zero handball organisations before we started the club, so we saw a tremendous need that must be addressed,” says Williams to ihf.info.

With both the USA men’s and women’s teams qualified for the group phase of the Olympic Games Los Angeles 2028, the focus is on improving handball as a whole throughout the United States, a big challenge for a sport that faces a huge uphill battle.

“It is difficult to get the sport to the place where it should be in the American sporting landscape, but it is a deeply rewarding effort which helps make the challenges more fulfilling,” adds Williams.

“We want to become the Handball City of USA”

First steps have been made last week by Detroit Handball Club as they partnered with the Detroit Public School District (DPS) in order to provide every public school student in the city of Detroit with the opportunity to learn and play handball. 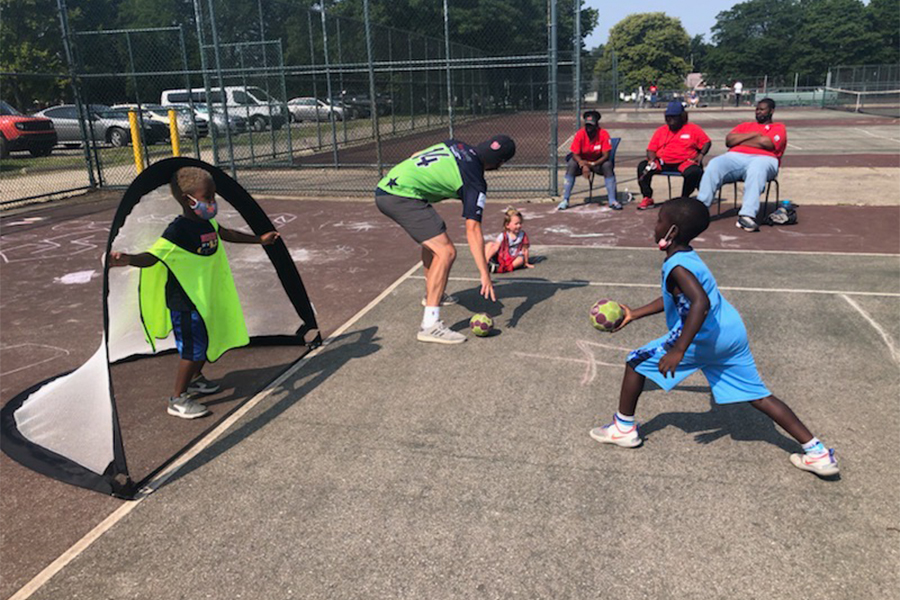 As the recession has hit Detroit hard, one of the less affluent major cities in the United States, sports are often seen as means to escape challenging circumstances and achieve a better life.

Therefore, the Detroit Handball Club is offering a lifeline for young children to start take up the sport, having also partnered up with the NBA franchise, the Detroit Pistons and other charities and public institutions, which enabled the team to teach handball to hundreds of children in poor and underserved neighbourhoods.

The Pistons – through their ‘Neighbors Program’ and through a partnership with a group called ‘ComePlayDetroit’ – also provide activities and programmes for kids in underprivileged neighbourhoods and approached the Detroit Handball Club about participating. Hundreds of children were introduced to handball in the summer of 2021, with Williams being elated over the progress made in the last few months.

“The beauty of this project is that it is meeting the children where they are: the schools. More specifically, because these are the public school students, we are making the sport accessible to children from every background, many of which come from challenging circumstances. Here, sports are viewed as a very positive force in the community. Since handball is fast-paced, high-scoring, hard-hitting, and an inexpensive sport, children are going to have an easy time taking it home with them,” says Williams.

Over 50,000 students aged 5 to 19 are studying in Detroit’s public schools and now all of them will have the chance to study handball and learn the basics of the sport as part of the programme developed by the Detroit Handball Club and the DPS. The aim, as Williams puts it, is to help children to integrate better in the community, but also build them a career in handball.

“I believe we have transitional talents here in the city. How would it feel to have the new Nikola Karabatic in our city and to scout him and mould him into a handball player? Team USA have always targeted gold and it should be no different in handball. Anything else would be un-American,” adds the ambitious Williams. 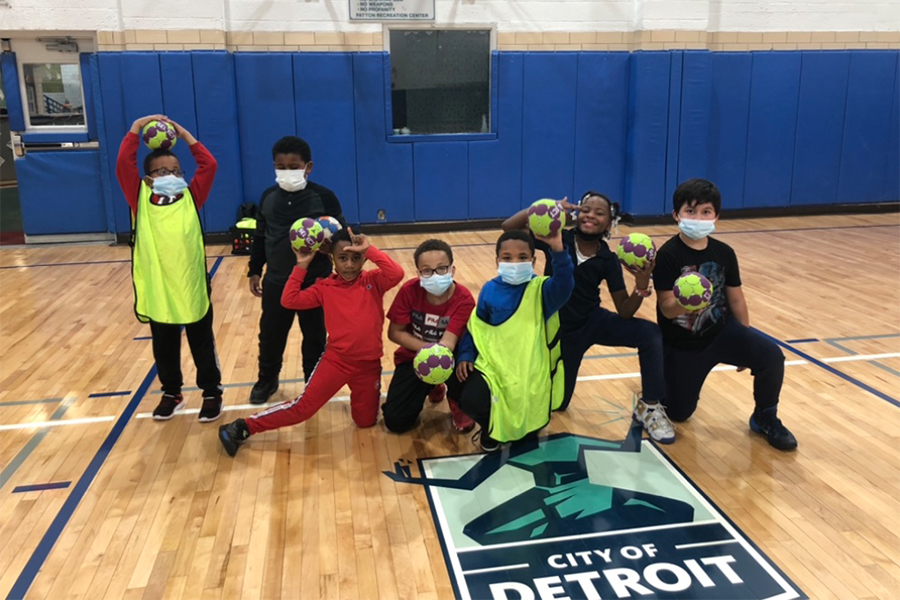 Through partnerships with European powerhouses like Telekom Veszprem HC or Sporting Clube de Portugal, players could improve and refine their skills in training camps with the best players in Europe.

With key steps having already been made into turning the club into a professional unit and developing more players in the last years, Detroit Handball Club have high ambitions as they aim to be a handball city in the next years.

“For Detroit, we want to become the Flensburg or Veszprem of the USA. We want to create a vibrant handball community and make the city the ‘Handball City of USA’. The United States is the land of opportunity and anything is possible here with hard work, passion, and persistence. If we dream big and pursue that dream, good things will happen, and I believe that our progress in Detroit is evidence of that,” concludes Williams.